The NCC’s classic “Chipmunk Loop” has been unrideable in its original form for much of the summer due to the reconstruction of Easthampton’s East Street bridge, but with that project recently completed, I decided to celebrate the return of that route by making Saturday’s C ride a “Super Chipmunk” that would first go up to Wiliamsburg before riding the traditional route.

It seems the season for moderately determined moderately brisk road rides is getting a bit late, and for the first time I found zero riders waiting at Pulaski Park.

Since I knew that Bill was planning to join in from Leeds for his first Saturday C appearance ever, I doubled back home to grab a warmer pair of gloves then shortcutted to the Leads Post Office, skipping some planned filler climb to arrive in Leeds only 2 minutes outside the planning projection.

Our small group ride finally warmed up a bit on the Audubon climb and then Nash/Adams/O’neill (much of it freshly repaved), and the windchill descending North Farms was reversed when I mis-routed us over the hill past the Leeds School, a little pocket of town I’d forgotten existed as I’d only been there at most once before. 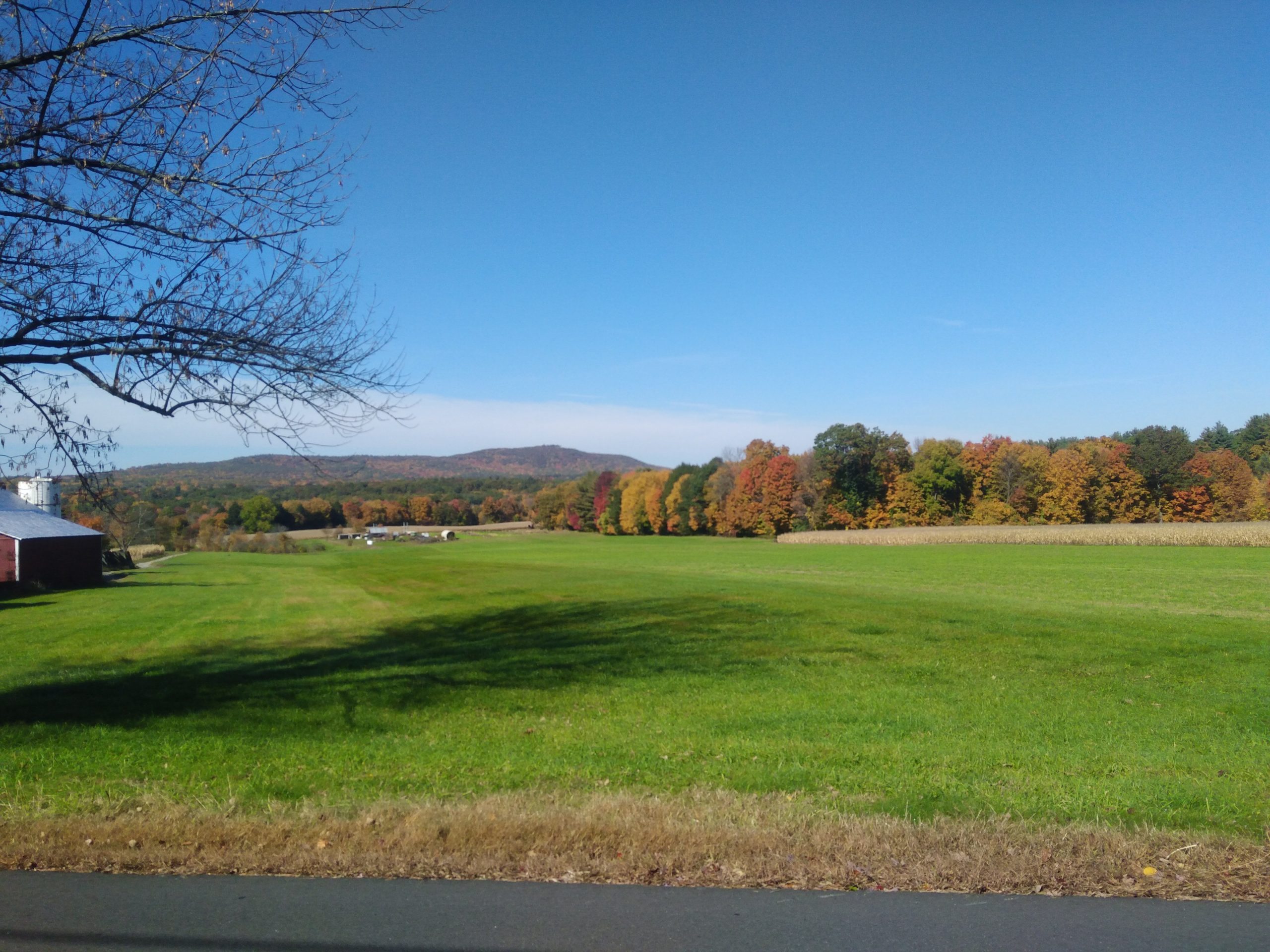 Lots of fall color, and a very odd assortment of bird noises as we approached the Glendale Ridge Vineyards turned out to consist of a battle between actual birds vs bird distress(?) calls being played from a speaker on a pole.  The main loop went smoothly, the repaved bridge is indeed wonderful, though over in an eyeblink.

From Tandem Bagel in Easthampton we went our separate ways, I believe Bill reversed some of the main loop while I decided I didn’t really need to do Park Hill and instead rolled lazily back up the trail on the more traditional route.