…and a great time was had by all.

We had 117 riders complete the 9 mile course and despite the warmer than usual weather, we saw two course records drop this past weekend. Mark McCarthy set a new M70-74 time at 54:08 besting the previous record of 54:49 set in 2021. Incidentally, Mike McCusker also topped the previous record but took second this year to Mark. Erik Vandendries set a new M55-59 record at 44:57, besting the previous record of 45:15 set in 2021. Nobody came close to the overall course records of 36.37 set by Erik Levensohn in 2019 and 44:33 set by Marti Shea in 2010, but Virginie Caspard and Rob Devlin gave it their best shot posting impressive times of 51:52 and 40:47 respctively.

The medals arrived at Mike McCusker’s house at 2:30PM on Saturday, approximately 2.5 hours too late to be of use at our awards ceremony. We do appreciate everyones good humor with that little hiccup. Every year we have an issue or two. With all the moving parts, I’m actually surprised we don’t make more mistakes! Usually everyone is all just blissfully unaware that something has gone awry, but this one was a little more public facing.

Results are posted on iresultslive.com. We had a handful of corrections to make when we realized that there was an error with a few of the finish times. Thankfully we had some great video footage of the finish to help correct our errors. The results have been finalized and medals will be sent out shortly.

The 2022 Greylock committee will be meeting one last time this year in a week or so to gather thoughts on the 2022 event and set the stage for 2023. We are assembling a list of items for discussion based on rider and volunteer feedback – thanks to everyone who took the time to write. If you sill haven’t sent your feedback, just give us a holler, we’d still love to hear from you.

Lastly, for those that are looking for a little more torture this season, don’t forget about Allen Clark on Sunday October 2nd. Online reg deadline is Sep 30.

That’s all for now! 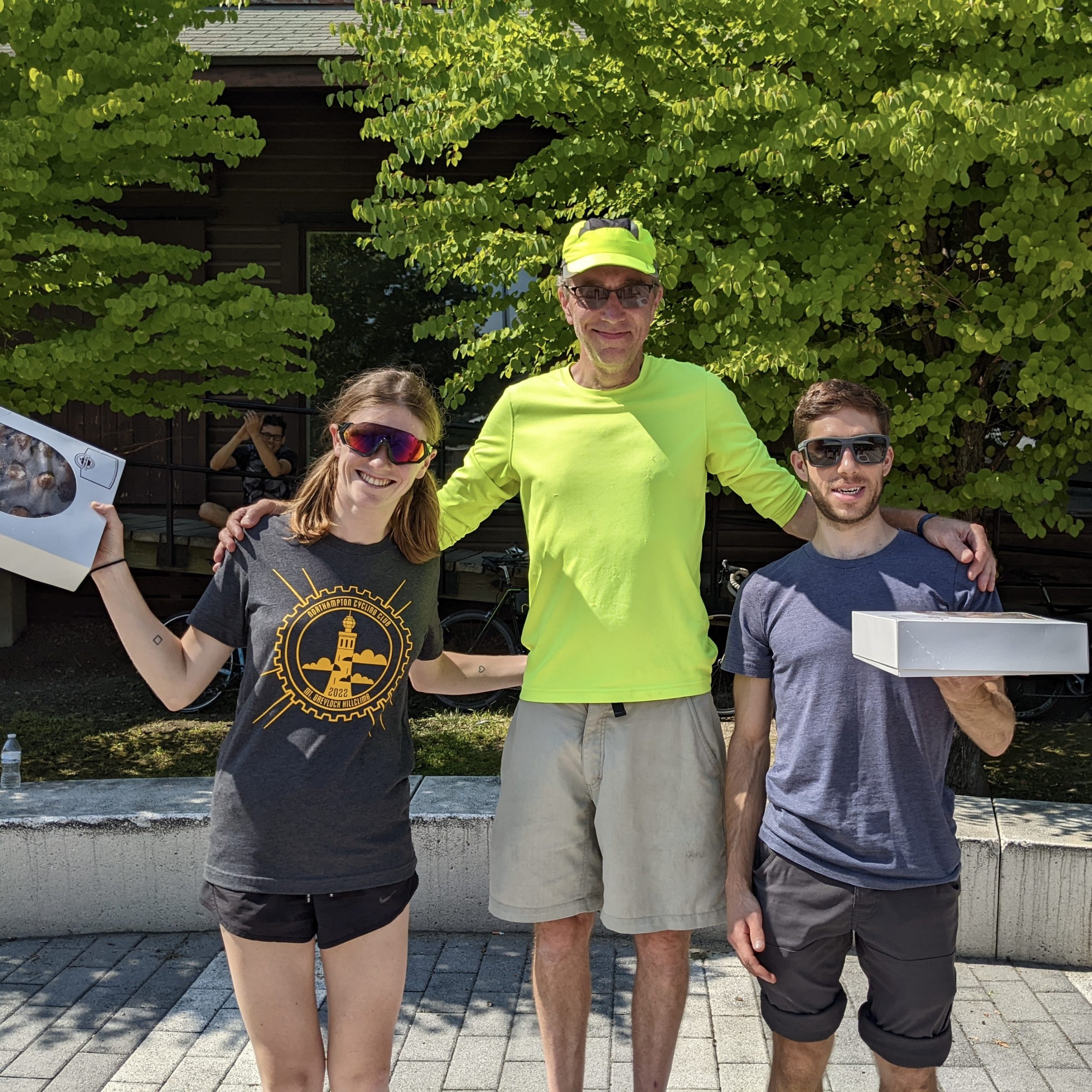