It was another very busy Saturday with many events locally and regionally to choose from.  Many of the usual SMR riders were doing that gravel thing (or volunteering) at the D2R2. But also, we had at at least a half dozen NCC members racing Mt. Washington Auto Road Bicycle Hillclimb.  I’ve participated in both these events several years, but I don’t have the fitness this year.  Knowing attendance may be low to none, I plotted out a route anyway that took us backwards than we normally ride on familiar roads.  I love to do this sometimes, as the scenery is so much different.

Under clear skies nearing 70 degrees (F), just three of us rolled out of Pulaski Park heading over to North Farms Rd to get our legs warmed up.  Climbing into Conway I noticed how low the reservoirs were- I don’t think I ever remember riding by with them this low- definitely in a drought.  Speaking of noticing- since today I didn’t have many wheels to chase, I noticed for the first time the old stone walls on the other side of Conway Rd. Kinda cool what you see when you slow down.

The climb up Shelburne Falls Rd (starting at the Bardwell’s Ferry split)  is newly chip-sealed, making for a much safer descent in both directions.

Instead of heading into SF, we turned off left on to Pine Hill Rd (which changes names many times) and this is where some of what I consider the special and or best parts of the ride were.  Eventually it settles on Beldinville Rd, which gives you a range of open farmland and steep climbs, to a screaming descent into the shade, a quiet narrow road.  It comes out in the middle of Baptist Corner Rd, which climbs into the center of Ashfield where we had our first rest stop.

Elisa opted to head back home, while John and I climbed up Hawley Rd and rode through the Bear Swamp area – always beautiful, even more so in another direction.  From there we headed toward the center of Plainfield, and crossed Rte 116 to enjoy the long and beautiful descent down S. Central St into Cummington center.

Out of Cummington, we rode by the fairgrounds and the lovely quiet gentle downward sloped Cummington Rd toward West Chesterfield.  Which, then have to suffer on the hot climb up Rte 143.  John, as always, was out of my sight while I baked like a big potato.

Not wanting to return home any traditional way, we took South St out of the center of Chesterfield, which drops into Indian Hollow and then the steep slog up into Westhampton on Northwest Rd.  Again, it was very nice to do this in the opposite than we generally ride.

The final feature of the day was descending down the Reservoir Rd wall in Westhampton- it was enjoyable.

Instead of returning to Norhampton, both John and I live in Easthampton, so we went across Rte 66 instead and headed home via the Loudville’s. 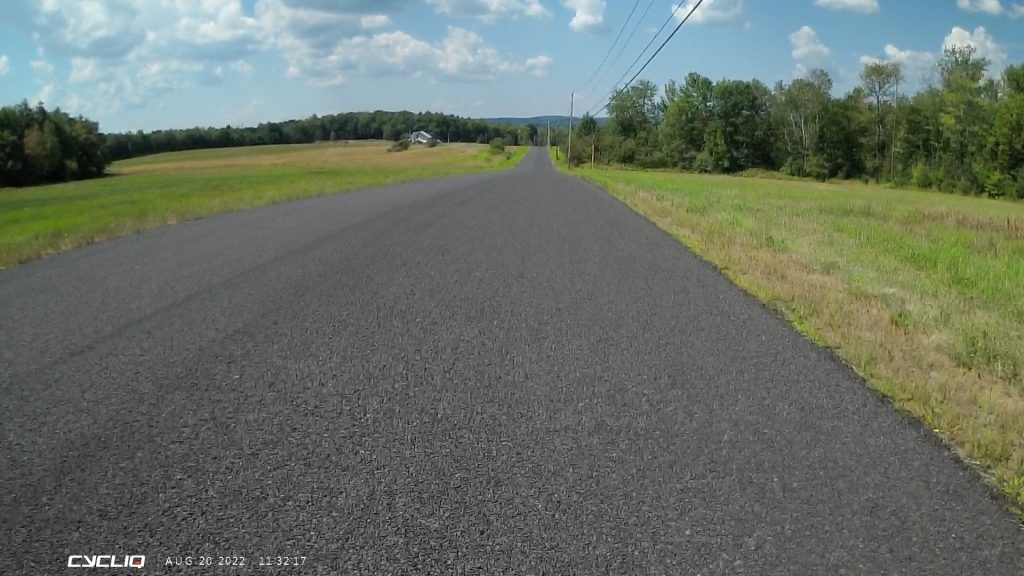 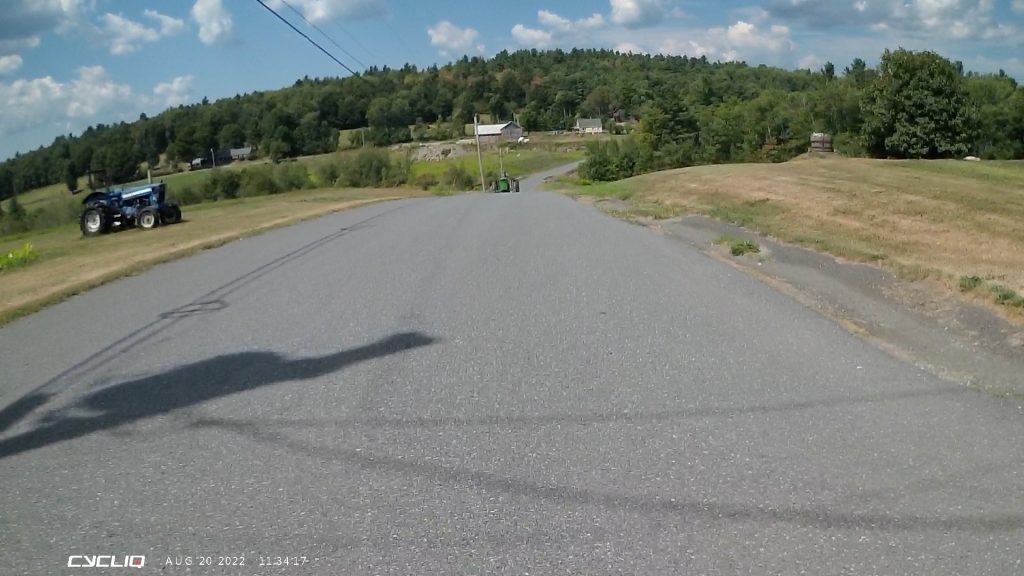