It was both an honor and a learning experience to lead a club ride for the first time this evening. Nine riders met at Pulaski Park for the C ride and set off on a version of the “Whately River” route modified to use Riverside Drive north, and avoid the Long TT in Hatflied on the way home.

For the most part, things went smoothly, though right out of Pulaski I managed to get a few riders stuck trying to cross the street, and then didn’t realize it until the front half had made it through the first two traffic lights. Fortunately we soon regrouped, and turned at the high school onto Riverside, which although it could use re-paving provided a nice tree tunnel along the Mill River.

Climbing out of Haydenville a few sensed something ominous about the weather, so we made an unplanned stop at the junction with North Farms to pull out phones and confirm that nothing problematic was actually forecast, then it was on Whately and the traditional group picture at the post office. 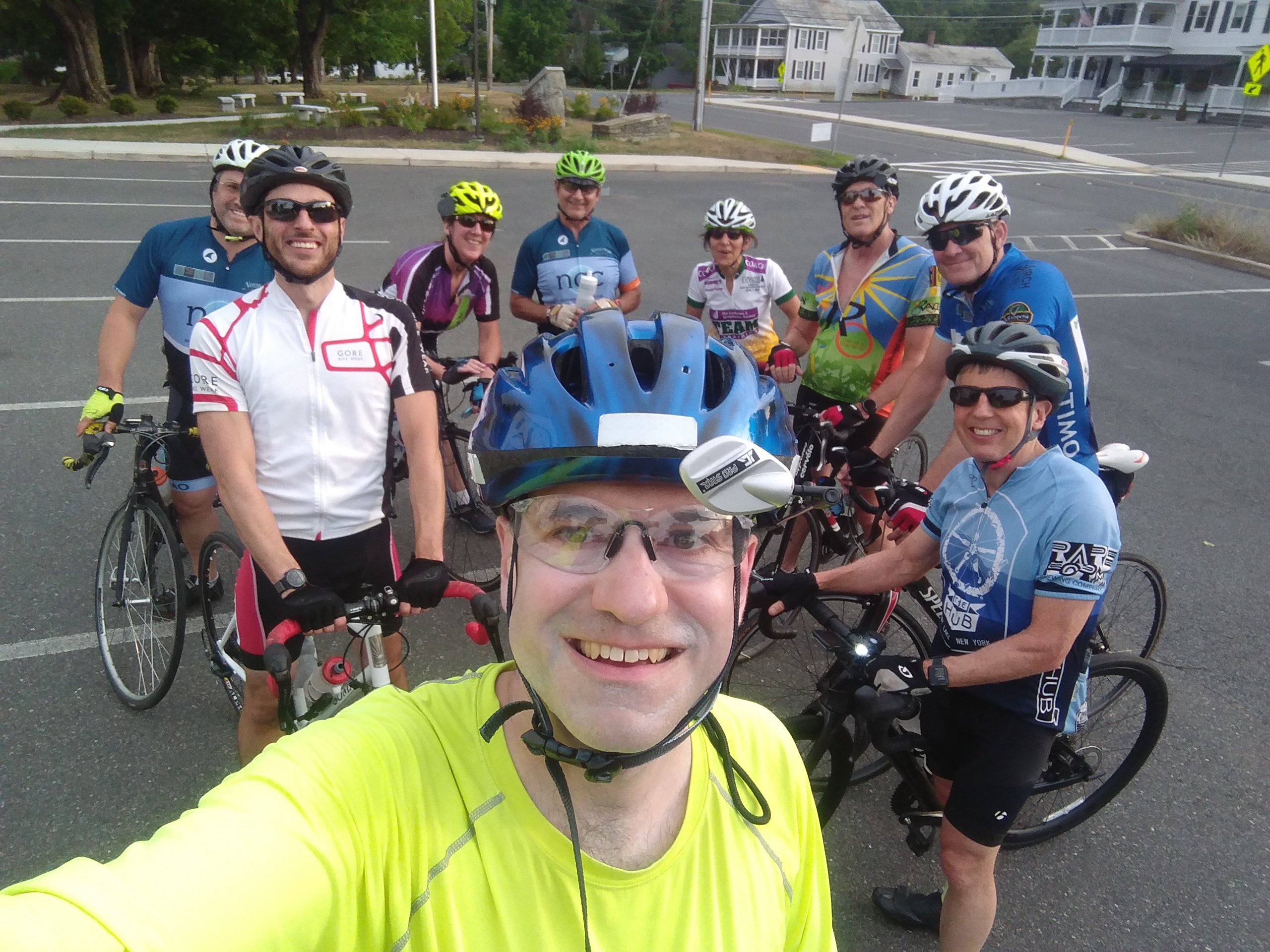 Coming back through Hatfield we had a decent paceline going at times, though I also learned that I can’t monitor the whole of a nine person ride in my mirror quite as effectively as I can a smaller informal one, and more than once when it was my turn at the front accidentally set a pace that resulted in a split that I only discovered after falling back – fortunately for the larger of these Peter did a great service pulling the tail end back into contact.

As somewhat expected crossing via Chestnut mean we encountered some evidence of road construction on route 5 but it caused no real problems, and we ultimately opted to dodge the potholes on the last bit of Jackson street and take Prospect to State rather than the trail.