Although today’s gravel ride was not an official NCC ride, it showed the power of our discussion board!

Rob and I had been discussing a gravel ride to North Quabbin for a few weeks. Rob posted it to the discussion board and to our surprise, 11 people joined us at Cushman Market for our 8:30 AM departure.

Less than two miles into the ride, the pavement on Shutesbury Road transitioned to the dirt of Pratt Corner Road. Even this early in the ride, it was obvious that there were some very strong gravel riders in our group. The dirt of Pratt Corner Road was rough, with countless washboard-like dirt sections. After approximately 3.5 miles, we hopped onto the pavement of Leverett Road and stopped to regroup at the Shutesbury Police Station. 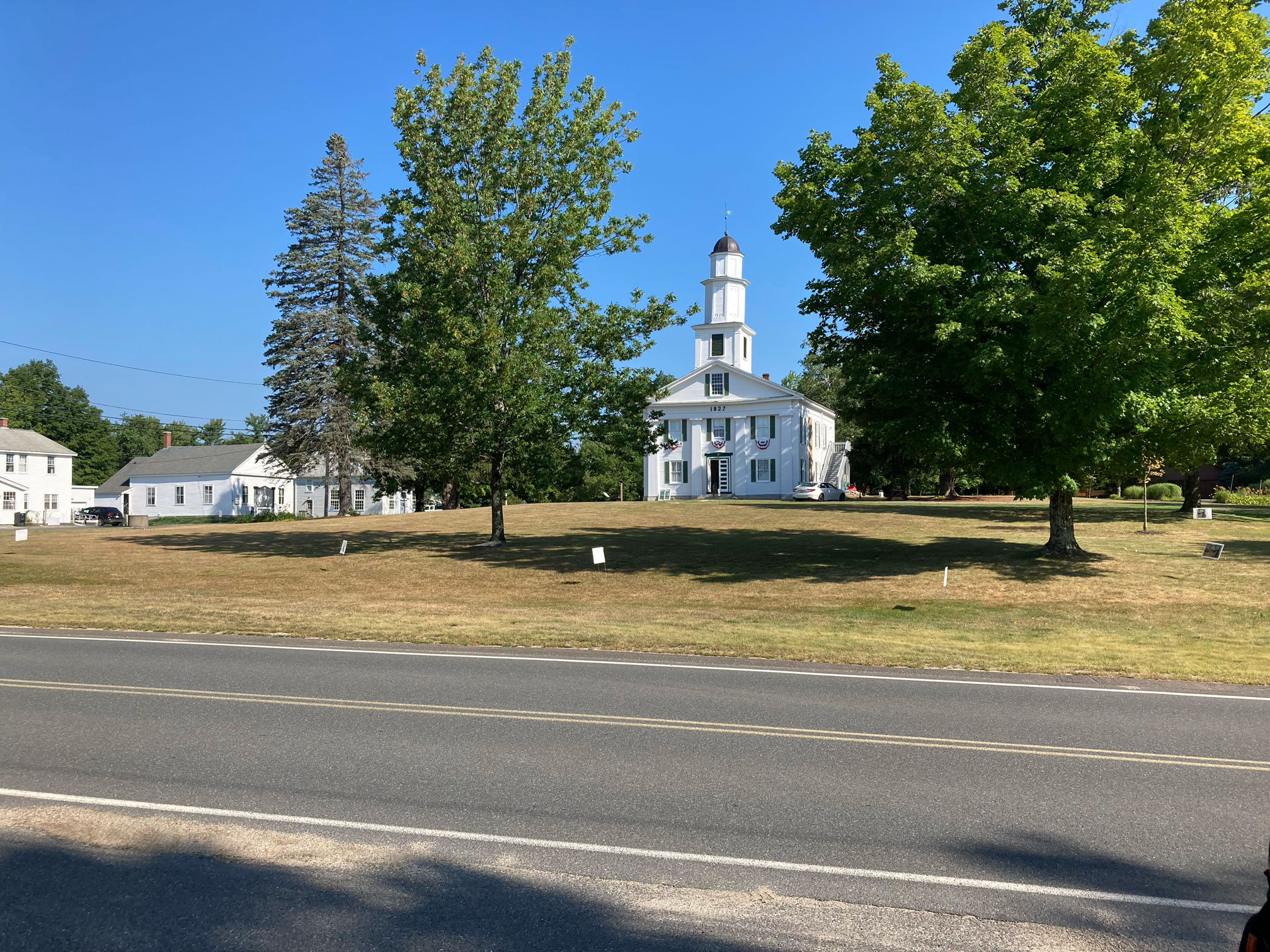 We started descending and turned onto the dirt of Cooleyville Road. I’m not a great descender, so I took the twists and turns slowly, but many in the group went full speed ahead. 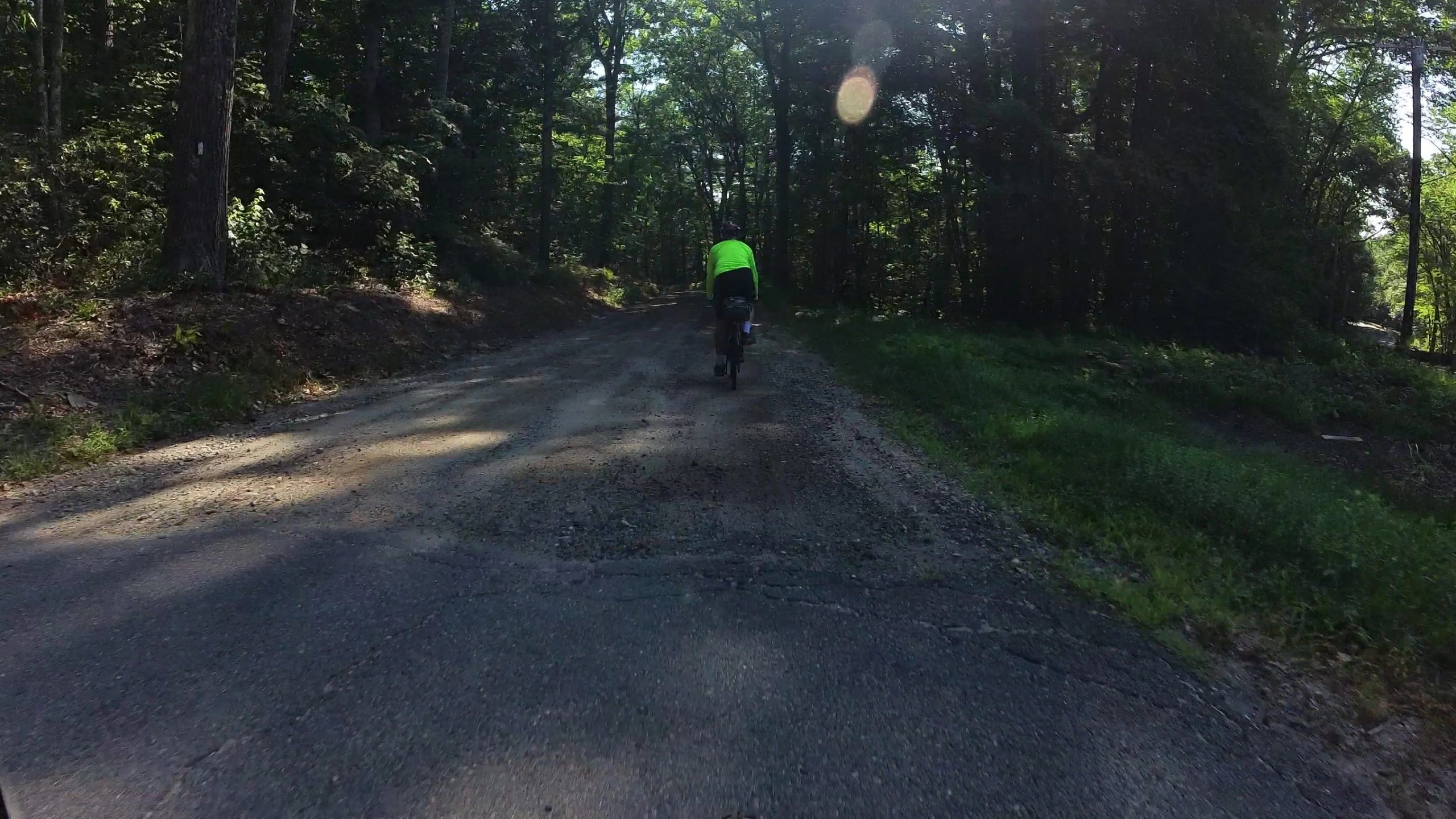 Around mile 9, I rejoined the group, which had stopped. We took a sharp left onto North Macedonia “Road” on the edge of the Shutesbury State Forrest. The terrain here was challenging, with a sharp incline, dry dirt stones, and heavy grass. At times, I wasn’t sure we were really on a road. Chris and I were the last two and came upon John, who had fallen over as he ascended the hill. He was fine, but since we all stopped, we had to walk the bikes for a bit since the incline and road surface prevented us from remounting our bikes with ease. When John remounted, he had to force his right shifter back into place since it had turned inward when he fell. 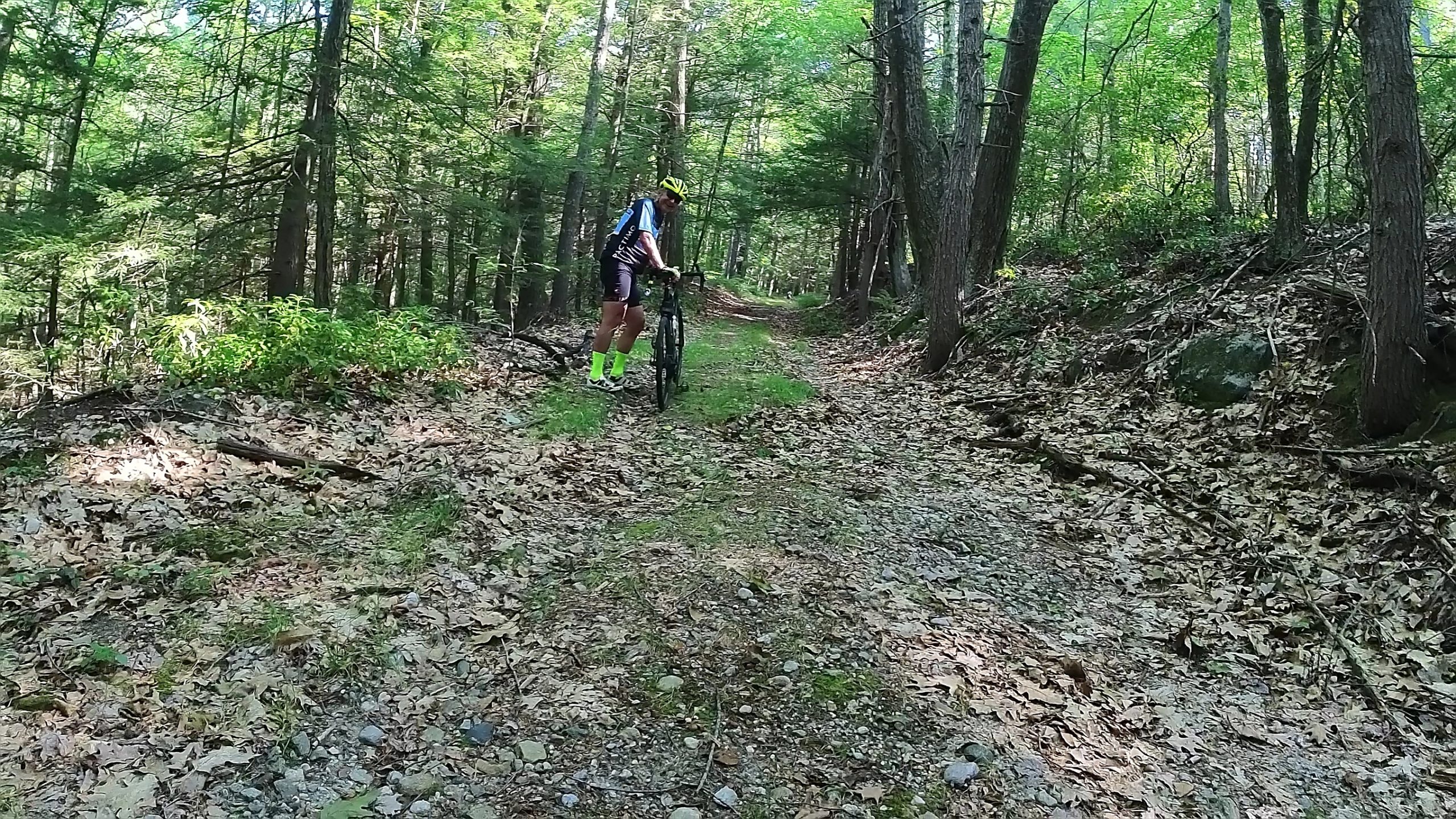 The road eventually flatted out and changed to thick grass. After the ride, I learned that Rob toppled into a mountain laurel somewhere in the Shutesbury Forest! 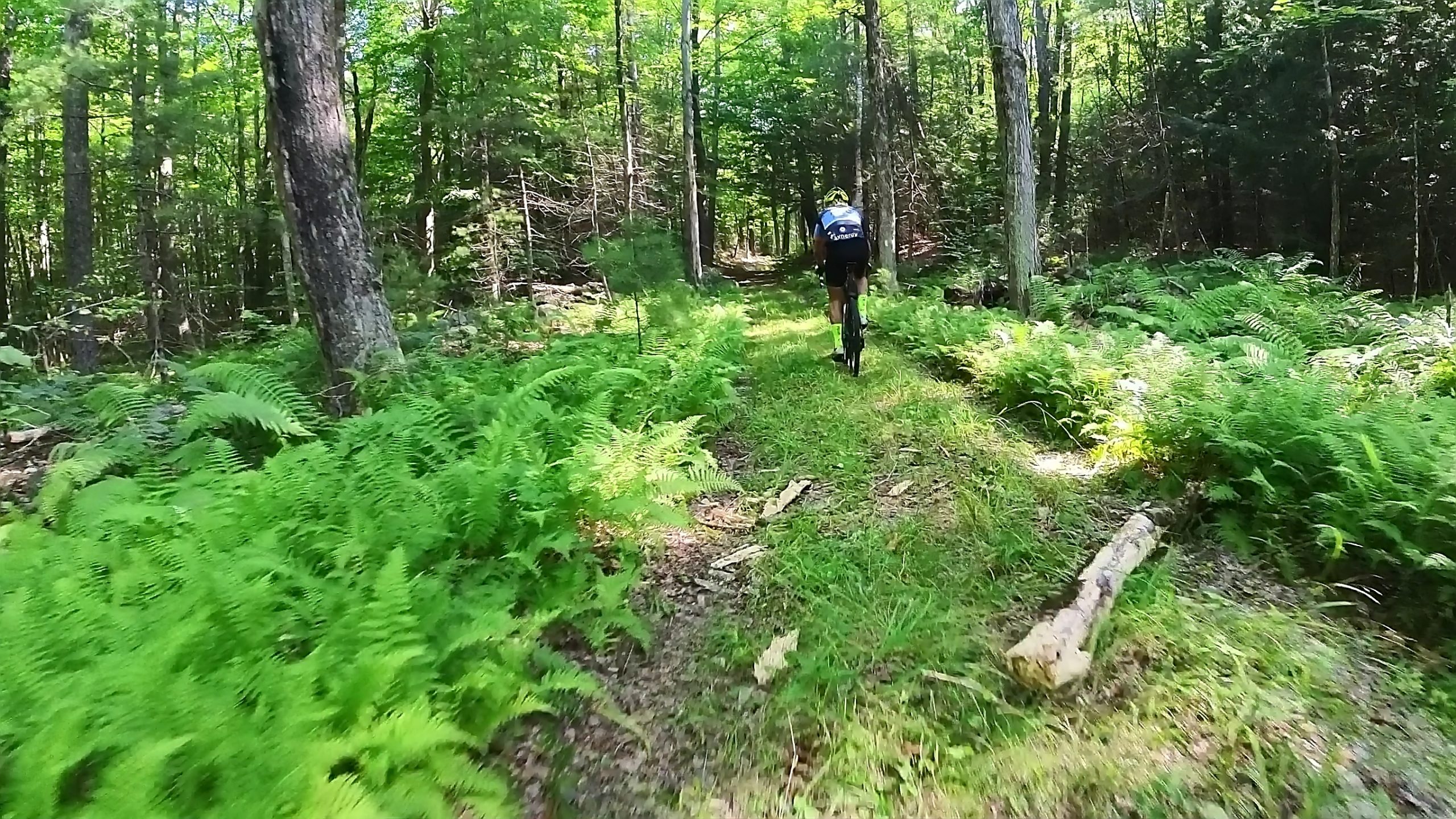 Chris, John, and I eventually came upon the rest of the group, who were all staring at their bike computers and phones in an attempt to find a way out of the Shutesbury State Forest. The planned road did not appear to exist. David seemed confident in how to proceed, so we followed his lead.

At the intersection with Wendell Road, four of us (Chris, John, Vin, and me) decided to turn left and cut 14 miles from the ride. Rob led the other riders right towards the first rest stop at the New Salem General Store.

The group of four navigated our way to pick up the planned course around mile 30 at Jennison Road. We eventually passed Lake Wyola, which given the heat, appeared crowded. When we came to the Leverett Coop, Chris and I stopped, while John and Vin kept going down Rattlesnake Gutter Road. I bought a big bottle of Poland Springs water, which only after I opened it did I realize was carbonated. It was fun having carbonated water in my bottles going over all the bumps during the remainder of the ride!

On Rattlesnake Gutter Road, there were a few sections that were a little sketchy with loose rocks, which was almost like sand. A little rain may drastically improve the traction on this section. Going very slowly, I slipped and tipped over, which my action camera caught. 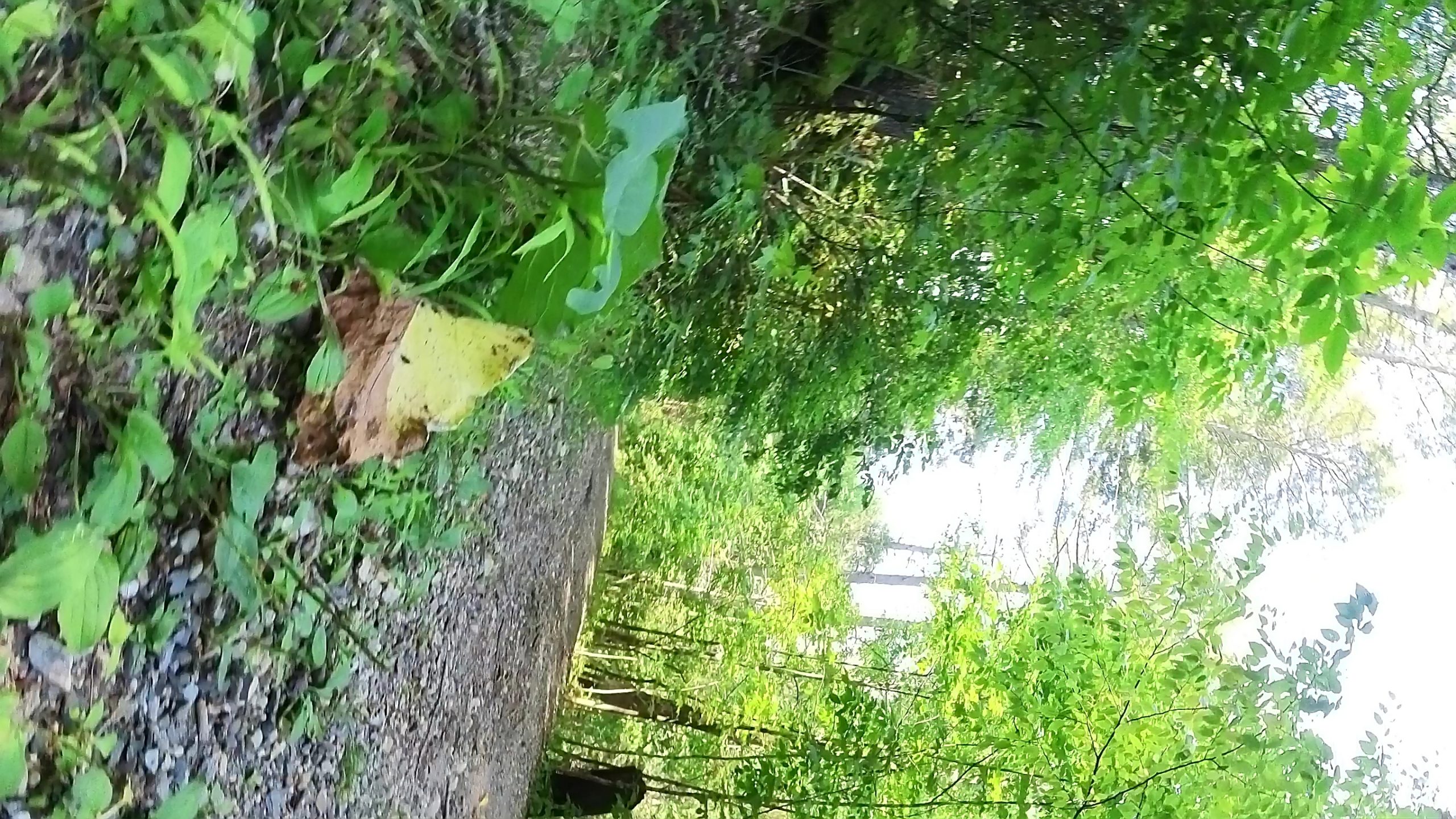 At the end of the ride, I learned that John also slipped out on this section as well.

The next dirt section was on Teewaddle Trail. Chris and I missed the turn initially, but quickly turned around and found it. This section had a lot of roots, but was light on stones and rocks, which was a nice change. We eventually emerged in a field and navigated to the main road by following the matted down grass that amazingly corresponded to the map on my bike computer. 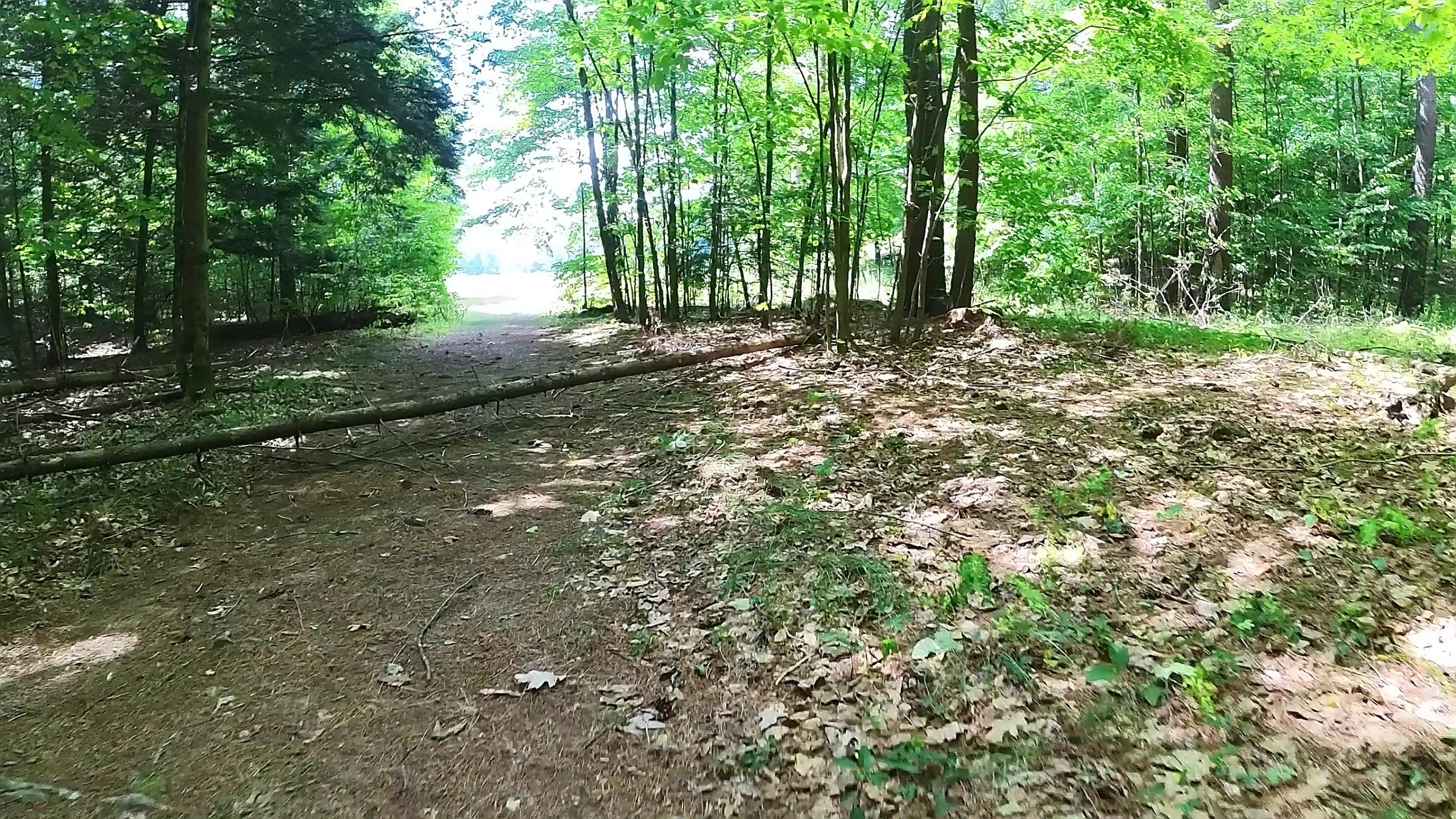 After that, it was paved roads back to Cushman Market.

The nine riders who continued on for the complete route got to see the the Quabbin, which I’m disappointed that I did not see. Granted, I made the correct choice for me to turn back early.

Thanks to Rob for putting a great route together.