It was ideal weather this morning for the C ride. The route up to Deerfield was mostly flat with a few hills included just for fun on sunny day in the mid 70s.

At 9 AM, Mark led the ride from Pulaski Park. We started out with eleven riders, but picked up two more along the way.

There is a video being shot about Northampton and the crew wanted to get some clips of us riding. We passed the two gentlemen at least twice, the first time being on the backside of the Burts Pit road curve. 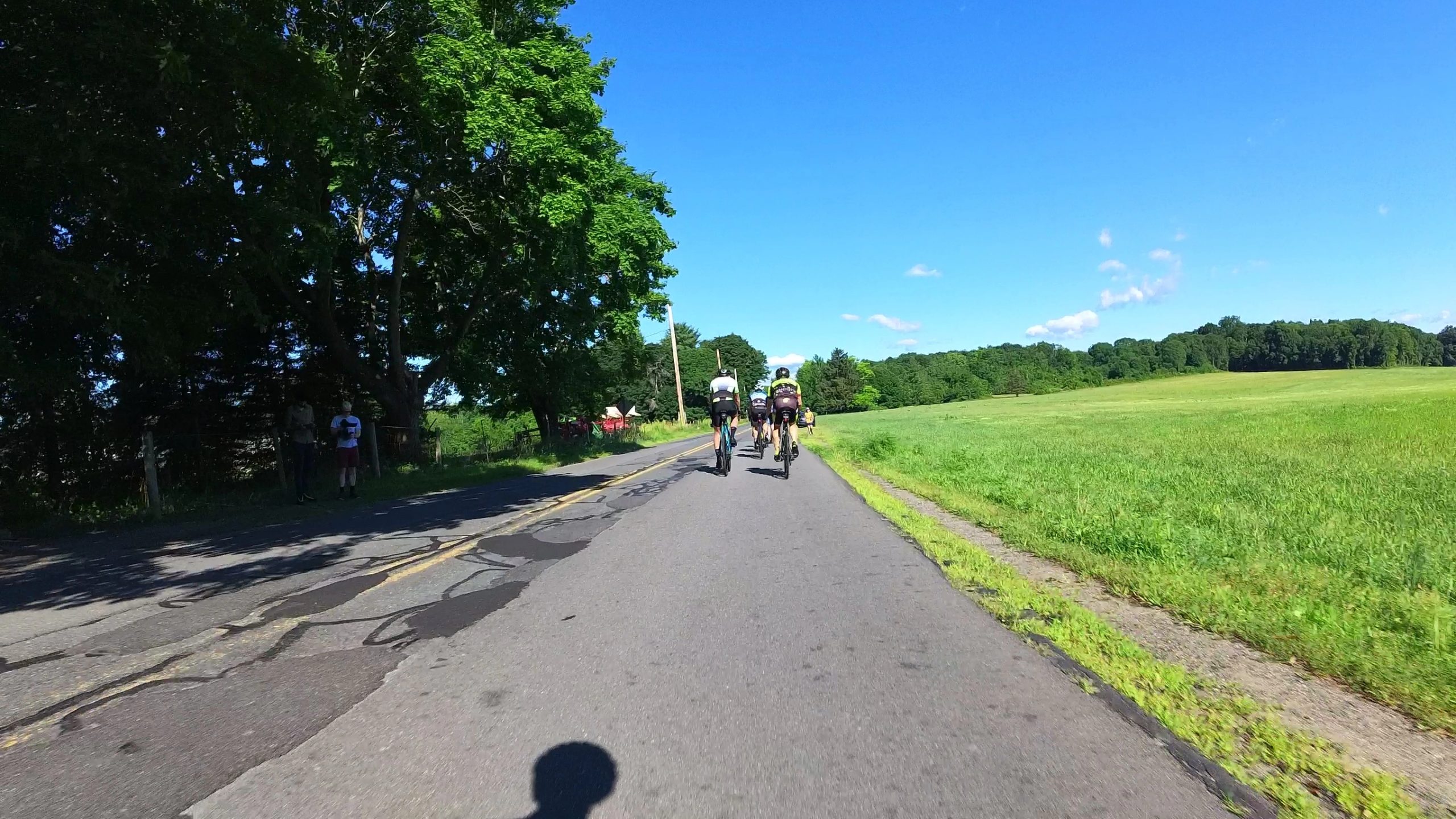 Farther up Burts Pit Road Lynda joined the group. We turned on to Sylvester Road and headed to Haydenville. We crossed Route 9 and then got a bit spread out on Mountain Road. We regrouped at the Whately post office. David, who was on his first ride, needed a little food. The group helped him out and we continued. 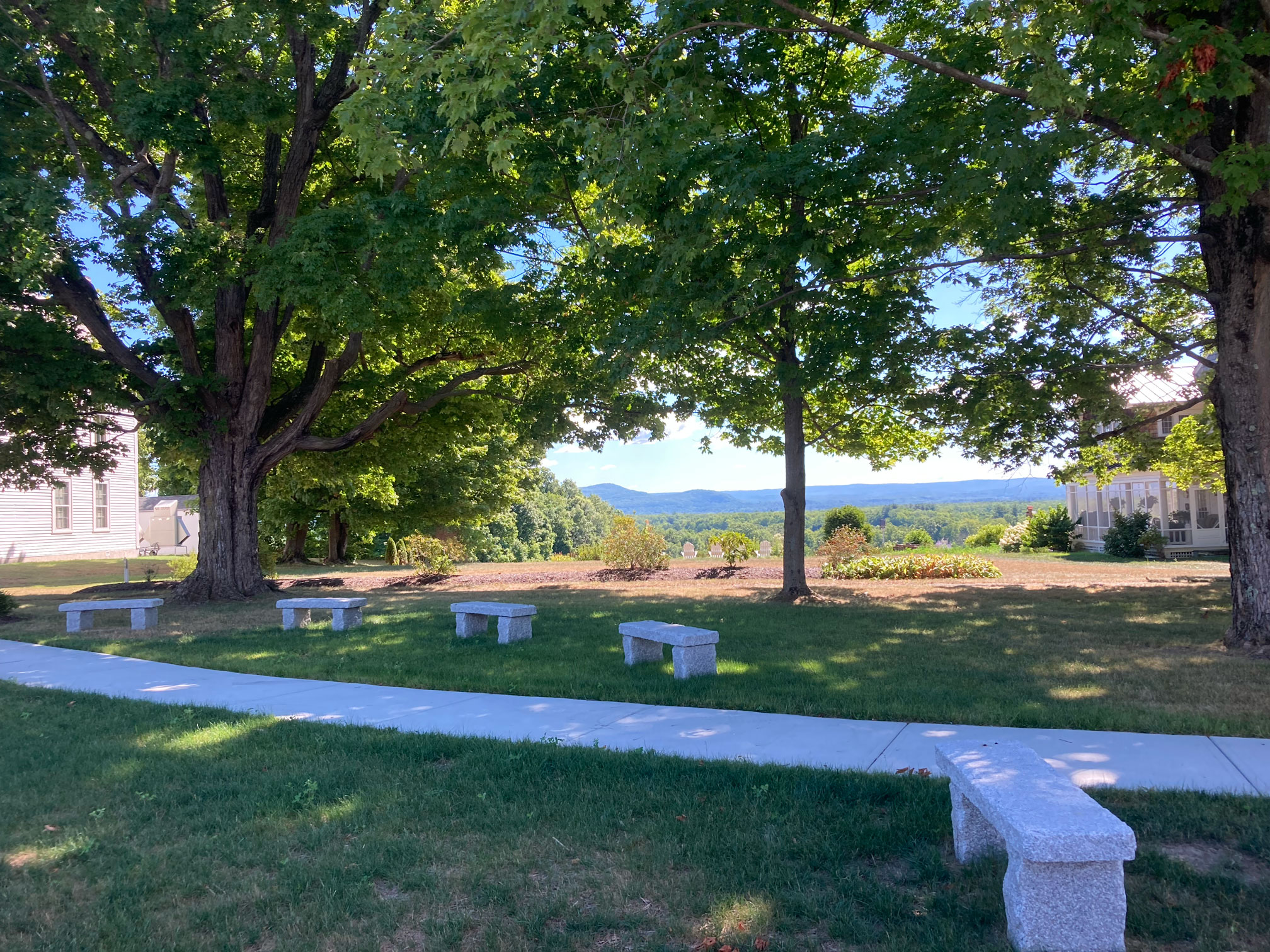 The view on the descent on North Street was picturesque. 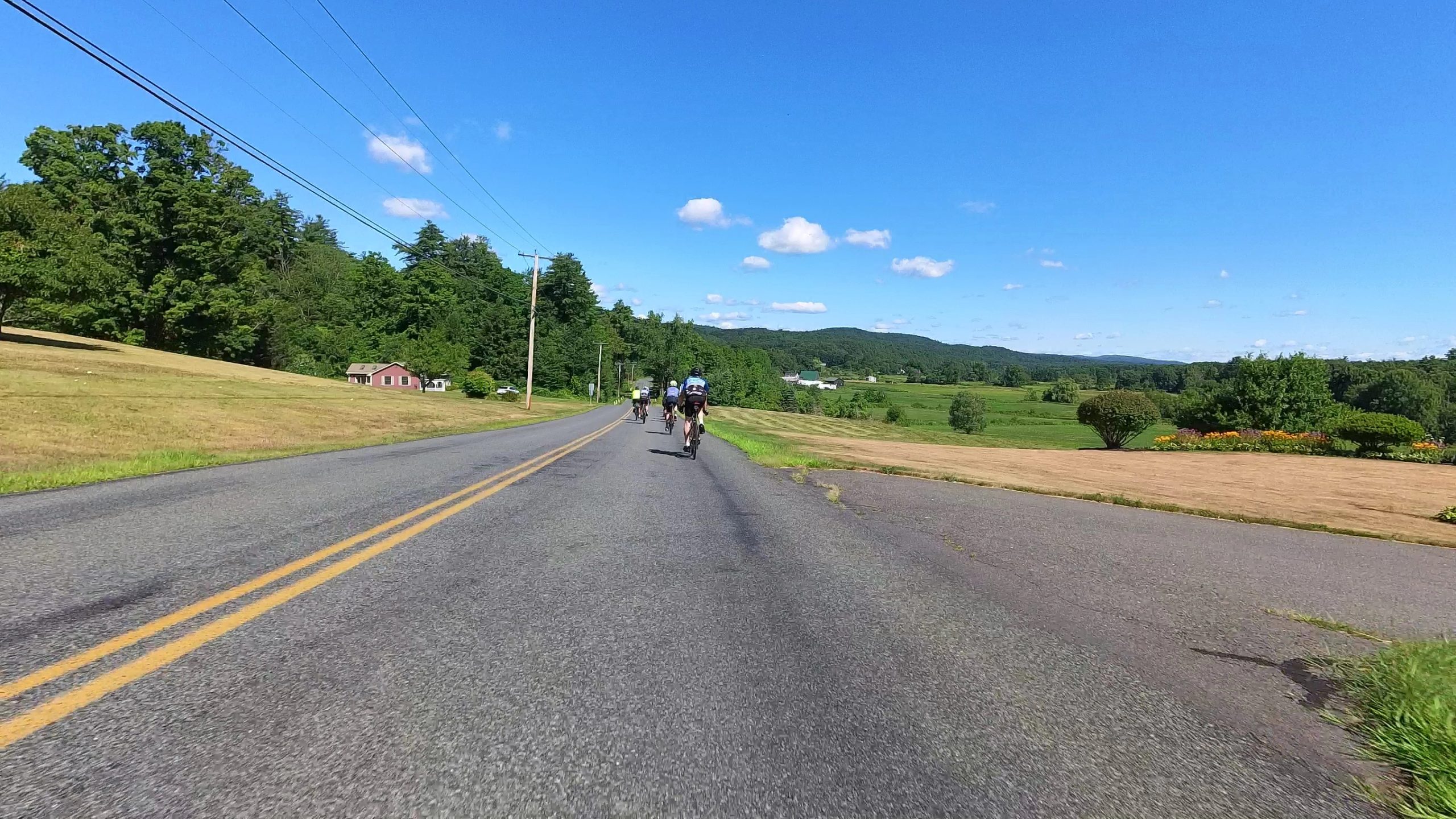 As we crossed Route 5 in Deerfield, Mike met up with us. We turned on to Hillside for the final climb of the day. I always enjoy the Hillside descent onto River Road. We regrouped at the bottom of the hill. Mark reminded the group that this was a C ride and that we are getting a bit spread out. We would wait for the slowest rider.

We remounted our bikes and proceeded. Peter had dropped back, so I waited and we made it to the intersection with Route 116. I was the last one and did not make it across with the group due to oncoming cars. Apparently, no one noticed I was not with the group! They started a pace line and were flying on River Road. I attempted to chase, but going 25 miles per hour (way too fast for a C ride), I was not making up any ground.

I soloed into Hatfield and then broke off for my house. I’m not mad; I just think it is funny that ten minutes after Mark’s reminder, the group somehow forgot me. If the group was going to forget a rider, I’m glad it was me and not someone unfamiliar with the area.

In total, the group rode approximately 41 miles with 1,400 feet of climbing.