Last night more than a dozen NCC members took part in another glorious July evening bike race at our closed crit course in Hadley, MA. The Zoom Mass Twilight Crit event is a practice race in which both elements are very much present– practicing and racing.

In the B race, a 6 man break got away early after a chaotic and fast first lap. The B race usually starts with five parade-like, controlled-pace laps led by Chris Niesen (JAM/NCC) but Chris had a mechanical issue shortly before the race started. So, at the whistle, the race was on. The break included a mix of West Hill Shop, Comp Edge, and other racers, including Issac Hoeh of Northampton Bicycle (in his first crit no less), with no NCC racers making it into the break. Attempts were made by a few of us to bridge to the break in the first few laps, led by Alex Kahn (NCC), Patrick Ryan (NCC), Bob Lelievre (NCC), and myself, but to no avail. Our team did end up sweeping the field sprint behind the break for minor placings in the top 10. Charlotte Lellman, Austin Xiong and Tyler McGinnis raced their inaugural Zoom Crit last night. Other NCC members mixing it up in the B last night included Ignancy Grzelazka and Jonathan O’Keefe.

In the A race Ben Jankowski, Zoom Crit Promoter and Race Director Extraordinaire was the highest placed non-JAM club member, with Chris Niesen (JAM/NCC) taking a podium spot (I’m pretty sure, though not sure which one). I lasted for 25 mins in my first shot at the A race. Nick Hight-Huf lapped the field at least once, if not twice, taking the win. 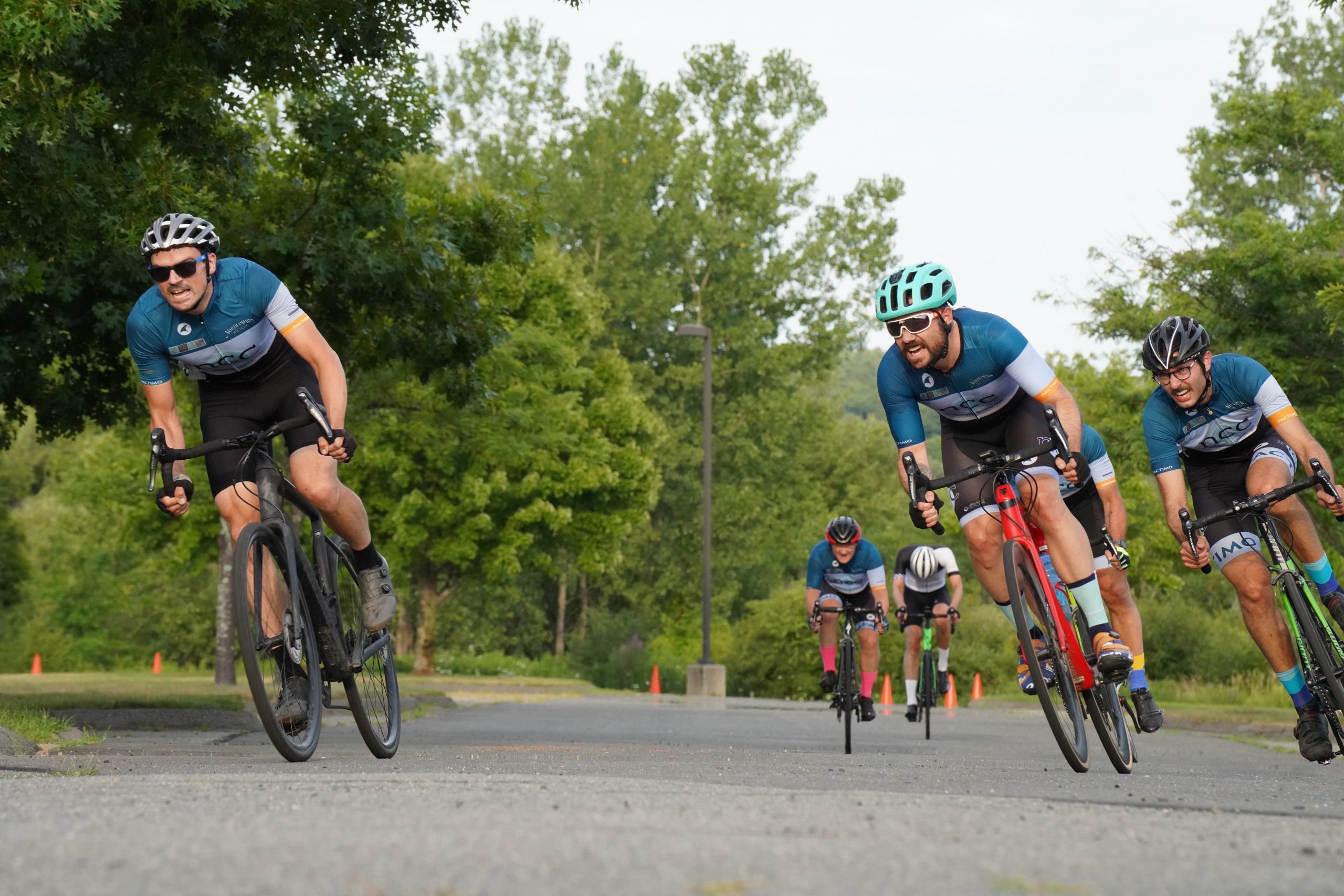 The atmosphere at these races are wonderful. There are plenty of spectators enjoying watching the action on the short, punchy course. Phoebe Gelbard made delicious tamales for sale and has plans to make more for next week’s event. Chris deHahn officiates the race and does a great job keeping track of racer positions with limited resources.

Interested in trying bike racing? Come on out next week, get there early, a few of us from the club will be practicing cornering before the start of the B race, around 5:30.