After the oppressive heat and humidity of last week, this evening’s weather was ideal. It was mostly clear with temperatures hovering around 80 degrees for the Around the River route.

At 5:30 PM, Juan led the group of eleven riders out of Pulaski Park. I rendezvoused with the group at the entrance to Hatfield. As I was watching the group from Elm Court waiting to join the peloton, Jeanne got a flat back tire as she descended the hill from the highway overpass. Sean, Liz, and Peter helped her change the flat as the rest of the group waited a few hundred feet up the road. One rider decided to depart for his own ride.

After the flat was fixed, we started the Elm/Main/River Road stretch. At Christian Lane, Juliusz and Lloyd headed to Whately while the rest of us pedaled on towards Sunderland. 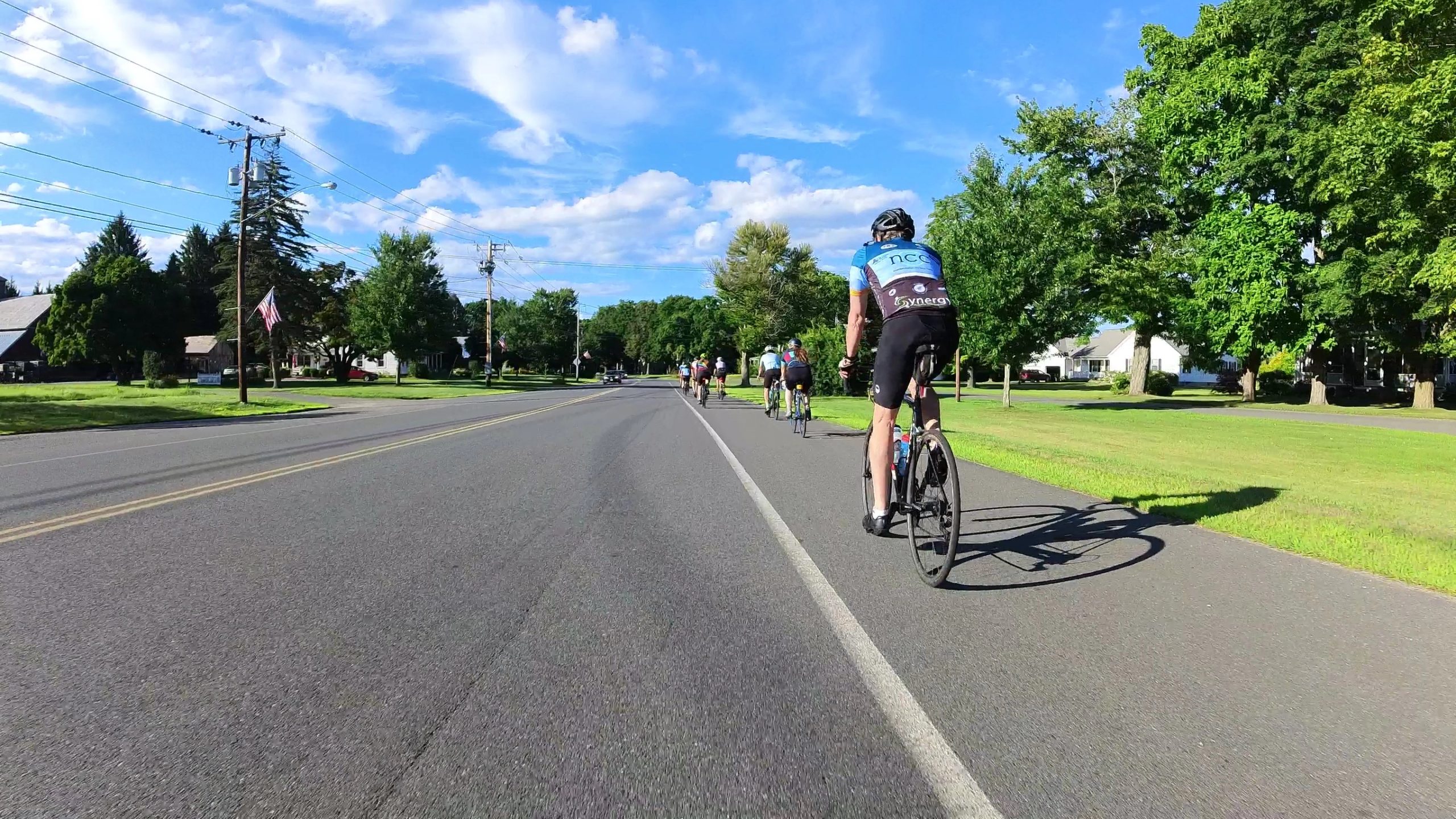 At the end of River Road, the group paused. Juan and I still were a bit fatigued from the JAM Fundo over the weekend, so to my surprise, he suggested trying a pace line once we got to Route 47. The group was willing to give it a go. So much for my gentle recovery ride! 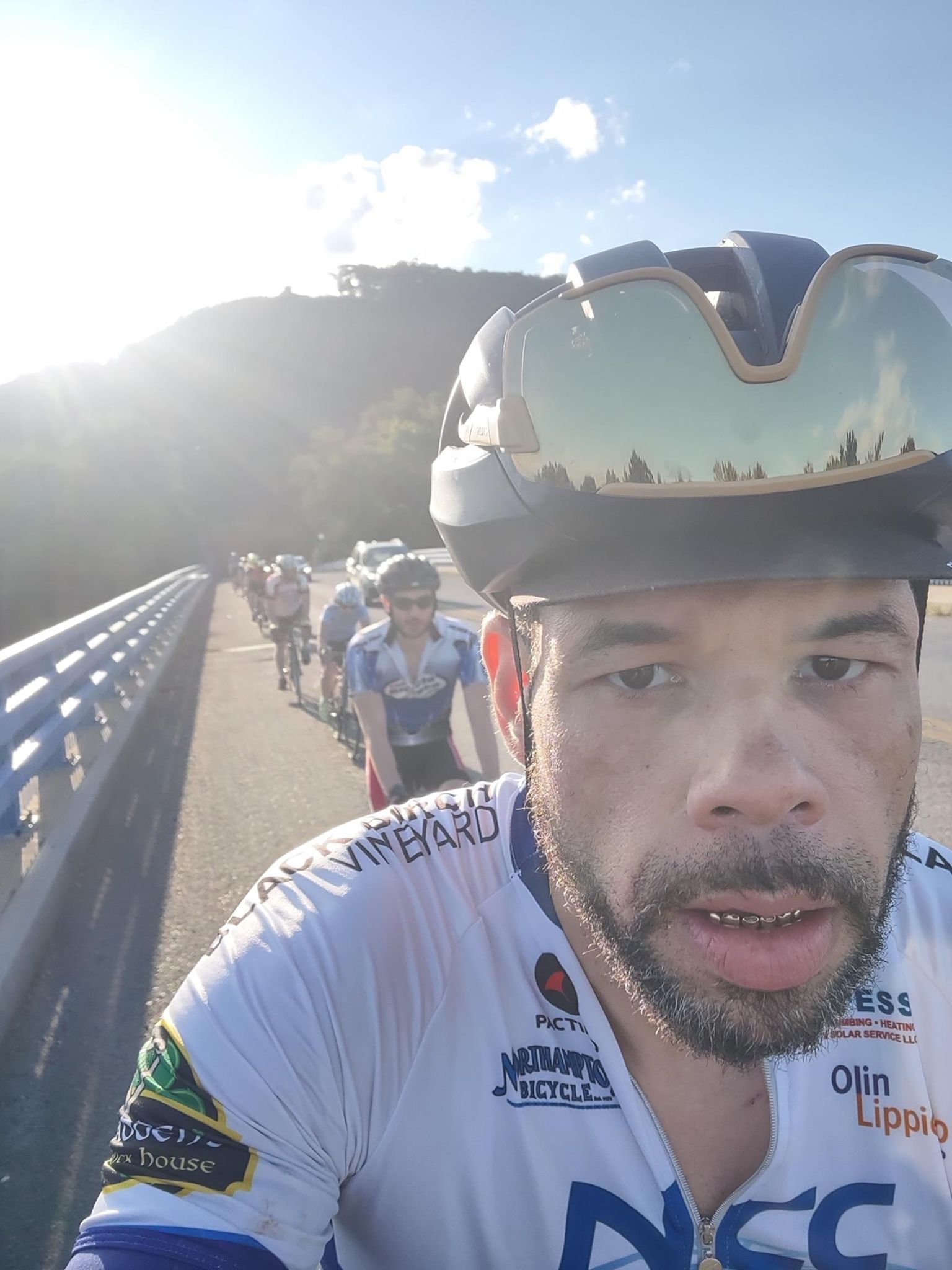 The group did fantastic at the pace line. I started in the rear and slowly made my way forward. Juan rode next to the pace line coaching us as we went. Juan, Sam, and I were at the front and Sam said to Juan, “The group is getting separated.” Juan heard, “Speed up,” and told us to go faster. Sam and I complied and Peter bridged the gap to join us. We had a pace line of three going about 23 miles per hour. We pulled onto North Lane and waited for the others. After a short break, we all took an easy pace back to Northampton. 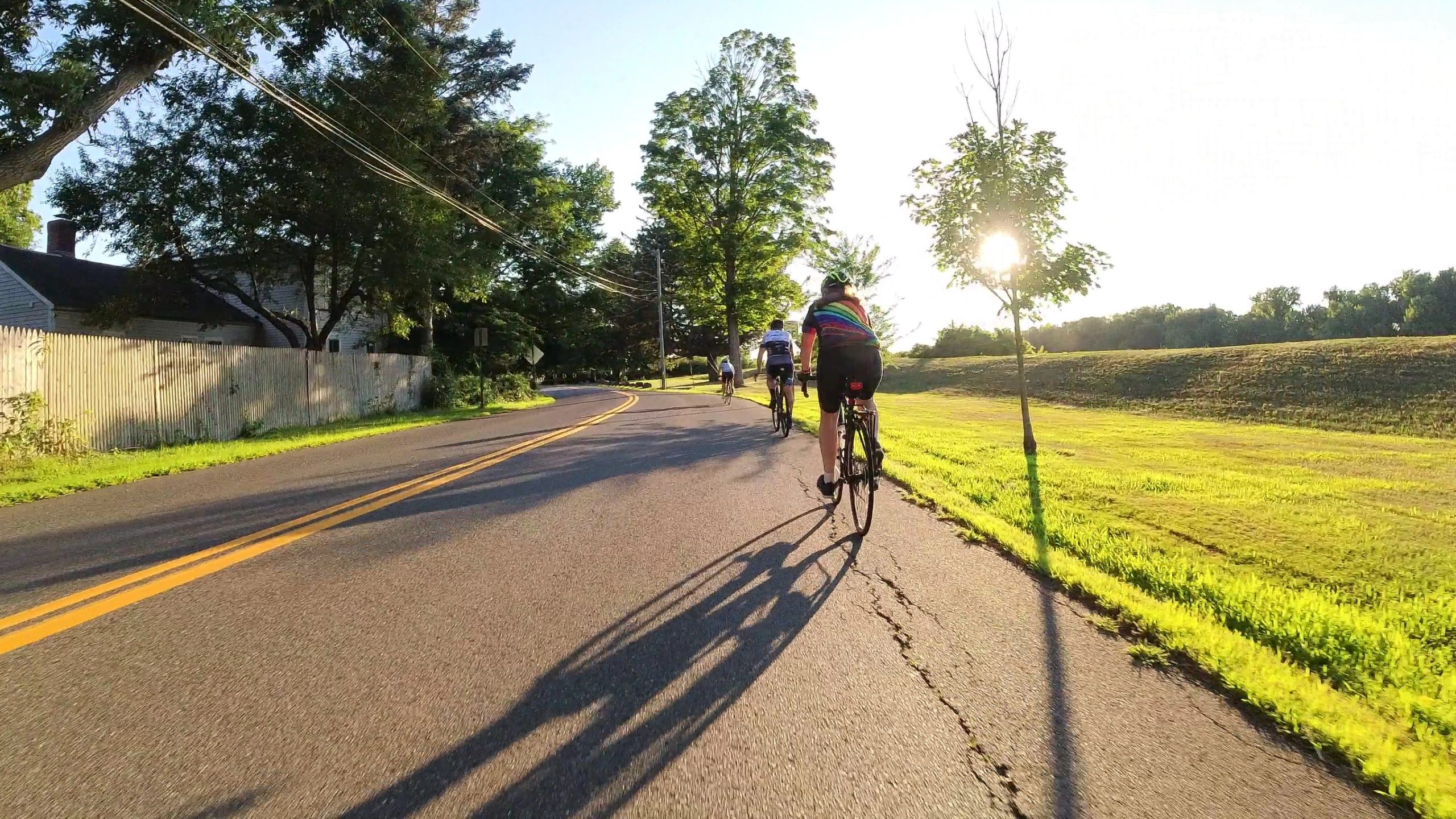 In total, we rode 27 miles with 400 feet of climbing. It was a enjoyable ride all around … the river.