We had another gorgeous day for our NCC rides this morning. It was a little more humid than we have gotten used to, but the temperature never rose above the low eighties.

The ride started out thin and gathered people as it went along. Andy and I left Pulaski Park heading north toward Conway.

We picked up Elisa and Ron in Florence. Iggy and Ben joined us in Conway where we paid homage to Charlie with the classic “drafting off a stationary bike” picture. We all miss him! 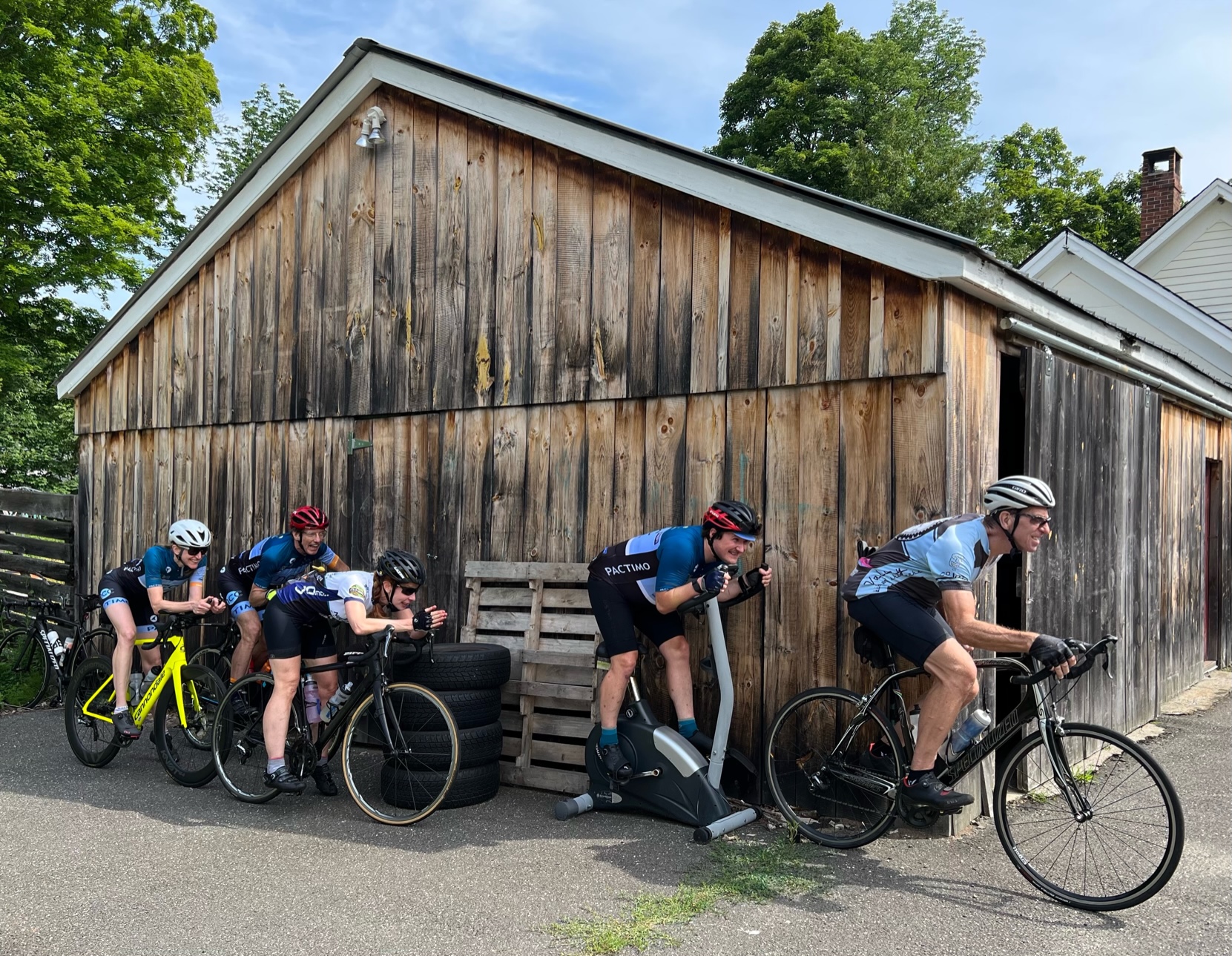 We climbed out of Conway on our way to Shelburne Falls. We were all thrilled to see the worst sections of the road had been repaved (they were still working on a very small segment close to Shelburne Falls). It was nice not worrying about popping a tire on rough pavement! We had our first stop at McCusker’s Market where we refueled in preparation for the big climb of the day – East Hawley Rd. 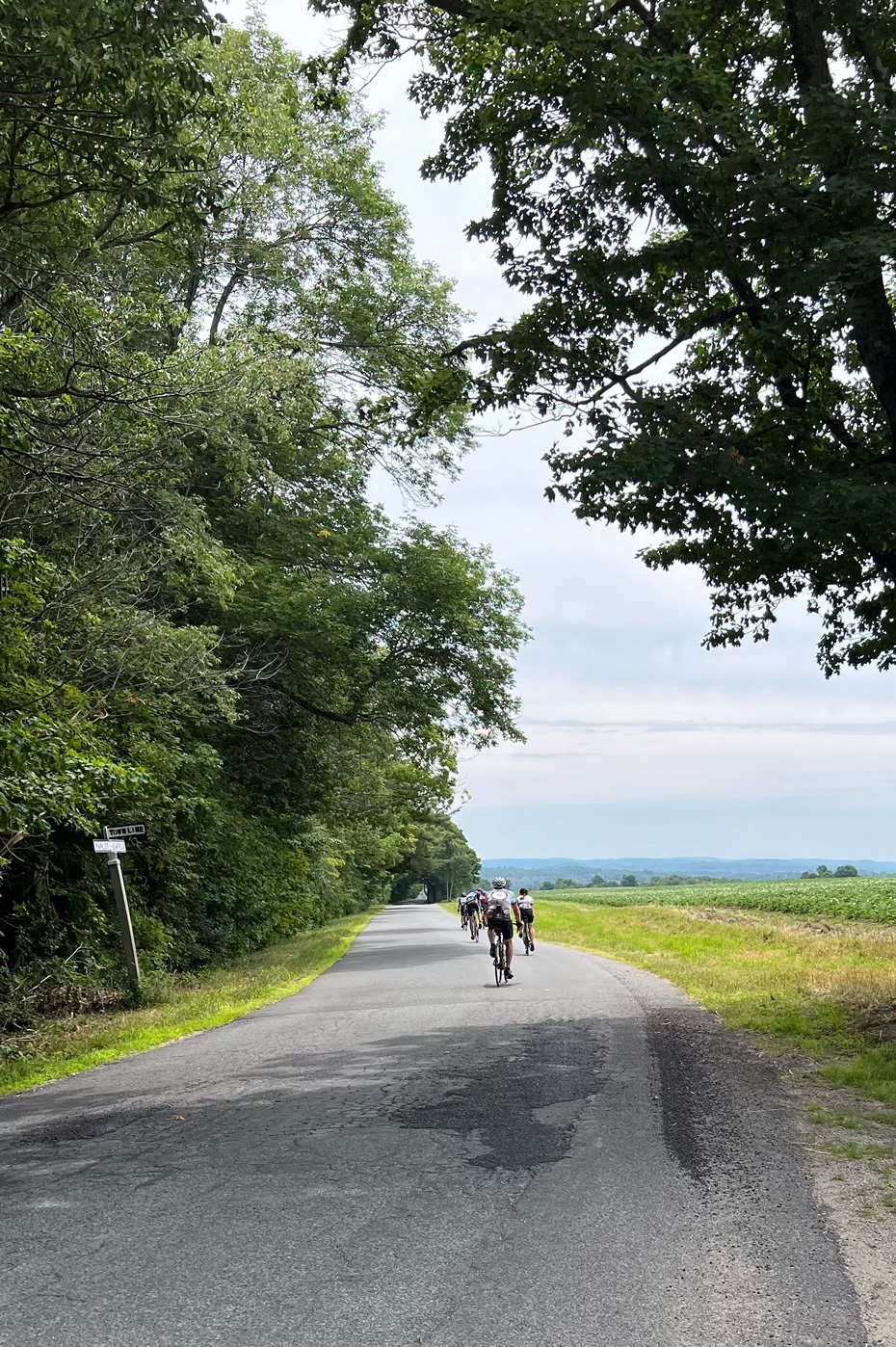 The climb out of Buckland to get to East Hawley Rd is no joke. It certainly got our legs warmed up for the main event! What can I say about the East Hawley Rd climb. If you like long climbs with steep sections, this is the cimb for you! In his usual style, Andy appeared to float to the top of all the climbs. He really does make climbing look effortless! After a quick regroup at the Meetinghouse, we descended into Ashfield for our second water stop at Neighbors. We were all feeling a bit dehydrated after the climb.

During this rest stop, Iggy told us how on the climb a bee rode right next to his fork, playing in the air currents. While it was a lovely story, we were a bit concerned that dehydration might have been causing hallucinations. We made sure he drank extra water. 😉 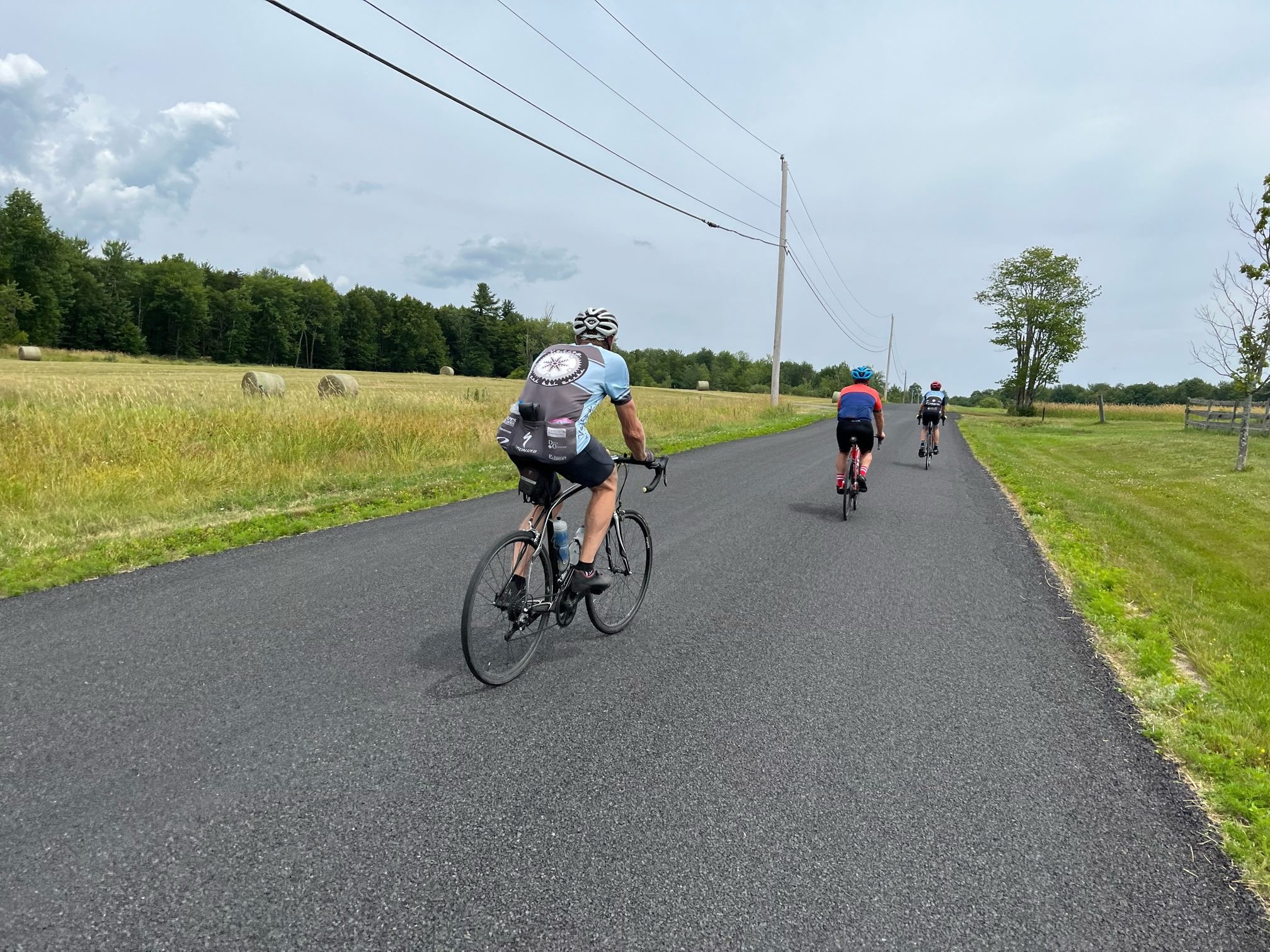 Powered by Fig Newtons and the knowledge that most of the climbing was over, we had a lively ride back into Northampton. When I got back to my parking spot at Web’s I had ridden 69 miles and climbed 4,600 ft.