The plan for today’s NCC Saturday morning C ride was to head up into Leverett and Shutesbury to cover some familiar ground and introduce areas that this year’s C ride hasn’t traveled yet. The options for getting to our destination are limited. You got to get to the east side of the river, head up Rt. 47, and then find your way across Rt’s. 116 & 63. There are a number of routes one can take to do this, with my default being Plumtree to Bull Hill to Depot.

The two feature climbs for today’s ride were the NCC Leverett/Shutesbury hill climb and the Cave Hill Road climb. While no one started the NCC hill climb off very hard, including me, I noticed that once past the short, steep beginning everyone’s efforts picked up and I had to work a lot harder to stay close to the ones in front of me. Looking at segment times later I was pretty impressed with what we had all done for a non-race effort.

At the top of the climb, in front of the town hall, and in the shade of some trees were a couple of women sitting at tables with various items for sale. We all congregated around them to get out of the sun. This turned into our de facto first rest stop. While there I noticed a couple of our group buy items. One rider (Mike) bought a bag of Sunflower sprouts and walked around offering a taste. They were quite good. 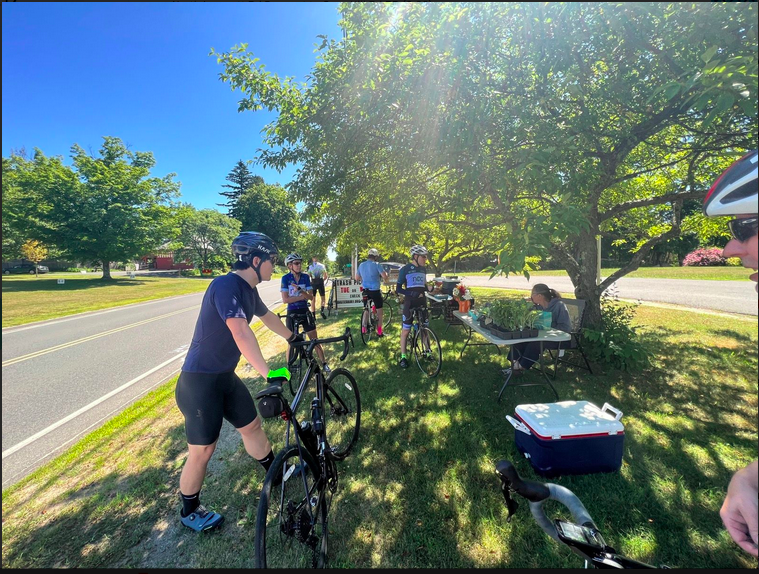 Our first planned stop, after this impromptu one, was to be the Leverett Co-Op but the descent down N. Leverett Road must have been so much fun that the lead riders blew right by it before I was able to get their attention. Fortunately this was just before the turn for Cave Hill Road which I feared we would also miss. At the regroup we realized that we were down two riders. While waiting I told the story of a famous crash that happened on one of the SMR’s of years ago up by Lake Wyola. As more time passed it was decided that some of the group would continue on and a few of us would head back up toward the Co-Op to find the missing two riders. 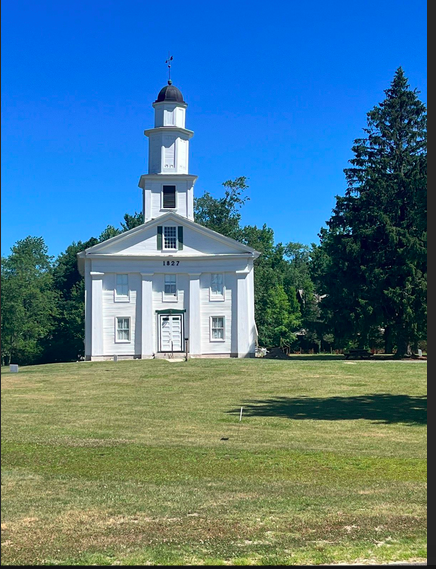 Fortunately, we backtracked only about a mile when we saw the two coming down the road. They had stopped at the Co-Op as planned. The other riders were now long gone as we headed up Cave Hill Road and then down through Leverett on our way to Cushman’s. We did however come across a group of four on horseback that we cautiously rode by to prevent spooking. The horse riders helped by pulling their animals over to the side of the road and turning their backs to us. Once past them we had clear sailing (except for some bumpy roads) to Cushman’s, down through N. Amherst, and across the valley back to Northampton.

A few extra miles brought my total up to 53 something for the day and nearly 2400’ of climbing. All in all a good day with nice weather and the usual good group of people.