This evening was ideal for a social ride. The weather was close to perfect with temperatures in the high 70s and very little wind. At 5:30 PM, there were eleven riders at Pulaski Park. We were only missing Juan, our ride leader! He arrived a minute later, slightly flustered. He was having one of those days, but recovered to lead a fantastic ride.

We departed and headed up Elm Street and turned by the high school to start the trek up Nonotuck to get to Williamsburg. As we cruised up Spring Street, we passed the first few arrivals for tonight’s hill climb at the corner of Chesterfield Road. They will never admit it, but I believe they were intimidated by the C ride peloton.

On Audubon Road, Kathryn joined us. She had been chasing for a while and finally caught us. She explained how she waved off the invites to join the hill climb. She wanted to catch our world famous ride.

After regrouping in Williamsburg, we started the climb up Ashfield Road before turning left onto Hemingway. 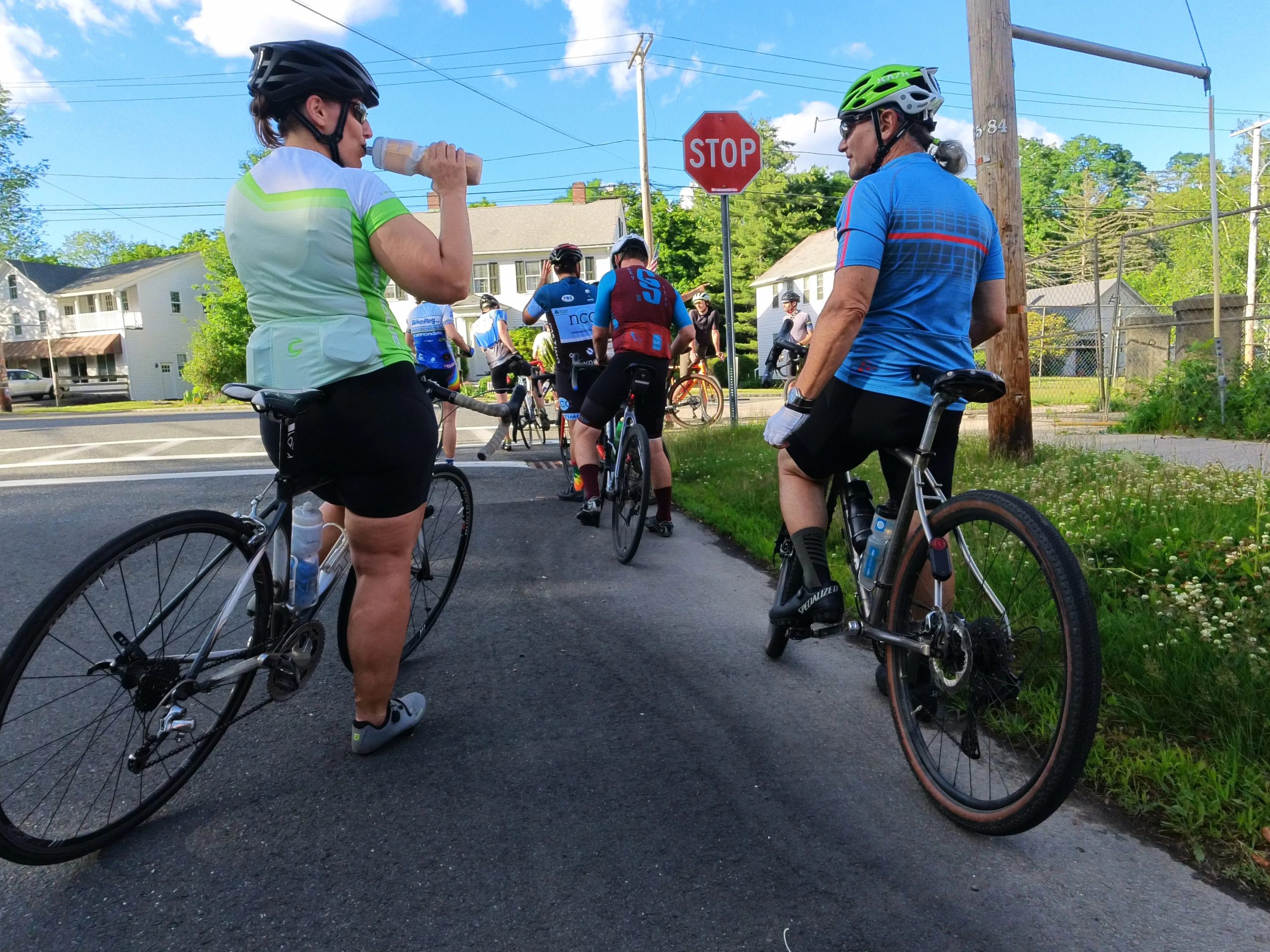 Juan spotted cows midway up Hemingway, so a new streak of seeing animals has begun. 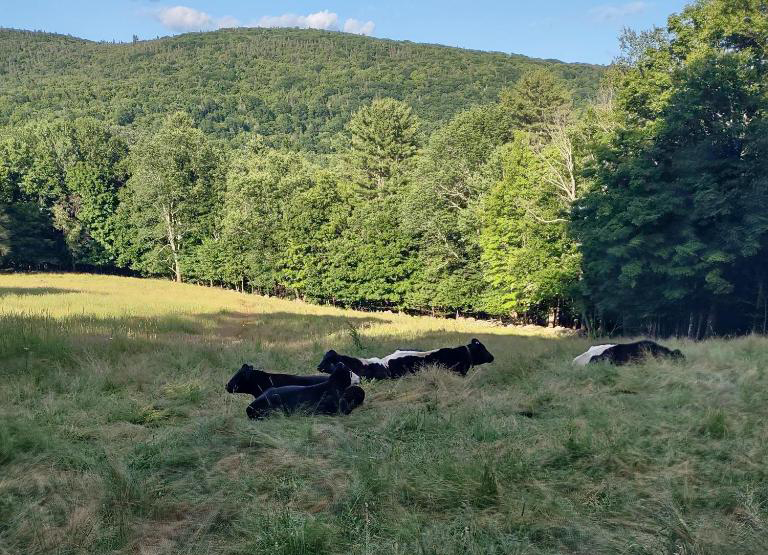 I should mention that tonight’s route was a repeat of last week. Juan called a lot of audibles last week and missed the descent on North Farms Road, the road many of us were eager to try. Up until this point, he was was keeping us on the planned route. After regrouping at the corner of Hemingway and Village Hill Road, Juan started to take the group straight. I waved them back to Village Hill. It wouldn’t have been a big deal, I just wanted to avoid that section of Route 9.

We descended back to the Williamsburg General Store and got on Route 9 for a few miles. The pace picked up a bit, but we were on a slight decline, so no one minded.

We successfully turned left onto Mountain Street and made our way to North Farms Road. When we entered Northampton, the pavement changed. I realize it was repaved a year or two ago, but tonight was the first descent in a longtime for most of us. It was a lot of fun. I was sweeping and was the last rider down. I missed the bunny that darted out. If I’ve learned anything from Melissa, I was prepared to run over the bunny if needed. 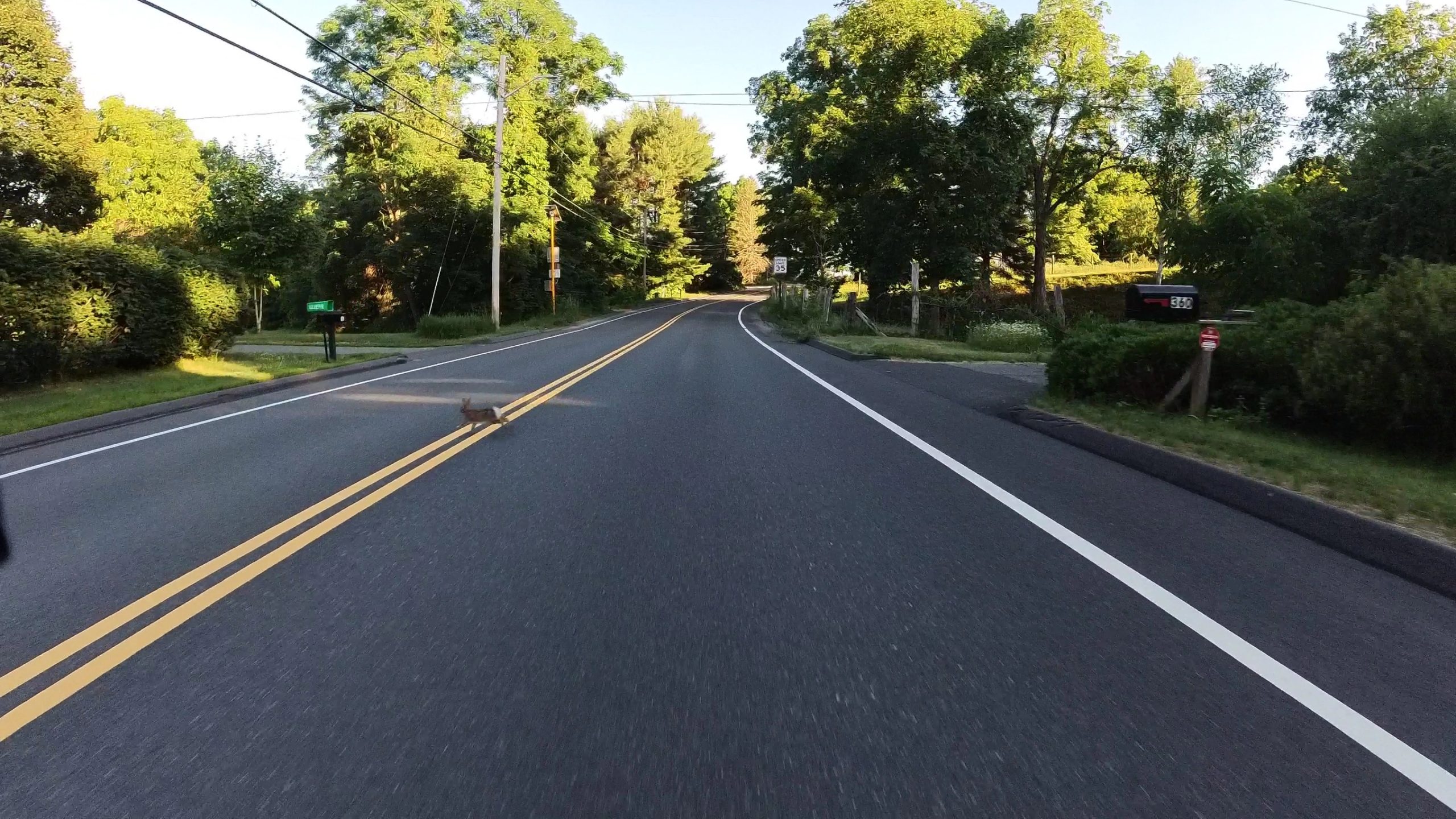 At Arcanum Field, Juan decided to skip the bike path and take us back on the roads. This detour was welcome, especially since we had accomplished our descent of North Farms Road.

We arrived back at Pulaski Park just before 7:30 PM. In total, we rode approximately 25 miles with 1,300 feet of climbing.