Since we did not get to finish the famous Chipmunk Route last week due to an incoming rain storm, we tried again tonight. At 5:30 PM, Juan led us out from Pulaski Park. We had a large group this evening, 17 riders. Before we left, Juan emphasized the need for volunteers for the upcoming Tour of the Hilltowns (June 25th).

The weather was ideal. The temperature was around 80 degrees with low humidity and very little wind.

Many of tonights’ riders participated in the Hatfield Lions Club ride on Saturday. We compared notes and everyone thought the route was a lot of fun.

After heading up Burts Pit Road, we turned right onto Florence Road and headed towards Reservoir Road and Musante Beach. Despite the large group, we all stayed together and our first real stop was not until Loudville Road, the point we turned back last week.

With the bridge on East Street out, we took the detour suggested on the discussion board. For a moment, I thought we were starting the classic JAM Grand Fundo route. My GPS cut out briefly, but we followed the orange detour signs until the signal came back.

At this point in the evening the sun was beginning to set and we were treated to the orange cast for the remainder of our ride. 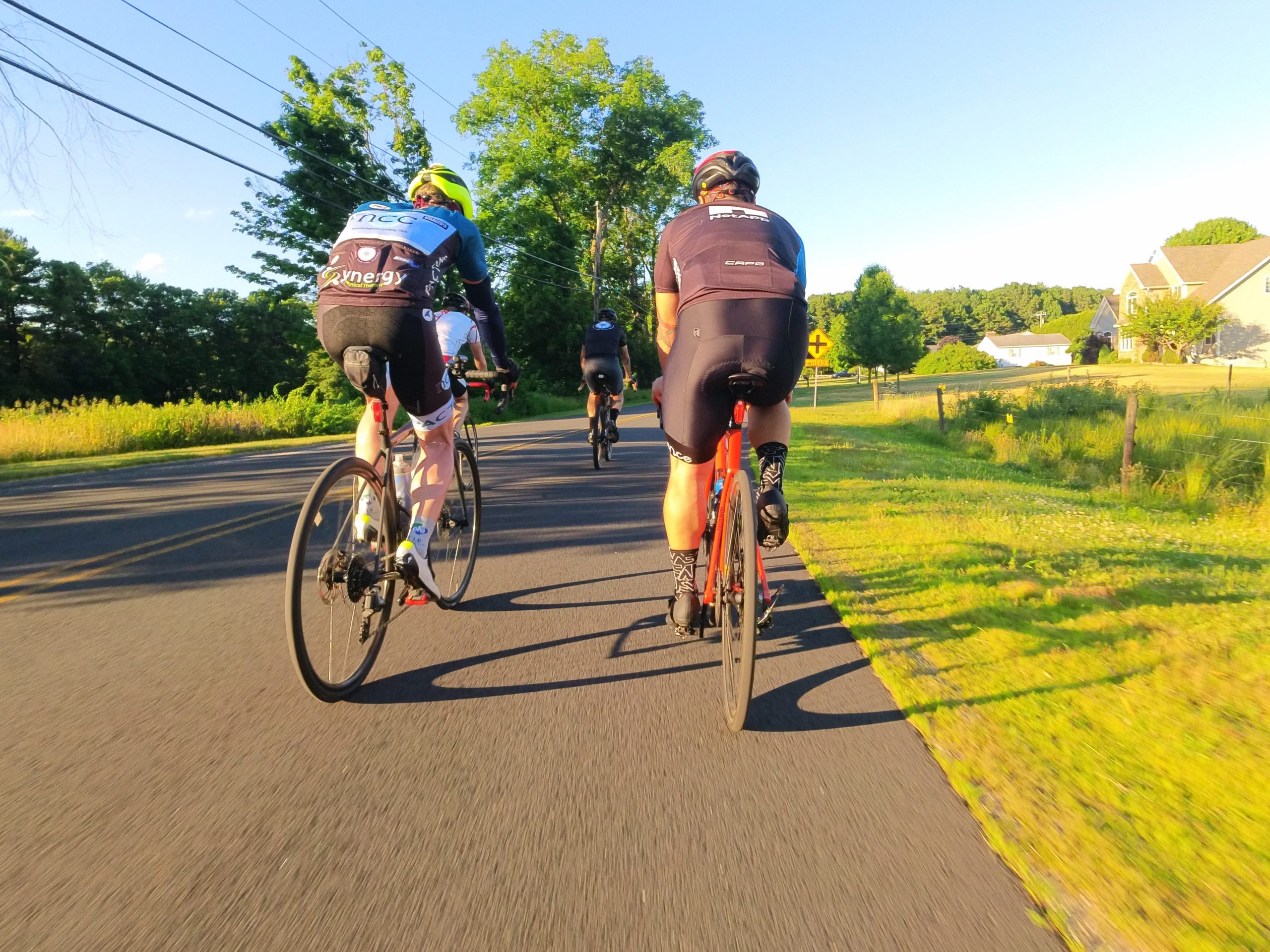 Up until this point I had been staying in the middle and back of the pack. Juan waved me up and needed the directions to complete the route. That new rotary by Whitebrook Middle School still surprises me every time we ride by.

Even though this was the Chipmunk Loop, the route passes the street where I grew up and where I went to high school. I decided that we had to stop at Williston for our group photo. To my surprise as we turned into the quad, there were chains blocking the way. We lifted the chain, took our photo, and then resumed our route.

We took the bike path home. As we went by the back of the American Legion Hall in Easthampton, there was a fire burning. It smelled rather unpleasant, so I don’t think it was a barbecue. 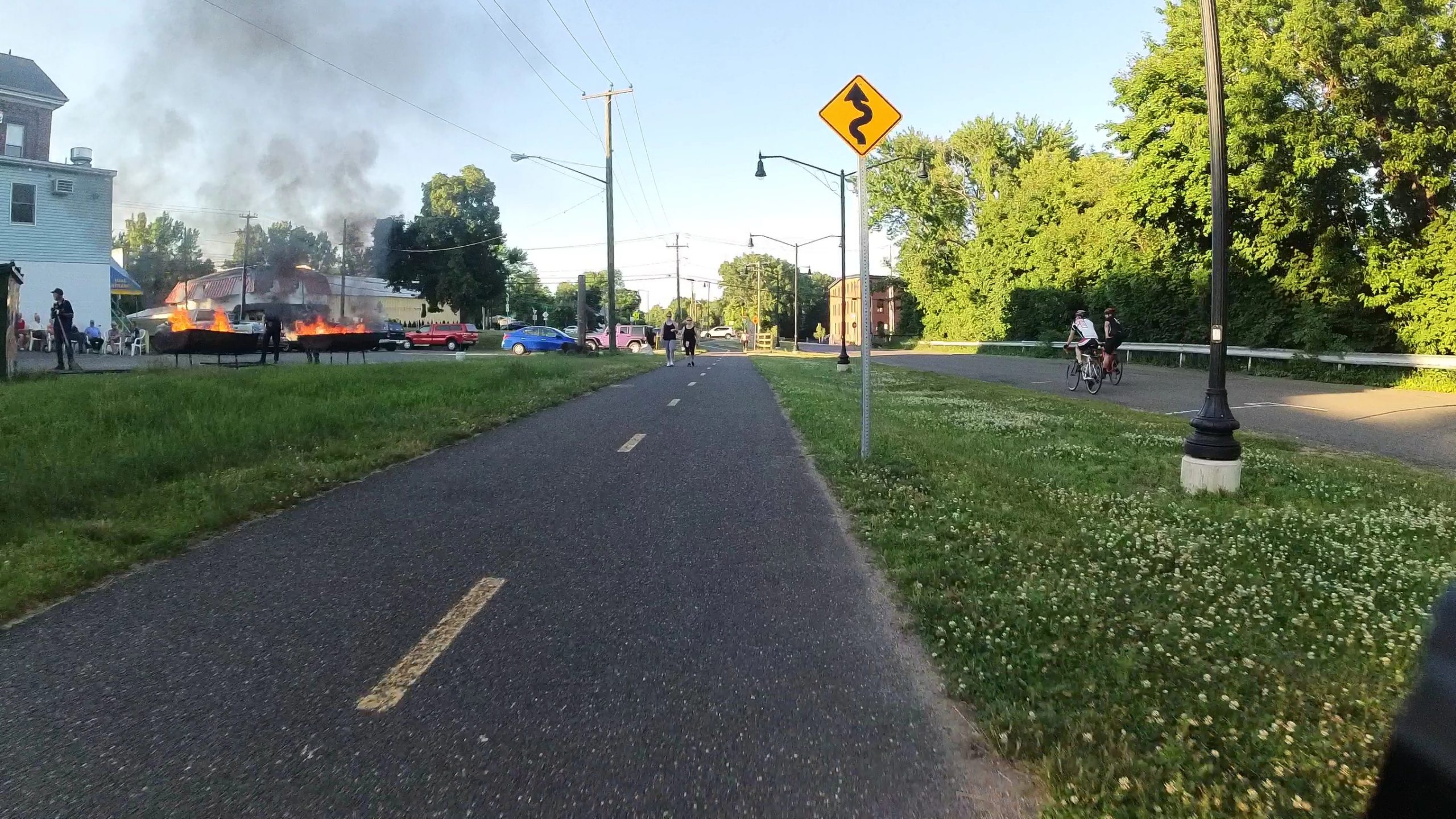 It had been awhile since I’ve ridden the bike path from Easthampton to Northampton. I forgot how many poles are in the middle of the path. Fortunately, our group did a nice job of pointing the hazards out. 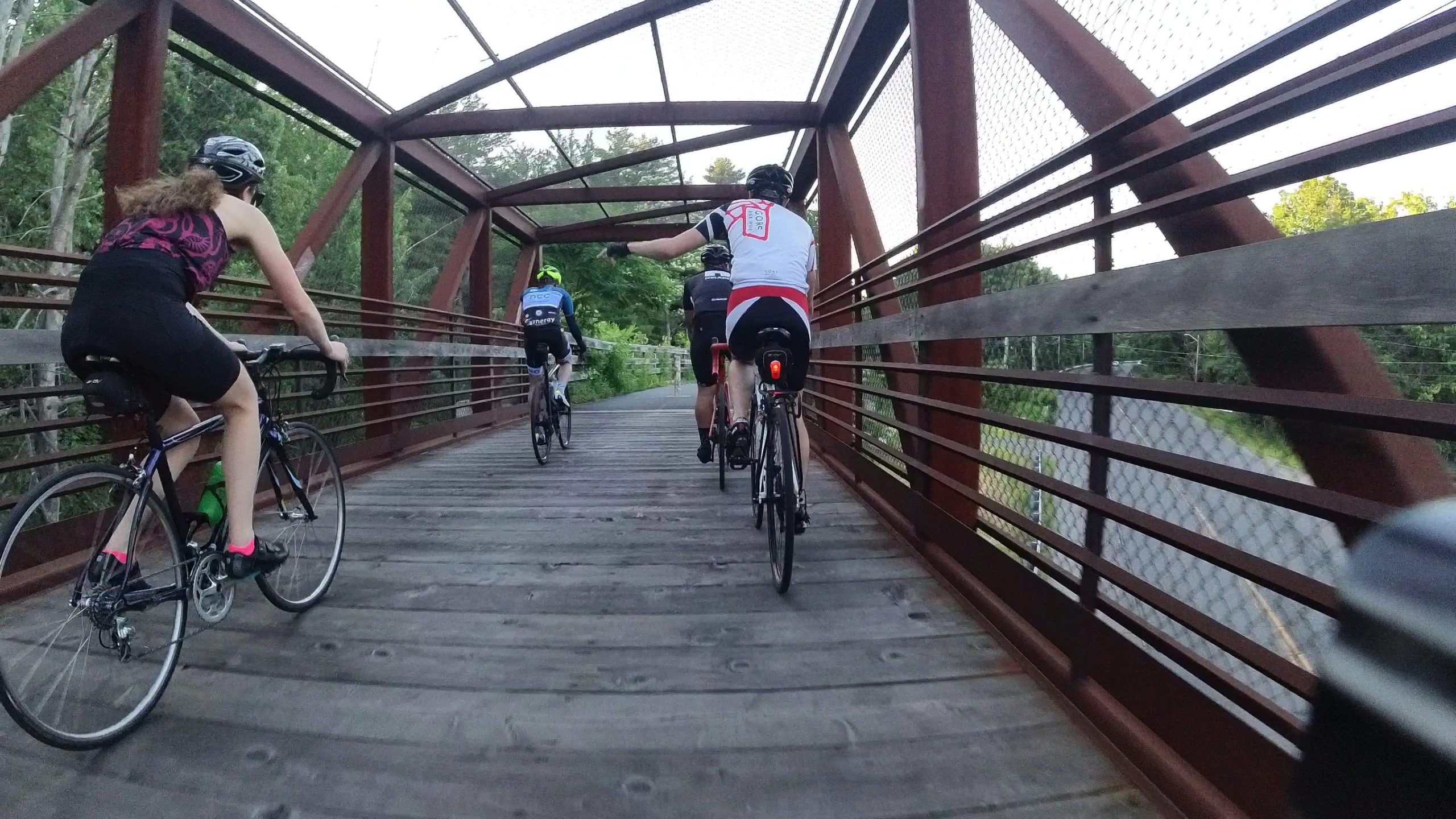 We arrived back at Pulaski Park around 7:30 PM. In total, we covered approximately 27 miles with 1,200 feet of climbing. The Tuesday streak of seeing animals continued. We encountered turkeys and of course, chipmunks. On his ride home, Juan also encountered a deer.

Juan is open to route suggestions for next week’s ride, so drop him a line if you have any ideas.