We had the largest group so far this year for tonight’s Intro ride, with seven riders joining Ari, Henry, and me, including four first-timers — it was great to see so many new faces. We added a bit of climbing this week on the Northampton loop (compared to our very flat first two rides), with short but steep climbs on Burt’s Pit Road and later on Sylvester Road. Jennifer had a bit of a soft tire early on, but we quickly sorted that out by adding a bit of air. The biggest challenge of the night was the huge swarms of gnats when we stopped momentarily by Roberts Brook Reservoir. Thanks to everyone for coming out tonight, and hope to see you again soon! 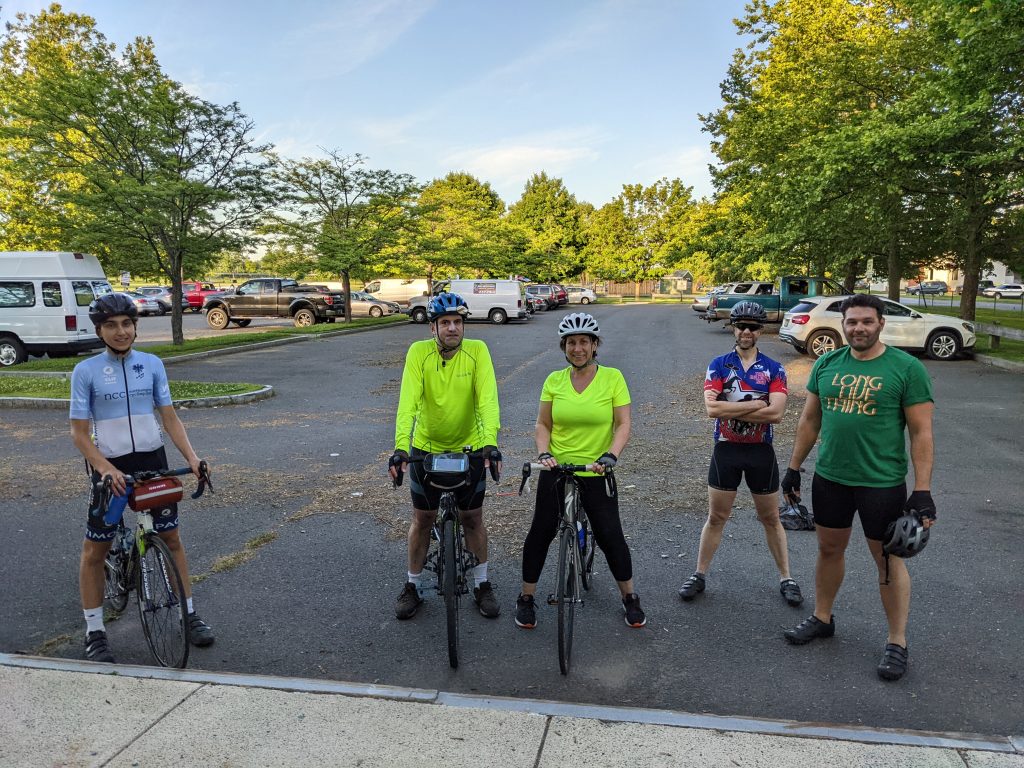 Ari, Chris, Jennifer, Henry, and Jason at the end of the ride. Bill, Vivienne, Tyler, and Olivia split off earlier.