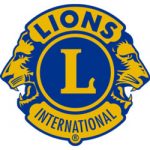 Today the Northampton Cycling Club had over 24 members participate in the 2022 Hatfield Lions Club Bike Tour! This small event raises money for eye research, the traditional cause for the Lions Club. In addition to the entry fees paid by our members, the NCC made a small monetary donation to support the event.

The event, which is in its thirteenth year, is usually very small. There were three distances today: 25 miles, 35 miles, and 50 miles. Most of the NCC riders chose the 50 mile route, which was actually a 56 mile route. Many of us also tacked on a few extra miles, in Zwift terms a rebel route, to make it a metric century. With the big NCC participation, we helped the Lions to have the most participants ever in the 50 mile route.

Earlier in the week, rain was predicted. Fortunately, that changed. The overcast 65 to 75 degree day was ideal for riding. Many riders registered onsite, which only helped boost participation.

At 9 AM, most of the NCC riders gathered for a photo in front of the Lions Club Pavilion. I knew it was going to be a good day when the gentleman taking the photo kept having to back up. There are 20 NCC riders in the photo and there were several more who missed the photo as they were taking their bikes out of their cars.

We rolled out as a group and stayed together for the first few miles. By the time we reached Depot Road, we began to separate into different groups. The short Westbrook Road and the Haydenville Road climbs truly separated the groups. My little group turned out to be Justine, Kathy, Brant, and Chris for most of the day. We also had Andy and Peter with us at certain points as well.

As Adams turned to O’Neil, the dreaded sharp uphill began. Ride with GPS claims the max incline is 13%, but my group shouted out that they were seeing 17%.

Heading up Ashfield/Williamsburg Road, we were strung out a bit, but we all made the climb with ease. As we turned onto Route 116, Brant and I stopped briefly as the group continued on. My left shifter was wobbling a bit, but I was able to tighten it. It had been driving me crazy for the climb up Ashfield/Williamsburg! Brant and I coasted down Route 116 into Conway. We even saw turkeys (perhaps vultures) in a field along the way. In downtown Conway, we regrouped with Kathy and Justine for the final few miles before the rest stop. 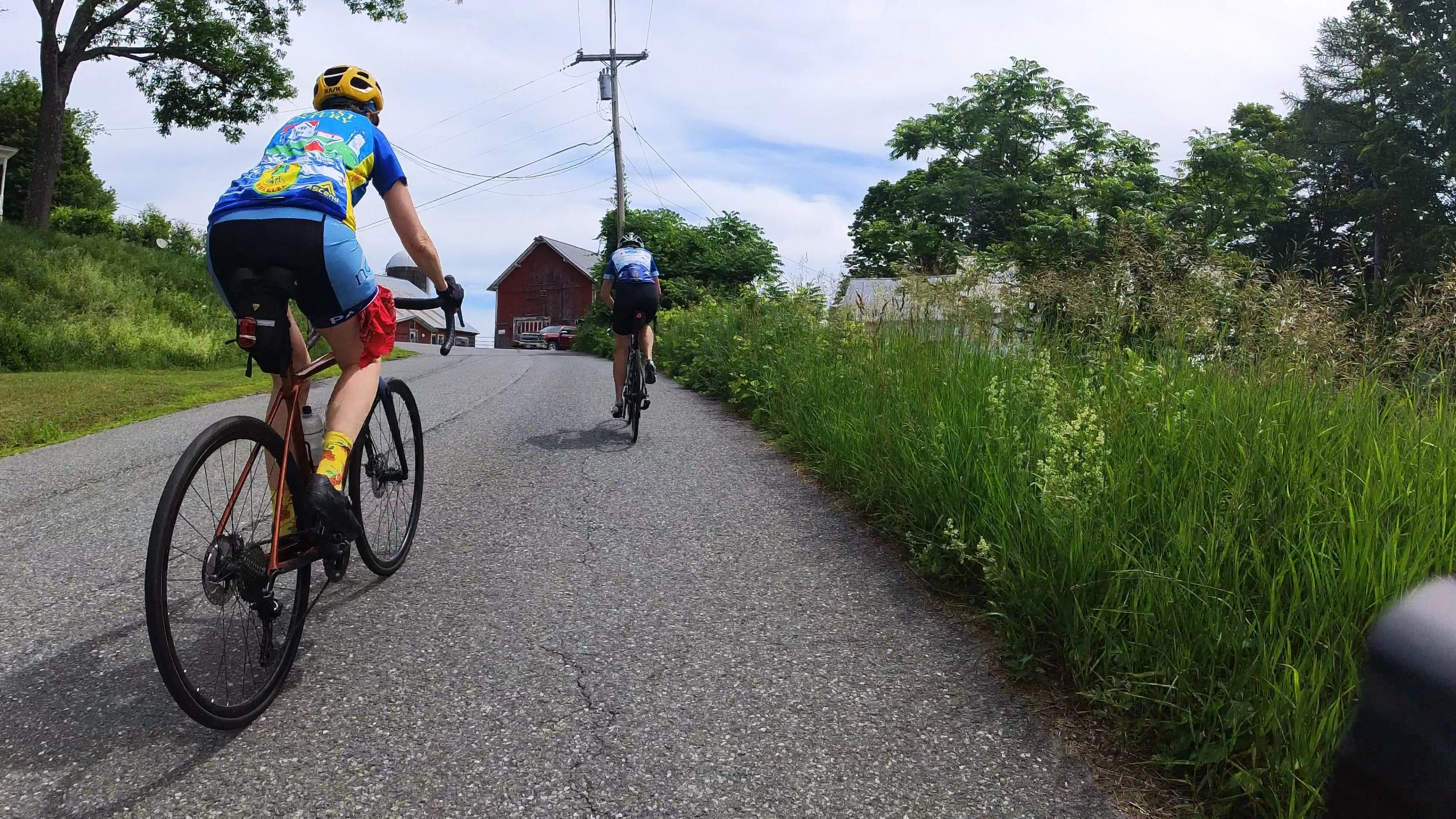 The Bardwell Ferry Bridge is always a picturesque spot. The road slopes down sharply before turning onto the bridge. One rider, who was first to arrive at the rest stop, overshot it. He ended up with cuts to his face and missing sections of his jersey. I heard that his front wheel was also badly damaged. All things considered, he appeared okay. The Lions gave him a ride back to the start line. 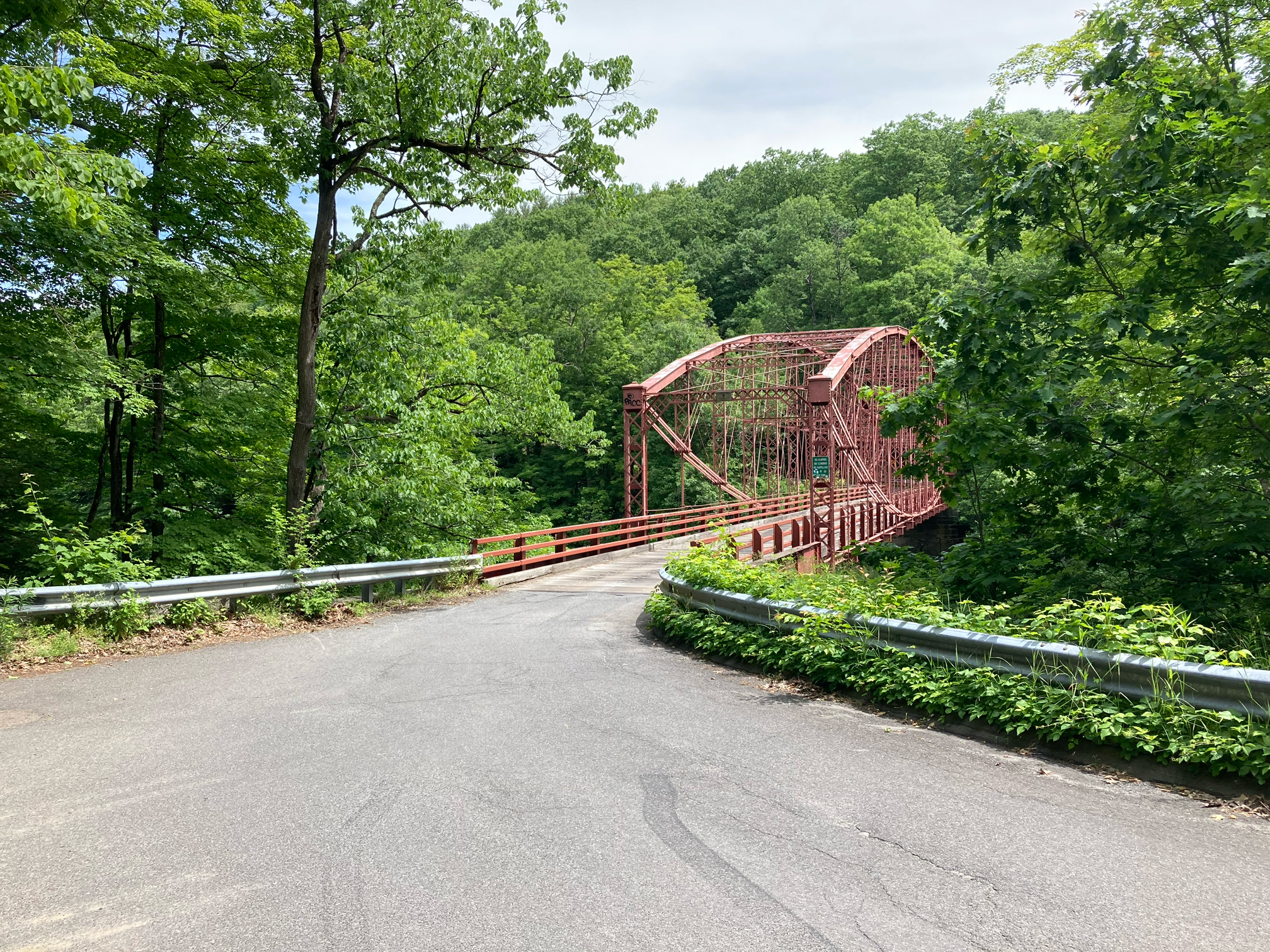 I’ve never seen so much activity at the Bardswell Ferry Bridge. There was some sort of canoe/paddle thing going on. As we were leaving, many cars were backing out and it was a miracle that all the cars and bikes survived.

Immediately after leaving the rest stop, we started climbing again. Kathy, Justine, and I met Aline and Vince, new club members, and rode the 10 miles to the next rest stop with them. The climb up South Shelbourne was challenging as always. The first time I rode it five years ago, I thought I was going to die and had to walk sections. I had no problem today, which made me very happy. The descent was very fast and fun. We thought we lost Aline and Vince as we navigated the sharp turn on Monroe, but they ended up ahead of us thanks to a small shortcut through Fairview.

With relatively fresh pavement on Upper Road, we flew down to the Stillwater Bridge and to the final rest stop. At this point, we had a choice – turn right at the end of Stillwater following the official route or turn left and cut through Old Deerfield to extend the ride to into a metric century. Brant turned right, while Justine, Kathy, Austin, James, and I turned left.

I give a lot of credit to the Tuesday Time Trial group. The pavement on the Deerfield section of River Road had a lot of deep potholes. We rode the six extra miles and rejoined the official 50 mile route at the intersection of Hillside and River Road. As we navigated across Route 116, we encountered Sima. When I saw her again back at the pavilion, she was beaming with pride for completing the ride.

For the final eight miles, our group broke up. Kathy, Justine, and I formed a pace line to combat the ever present River Road wind. Kathy estimates that this tactic saved us 30 minutes.

We got back to the start line around 1:30 PM. The lasagna and baked potato were welcomed.

On behalf of the NCC, I would like to thank the Lions for hosting a great event. It is never easy coordinating a ride.

I also want to thank our NCC members for riding today. From talking with riders after the event and reading Strava descriptions, it appears everyone had a fantastic time.