The forecast said it was not going to rain until close to midnight. So as Juan, our ride leader, started our ride at 5:30 PM from Pulaski Park, we had very little concern about the weather. Granted, it was an incredibly windy day, but that is becoming normal.

Before departing, Juan called for volunteers for upcoming NCC events, especially the Tour of the Hilltowns (June 25th). I also plugged this weekend’s Hatfield Lions Club event, which currently has six club members signed up for the 50 mile route.

We had 9 riders at the beginning, but we did pick up two additional club members for portions of the route.

At the traffic light at the top of the hill on Prince Street (old state hospital), our group was waiting next to a very large pickup truck. The driver hit a button in her truck and the passenger side mirror retracted. We were all impressed and viewed it as a kind gesture.

Juan forgot to load the route into his bike computer. A few times, he looked back at me or Chantal for confirmation of a left, right, or straight. On Spring Street, we waved at Tom Hoogendyk, the club’s youth coordinator, who was heading to Trail Blasters practice.

Towards the end of Reservoir Road, we saw a deer crossing the road. Our trend of seeing wildlife continued.

The pace picked up on Sylvester Road. I think we all sensed that the weather was turning. By the time we regrouped at the corner of Torrey Street and Loudeville Road, the wind was causing the trees to swirl and a few drops were hitting the sides of our faces. Juan and I had a very brief conversation and conferred with the rest of the group. 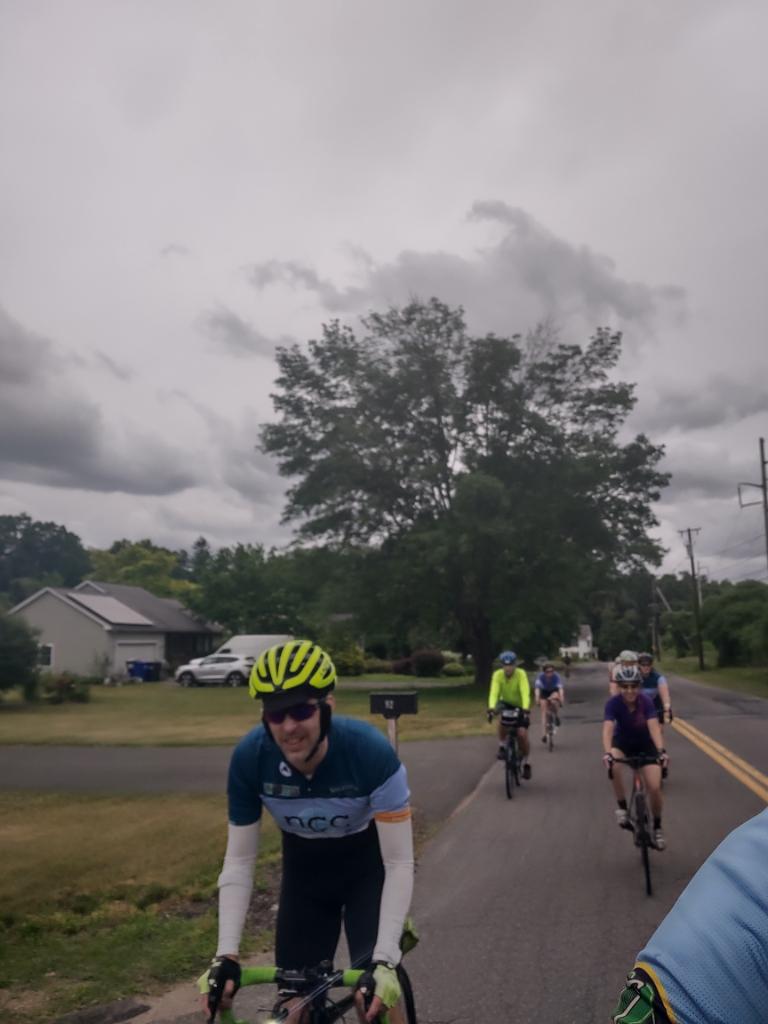 With the help from the discussion board this morning, we were prepared for a detour around the missing bridge on East Street. With our weather abbreviation, we did not make it far enough to use the detour.

We snuck though the edge of Williston’s campus on Main Street in Easthampton and then cut over towards Eastworks. We eventually made it back to Easthampton Road/South Street. Although it was probably quicker, next time we will probably take the bike path since Easthampton/South’s road conditions were less than ideal.

As we arrived back at Pulaski Park a little before 7 PM, we took group photo and then departed. About five minutes later, as I was loading my bike onto my car, the rain picked up in intensity. 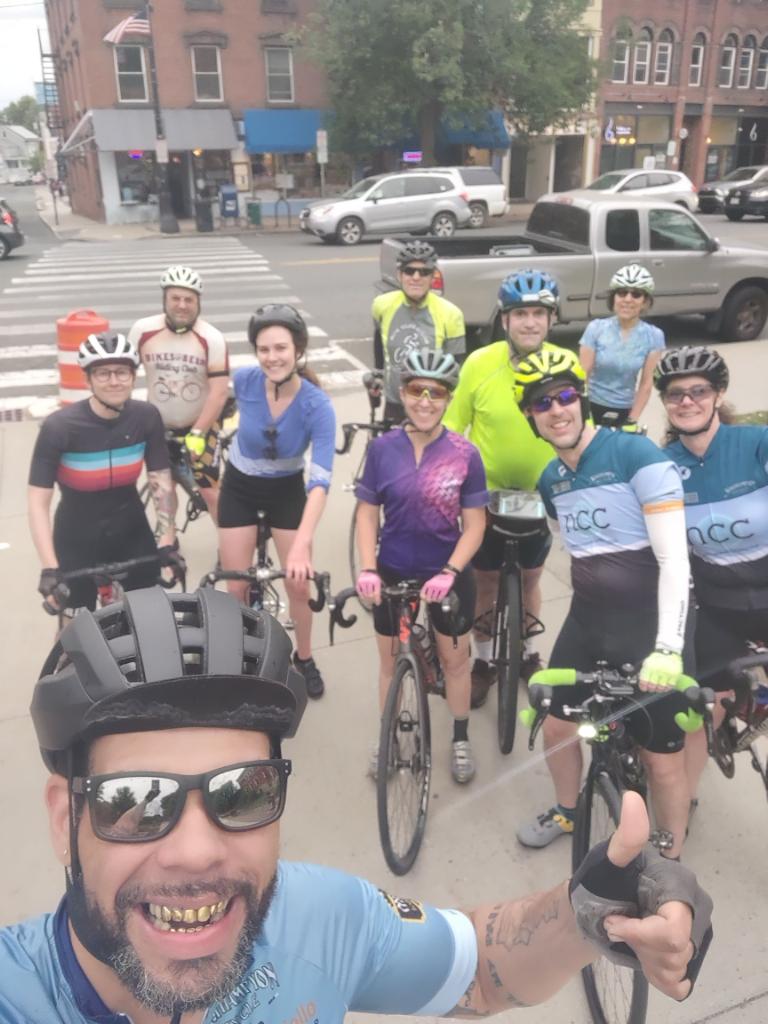 As a group, we covered a little under 19 miles with 741 feet of climbing. Our original plan had been 27 miles with 1,200 feet of climbing, but 8 additional miles during a storm was not a welcomed idea. Juan made the right call in cutting the ride short.