Juan, our usual ride leader, had a last minute conflict, so I had the pleasure of leading the ride this evening. The weather was ideal. It was around 70 degrees with low humidity and a gentle breeze. We could not have asked for better conditions, although Sean did request that I raise the temperature a bit.

At 5:30 PM, we had 12 riders depart Pulaski Park. As is becoming common, Ari joined as we passed City Hall to make us a baker’s dozen. The past few weeks we have gone in the Hatfield/Whately direction. Since tonight was the Long Time Trial in Hatfield, I decided to take us towards Williamsburg.

We made it around the curve on Burts Pitt Road and transitioned to Ryan Road. We dropped a few riders on the hills on Sylvester Road, but regrouped at the stop sign at the intersection with Chesterfield Road. 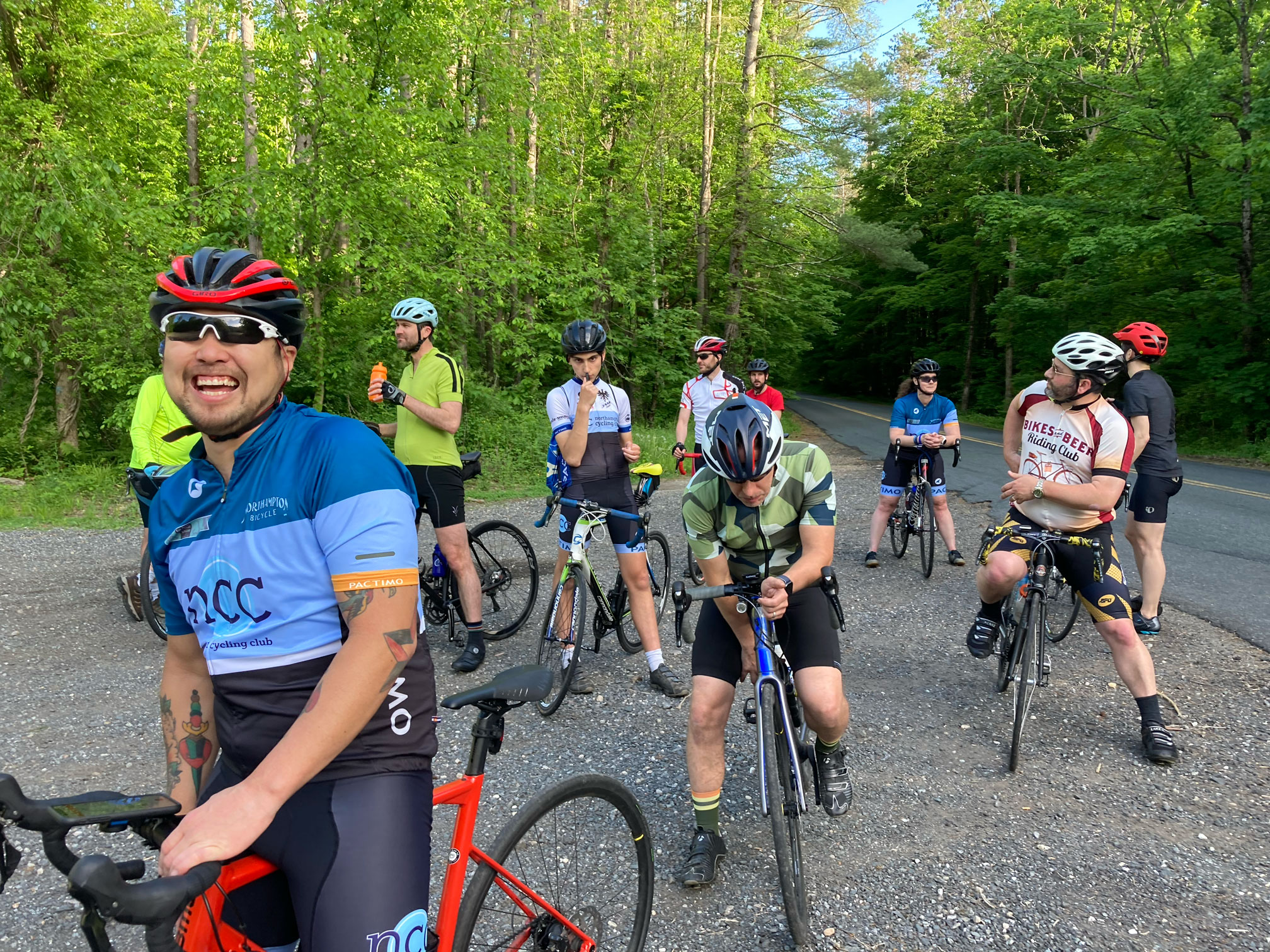 For some reason, I always like riding Reservoir Road, up until the many potholes around Musante Beach, which appeared to be preparing to open for the season.

At the post office in Leads, I realized that I designed the route to go up Audubon Road, which is a bit of sharp hill. The group did great, and we regrouped once again when the road flattened out. As we went towards Williamsburg on South Street a car was very nice and decided not to pass us. This created a small line of cars behind us, including a school bus. At the stop sign, we let the cars pass. All the kids on the school bus waved at our group.

At this point, it was pretty much down hill until Northampton. As we encountered the Leeds post office once again, Ari headed for home. The remaining riders hopped on the bike path and did a lap of Look Park, which was eerily deserted, especially compared to last night’s NCC Youth Cyclocross. We never found a sunny spot for a photo, but we took one nonetheless. Tiffany told us about an upcoming triathlon for kids under 12, including a division for 6 year olds. 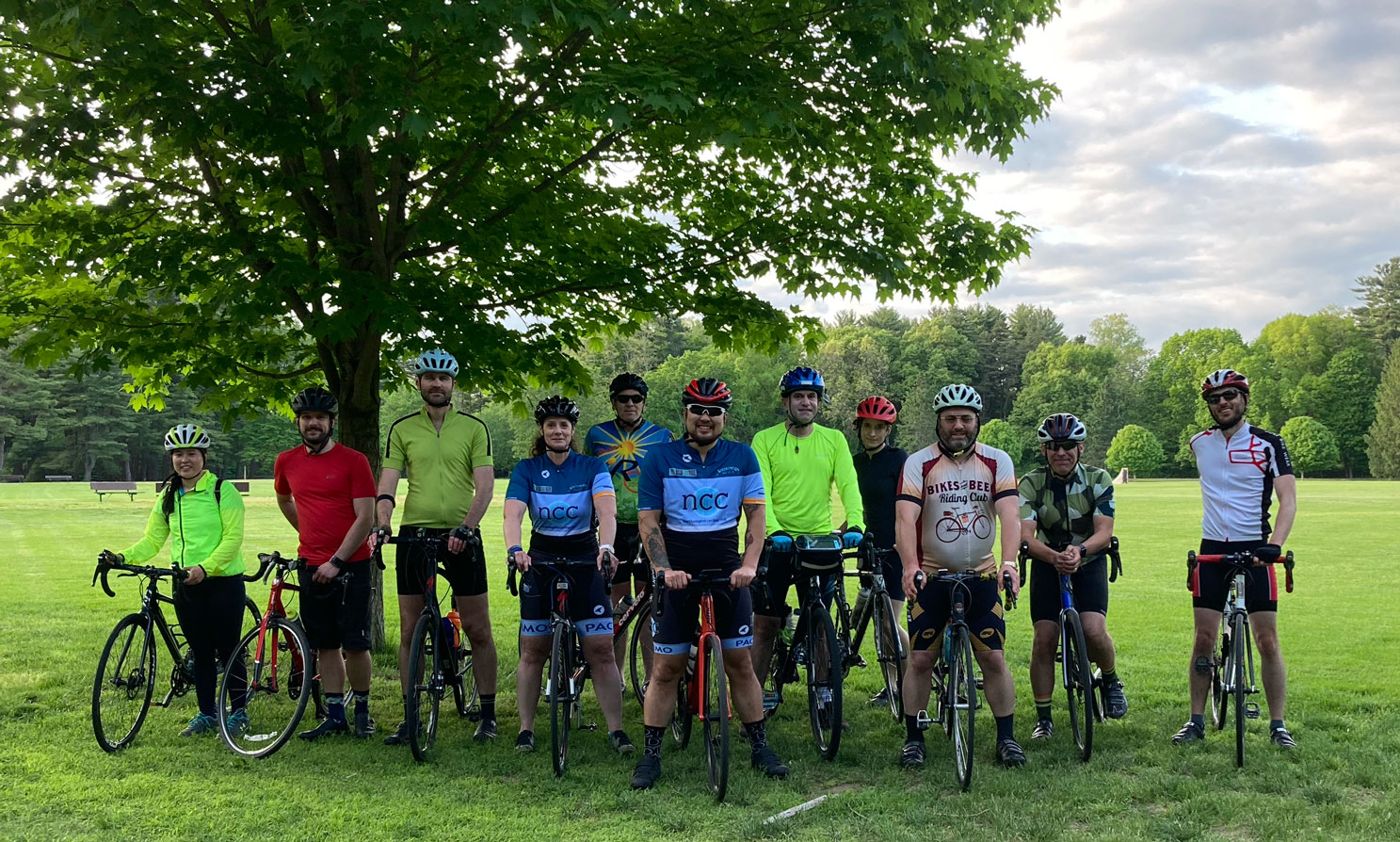 As we left the park there were archers taking aim at targets just past the Pines Theater. The rest of the trip was on the bike path. As we went past the Florence Diner, we could see the pavilion that was damaged in the storm over the weekend. It was surrounded by yellow caution tape. A little farther up, we even saw a group of ducks just hanging out off the bike path.

In total, we rode 22 miles with 900 feet of climbing. We had a comfortable pace of around 14 miles per hour. We arrived back at Pulaski Part around 7:20 PM.

Please volunteer for the Tour of the Hilltowns!