To avoid the predicted temperatures in the high 90s, we started our ride at 8 AM, opposed to the regular 9 AM. We had ten riders in the C group this morning.

Since the route went through Hatfield towards the end, I rode over to Pulaski Park and departed the adventure when we rode through Hatfield. It was remarkably cool and wet as I rode to Northampton. I arrived at Pulaski Park around 7:50 AM and was surprised, and a bit worried, that I was the only rider present. Within minutes, everyone showed up.

Mark, our ride leader, led us out a little after 8 AM. Ari was running late, but caught up to the group as we turned right at City Hall.

Our first rest stop was at the Williamsburg Market. One of store’s employees even came outside to entice us inside for food samples. As we departed, Roger was pulling up for a break from his solo adventure. 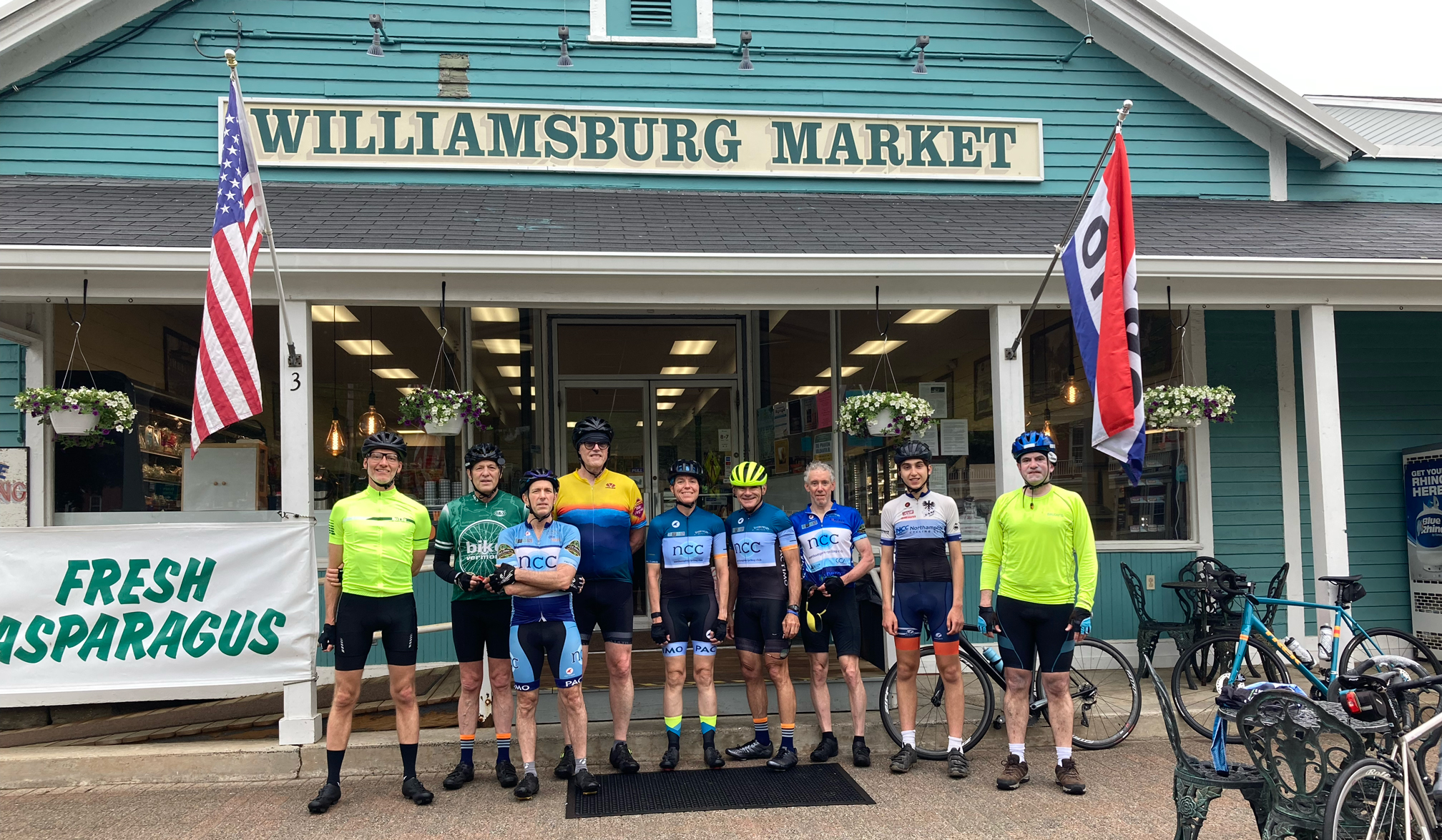 Up until this point, Mark had us riding a relatively flat route. Our climbing began right away after the rest stop. Village Hill Road has a 13% section, which separated the group, but we reconvened at the stop sign before the turn onto Old Goshen Road.

We looped back to downtown Williamsburg and then went up Nash Hill. We cautiously descended O’Neil Road, which has a stop sign at the bottom before turning into Adams Road.

Mike told us that on Thursday’s C+ Ride he saw a bear on Mountain Road. Upon regrouping in Whately, Peter, who fell behind with a dropped chain, reported that he saw a bear. There was a lot of discussion about if it was the same bear, which included the physical characteristics of the bear. For the record, today’s bear was in shape, but not too muscular.

As we continued through Whately, we had to stop at the cake. Although it is the same cake that was in Hatfield for the 350th anniversary of the town, it just looked less special commemorating a mere 250 years for Whately. I may be a bit biased.

As we passed the Hatfield Market, I broke from the group and headed home.

For the official route, we rode 39 miles with just under 2,000 feet of climbing. We definitely beat the heat. It was in the low 70s by the time we finished around 11 AM. We all have to wash our bikes!