The weather forecast all week for today was like “danger, danger, heat index 191 degrees,”, blah blah blah.  So, we decided to move ride start times an hour early.  Although a good call, the weather forecast once again was wrong.  Of all days, I thought that I could hop on the bike with full summer kit.  I got no more than to the end of my driveway and headed right back in to grab my wind breaker, as it was misting and the roads were wet.

I arrived at Pulaski with a gross bike and useless sunglasses, along with five others.  The temperature was actually in the low 60’s and though it was misty/humid, it was not so bad.  We headed to the east, over the Connecticut river with some good Saturday morning social time.  The route I put together is not any new roads to us, but a backwards direction than we typically ride. Many folks had done the Pelham hill climb this week, so I decided not to repeat that.  It also set us up for increasingly difficult climbs, but with a big fast descent near the end.

Someday, Leverett Rd. in Amherst will be repaired.  This stretch was so bad that the lights on my bike got twisted around.  Probably, so did our lungs and other vital organs.  Once that mess was over we had a nice pace up to the first major climb- good ole’ Cave HIll.  We might have kept Schuyler waiting too long, as he was doing reps (on every big climb).  The top of Cave Hill never disappoints: 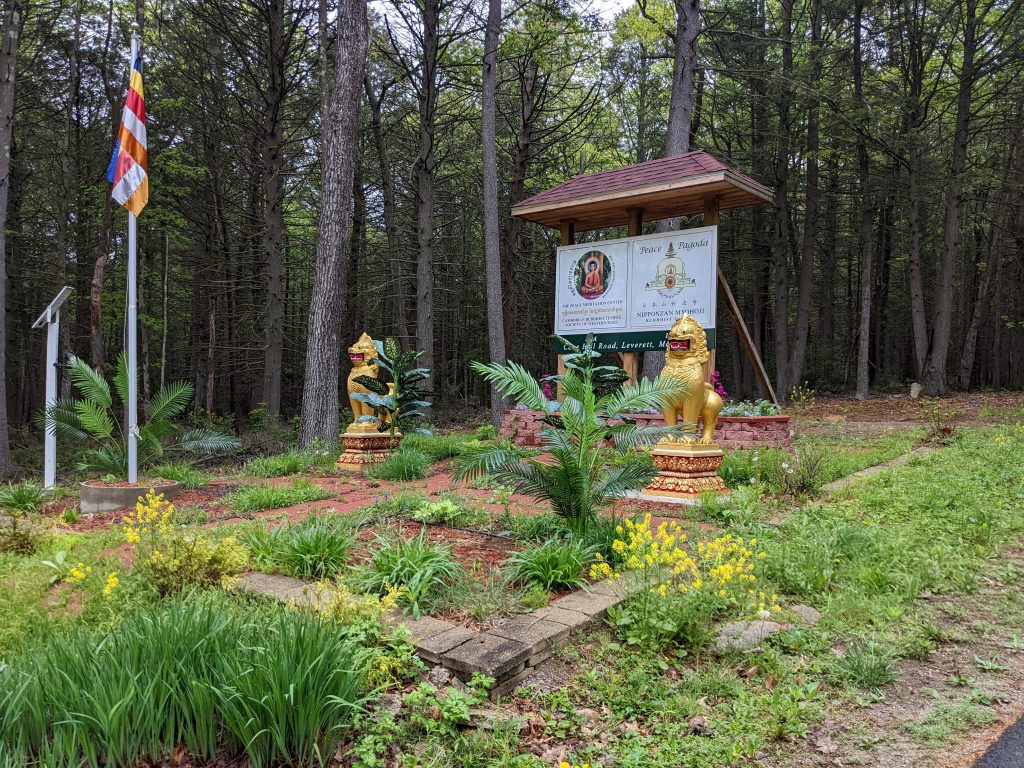 From there we headed over the Lake Pleasant village of Montague.  One of my favorite stops is the Bridge of Names, and it is always worth while one.  I had thought that it was much older- but it was built in the early 1970’s, and simply to connect the two sides of the village.  The names on the posts are the donors whom financed it.  Recently parts of it were destroyed by a storm, and a Gofundme campaign helped get it rebuilt. (Greenfield Recorder Article). 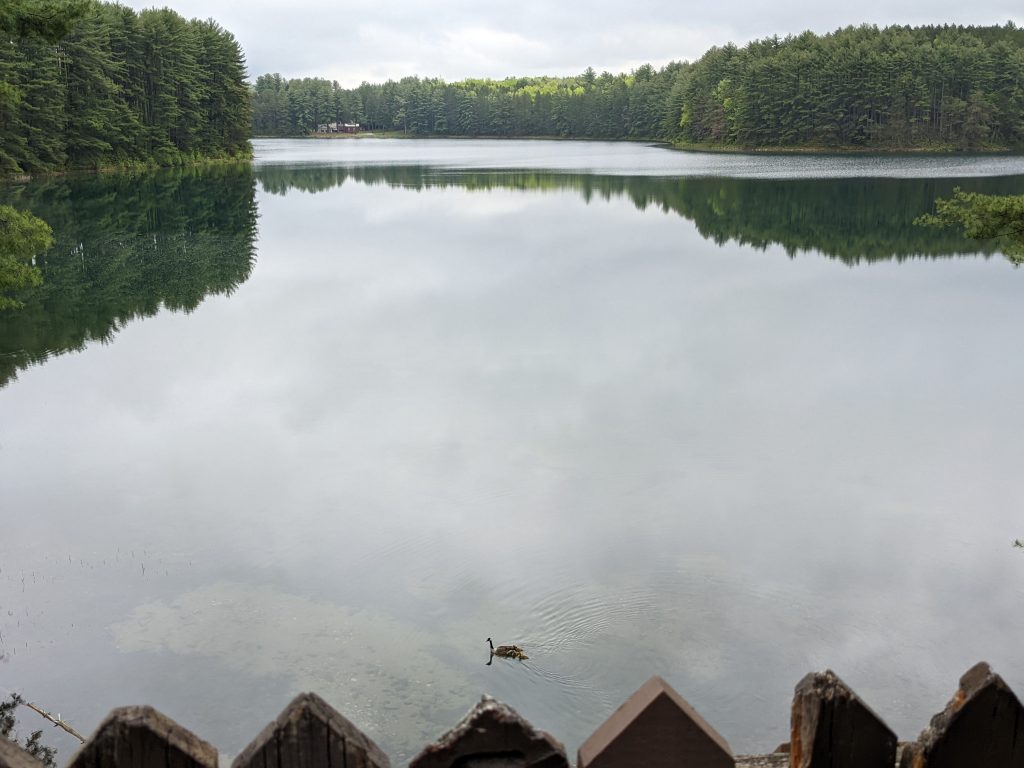 The sun was not out yet, and so the ride remained comfortable (just maybe a little soggy).  The big climb of the day was out of Montague over Mormon Hollow and Farley Rd into Wendell.  Always spectacular views and farms.  We stopped at the Wendell country store for hydration.  They filled our water bottles, which was very nice.  I reminded everyone that there is much more climbing to come.  Otherwise, it would not been a route designed by me, right?

A rapid and almost cold descent to Lake Wyola, where folks were swimming and BBQ’ing, resulted in the long (at least I thought so, Chris seemed to disagree) climb back up into Shutesbury center.  As we approached the center there was fog lingering.  Big day for Shutesbury I guess- important town meeting- plenty of police and closed roads.  We had a great chat with an officer as we were recovering.

What goes up, always comes back down (right?- wait- no not with Tim)!  We headed up W. Pelham Rd, which, then finally we got plenty of fast, fun descending the NCC hill climb into Amherst Rd. We could have gone home from here- but nah- up up and up to Packardville, which really sneaks up on you.  Does not seem like a lot, but it adds up.

Finally, to make it all worth it, we screamed down Gulf Rd… which we don’t do often (down, that is). It is  in pretty good condition and a real treat.

The route home I forgot that Warren Wright Rd is yet another climb!  Thankfully, Schuyler and Ron pulled us home on Bay Rd at a very rapid pace.  At the end of a ride like this it is amazing how much energy they had, and we thank them for their service.

The sun really did not start shining hot until we got back into town at about 12:30.  It was a beautiful route and not a bad weather day after all.  65.9 miles, 17 MPH average, 4200 feet of elevation, average temperature of only 71F.