The weather conditions for today’s NCC Saturday morning C ride proved to be much improved from the previous week. At the start the temperatures were already 15 degrees higher than the highs of last week, and reached the mid 80’s by early afternoon. For a change the winds weren’t too great a factor either. All in all it was a great day to be out on the bike. As it turns out we started out with 8, good solid, riders. I mistakenly thought we had 9 at the start and at one point wondered where we lost one. Fortunately, the story of the missing rider got sorted out later.

A favorite route that I hadn’t gone on yet this year heads south into Westfield to ride along the northside of the Westfield River before starting back. Today’s route covered 43 miles and had just over 2,000 feet of climbing. There are numerous variations of the route with most starting with climbs up toward, or into, Westhampton and then returning via the valley roads. Because the climbing is front loaded we had already climbed half of it just about at the 17-mile mark when we crossed into Westfield from Southampton.

The part of Westfield we entered is known as Wyben and has been known for its numerous apple orchards in the past, and while there’s still plenty orchards in the area, as elsewhere housing development steadily claims old farmland. Anyways, upon reaching Wyben we had a fun descent down Montgomery Road, up the short, and steep, climb on West Street, and then more descending as we headed toward out turnaround point just short of the bridge taking you into the downtown area.

A trip down this way doesn’t have many appealing refueling places so I suggested waiting until Kosinski Farms at the intersection of North and Russellville Roads. 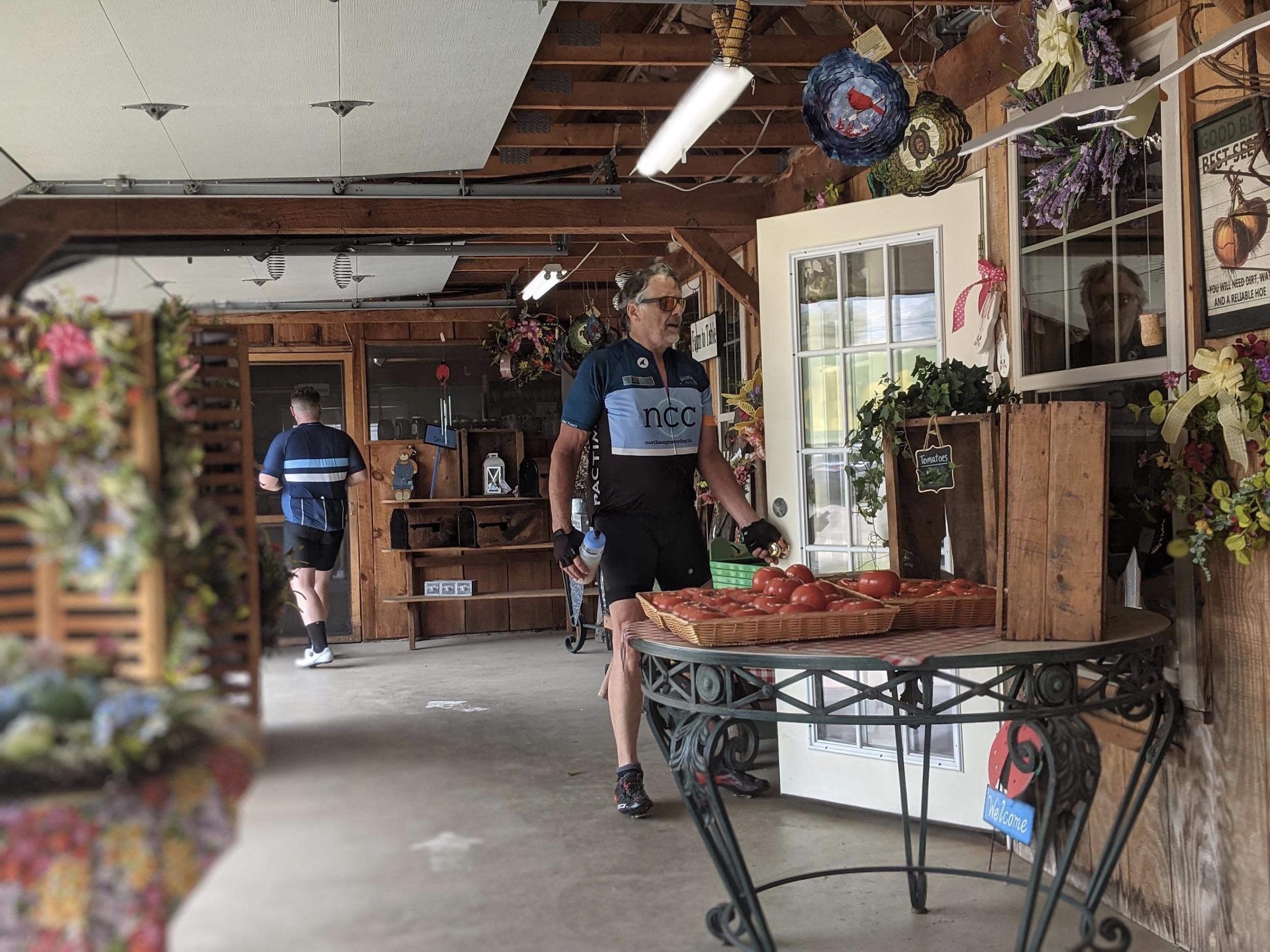 And while the setting is nice I’d hesitate to recommend the place for group rides. It’s not that there is anything bad about the place it’s just that they’re not set up as a convenience store. They have some things but, for instance, water is only available in small 12 bottles instead of gallons. And even though there were visible garden hoses we were cautioned not to take water from them because fertilizer is mixed in for their plants. 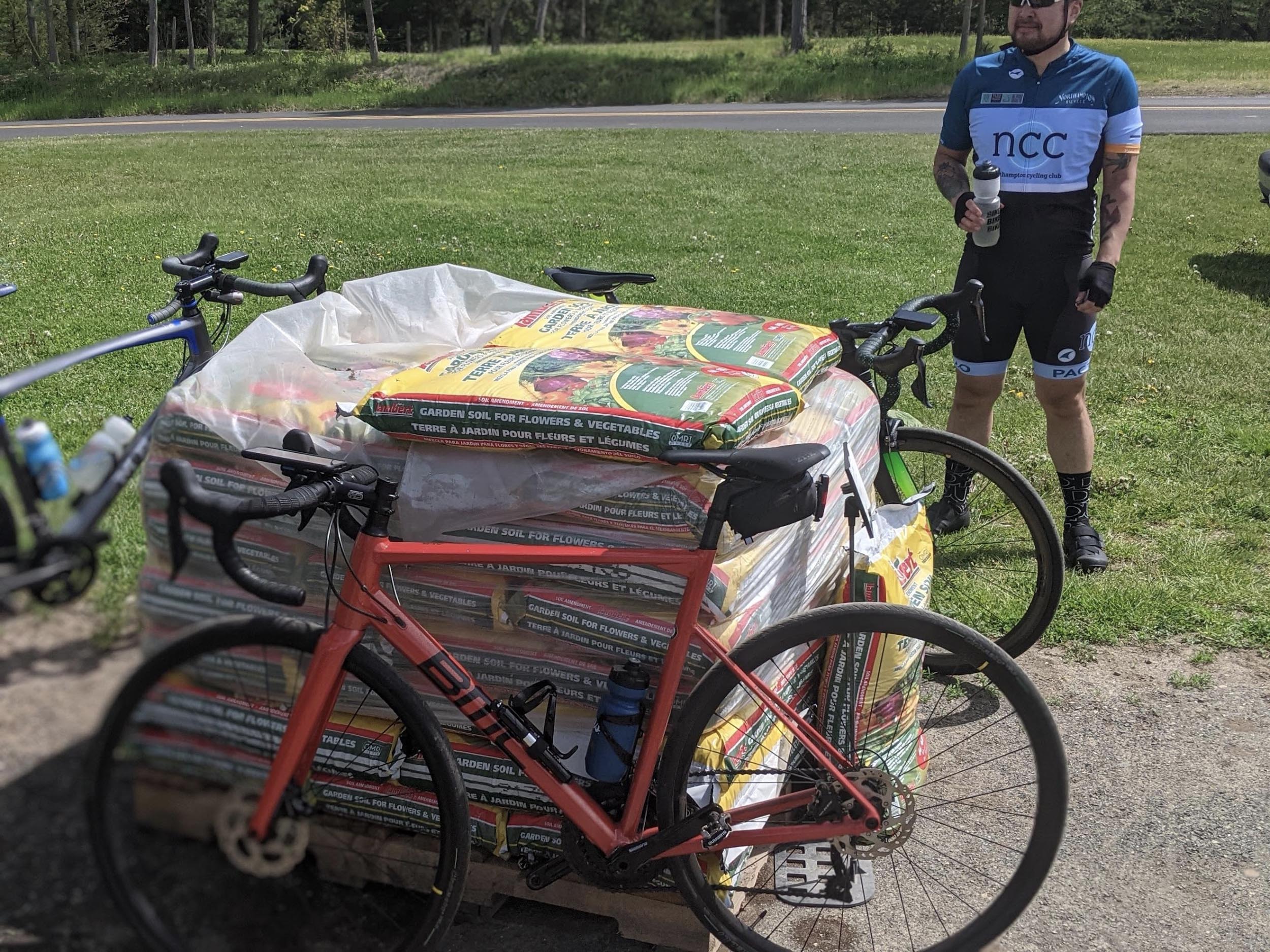 Nonetheless, we rested then headed out for the last leg of the journey. In Southampton a lead group missed the turn onto Pleasant Street and continued up East Street to Bashista Orchards. In planning this route I purposely wanted to avoid East Street due to rutted surfaces but was pleasantly surprised to find that the bad sections had new surface. Sometimes plans gone awry produce good results and, all in all, the missed turn didn’t affect our plans much at all. We returned around noon, and I got to watch a replay of today’s Giro. Apologies for the fuzzy sections in the photos, I think the phone’s been dropped too many times.