Tonight, we had ideal conditions for the Tuesday C ride, 68 degrees and sunny at the start of the ride.

We had twelve riders, including two first-time participants.

Juan, our regular ride leader, had an unexpected conflict, so I had the pleasure of leading the ride. Juan wanted to keep the ride relatively flat as we ease into the outdoor riding season and suggested the same route as last week. I was a rebel and changed the route a bit.

If I’ve learned one thing about being a ride leader on Tuesday night, it is you have to know what the time trial crew is doing. Since it was the Short Hatfield TT today, we snuck into Hatfield and turned immediately on to Dwight Street, well before the 6 PM TT start. We made our way down Cronin Hill, turned left onto Depot, and then right onto Long Plain. As we went up to the main part of Whately on Christian Lane, we encountered the small bridge that is down to one lane.

We stopped at the Whately Library to admire the view and take a group photo. 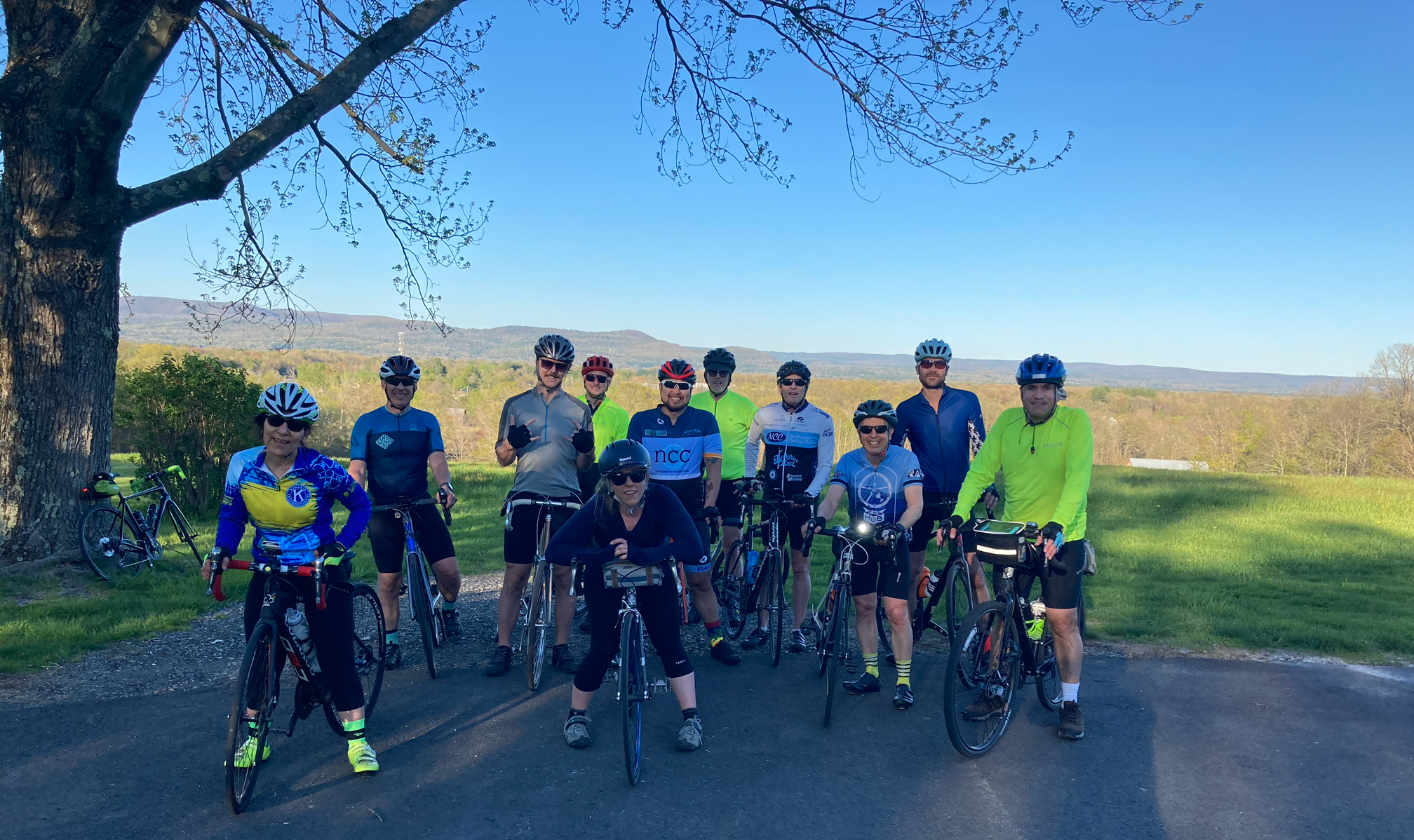 After the stop light crossing Bridge Road, we realized we were missing a few riders. We waited for a few cycles of the light, but they did not appear. Tom took the main group back to Pulaski Park, while I went back to search for our missing riders.

I quickly found them right around the curve (near the back entrance to Big Y) on Cooke Avenue. Peter had a minor mechanical. Fortunately Sean and the others had just fixed it as I pulled up.

As we took the bike path back to downtown Northampton, Peter commented that the roads were very smooth this evening. His timing was impeccable. Moments later we went down State Street behind Stop & Shop, which is one of the bumpiest roads downtown!

In total, we went approximately 24 miles with 600 feet of climbing. We got back to Pulaski Park a little before 7:30 PM. We averaged just under 15 mph.

There were dancers celebrating our return. 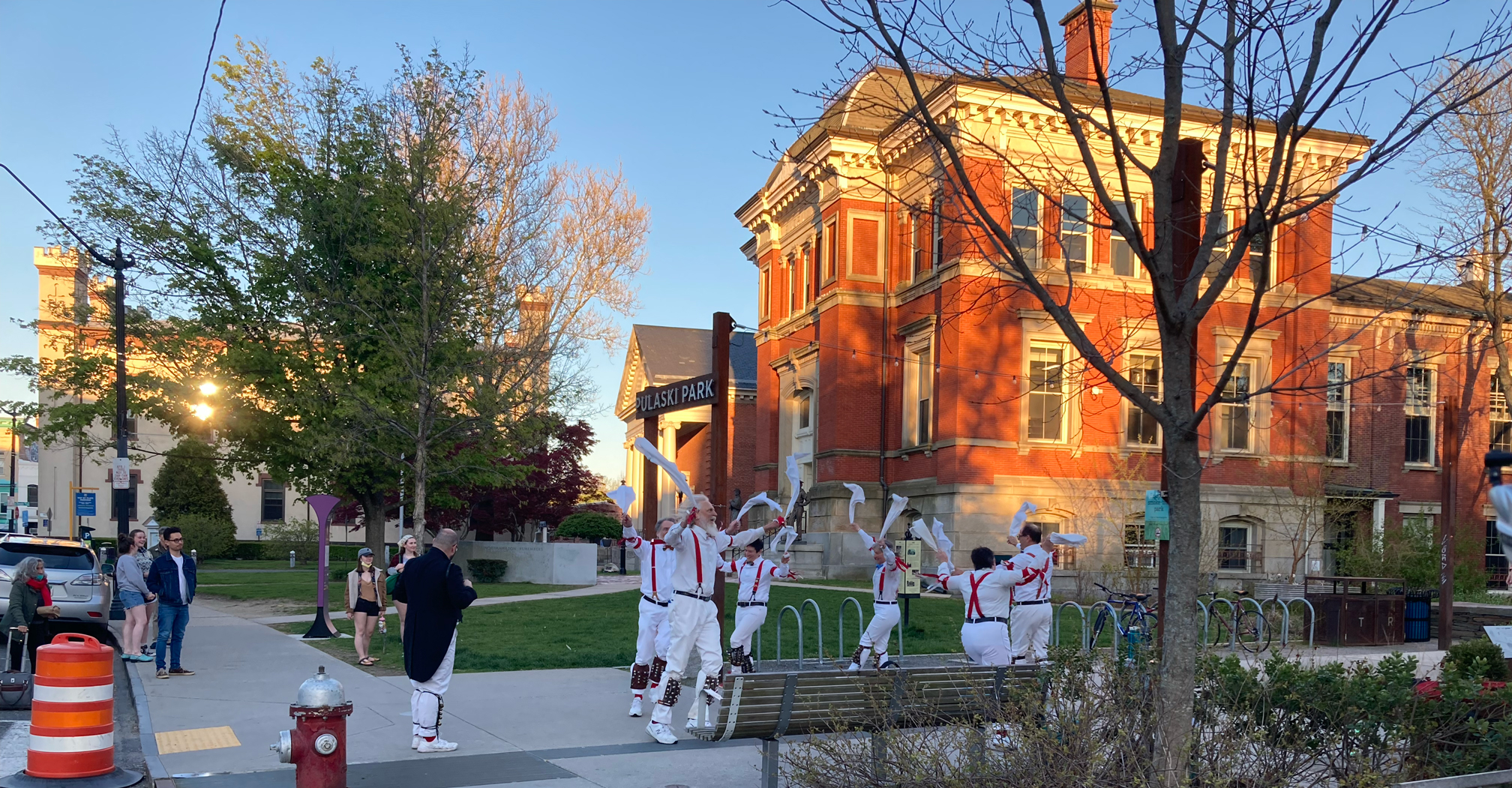