What’s with this weather??? The May 7th version of NCC’s SMR was greeted with overcast skies, cool temperatures, and strong winds out of the NE. It was pretty clear that the 8 of us that started were going to have a rough time of it as we headed across the river toward Leverett. Usually on Cemetery Road in Hadley one can expect a nice tail wind or, at the worse, a cross wind but today we met a straight on head wind for starters. Working as hard as I could I still couldn’t get close to 15mph for most of that road.

As we turned onto Rt. 47 we picked up another rider and heading north lost some of the directness of the wind but certainly only relatively speaking. Leaving Rt. 47 we cut across to Rt. 116, went up Bull Hill Road (where I got a PR by 2 seconds) then briefly touched on Rt. 63 before going up Depot Road in Leverett and headed toward the Cave Hill Road climb, our one rest stop at the Leverett Co-op, and my one photo opportunity. Somehow, I still managed to cut one of the riders out of the photo. 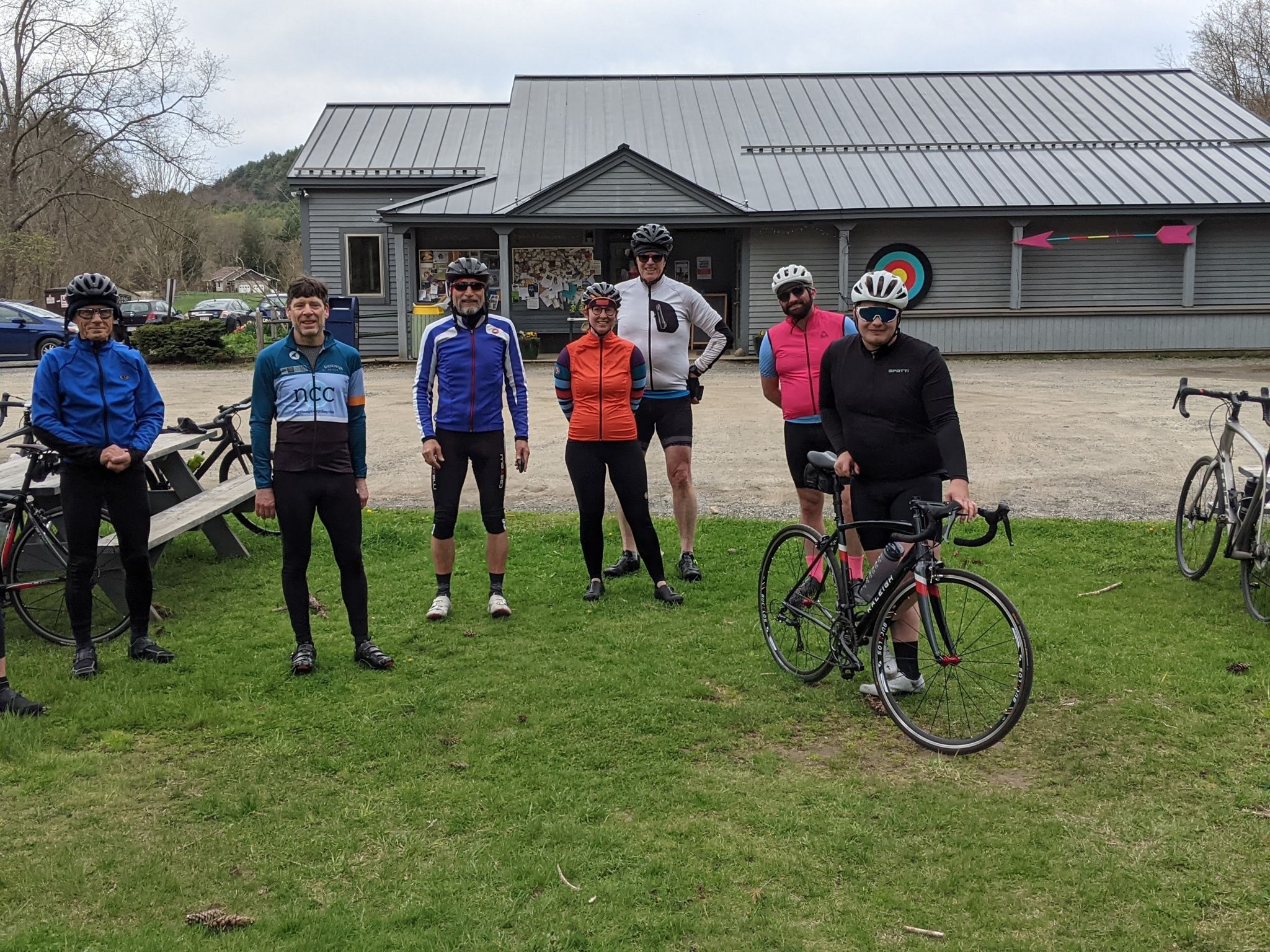 While at the Co-op I learned that of our group, 4 came from the greater Springfield area. I guess that says good things for the NCC. Anyways, we didn’t stay at the Co-op for long because we started to feel chilled. We said goodbye to Rob who joined us in Hadley and started our descent toward the Bookmill and the Falls Road return. And we finally had a tail wind. With speeds in the lower to mid 20’s we comfortably breezed along through the meadows and short rolling climbs. At the intersection of 47 & 116 we regrouped then broke up into smaller groups as we rode through Whately and Hatfield. Overall it was a strong group of riders and provided us all an opportunity to gauge our own levels of fitness for the coming season.