It was a beautiful, but cool, day for our Saturday morning rides. It was around 50 degrees when we gathered at Pulaski Park this morning.

Our two group rides this morning purposely avoided Hatfield, where the annual Hatfield Road Race was occurring. There were eleven races held between 8:00 AM and 1:00 PM. The NCC was well represented, with club members competing throughout the different categories. I filled in for Tim, our usual B ride leader, today so he could officiate the Hatfield event.

For the B Ride we had seven riders. After departing Pulaski Park, we headed for Easthampton. We eventually made it to Chesterfield. Around the 29 mile mark, with most of the climbing behind us, we arrived at the Chesterfield General Store. The store was very cycling friendly and even had a pump for cyclists to use! 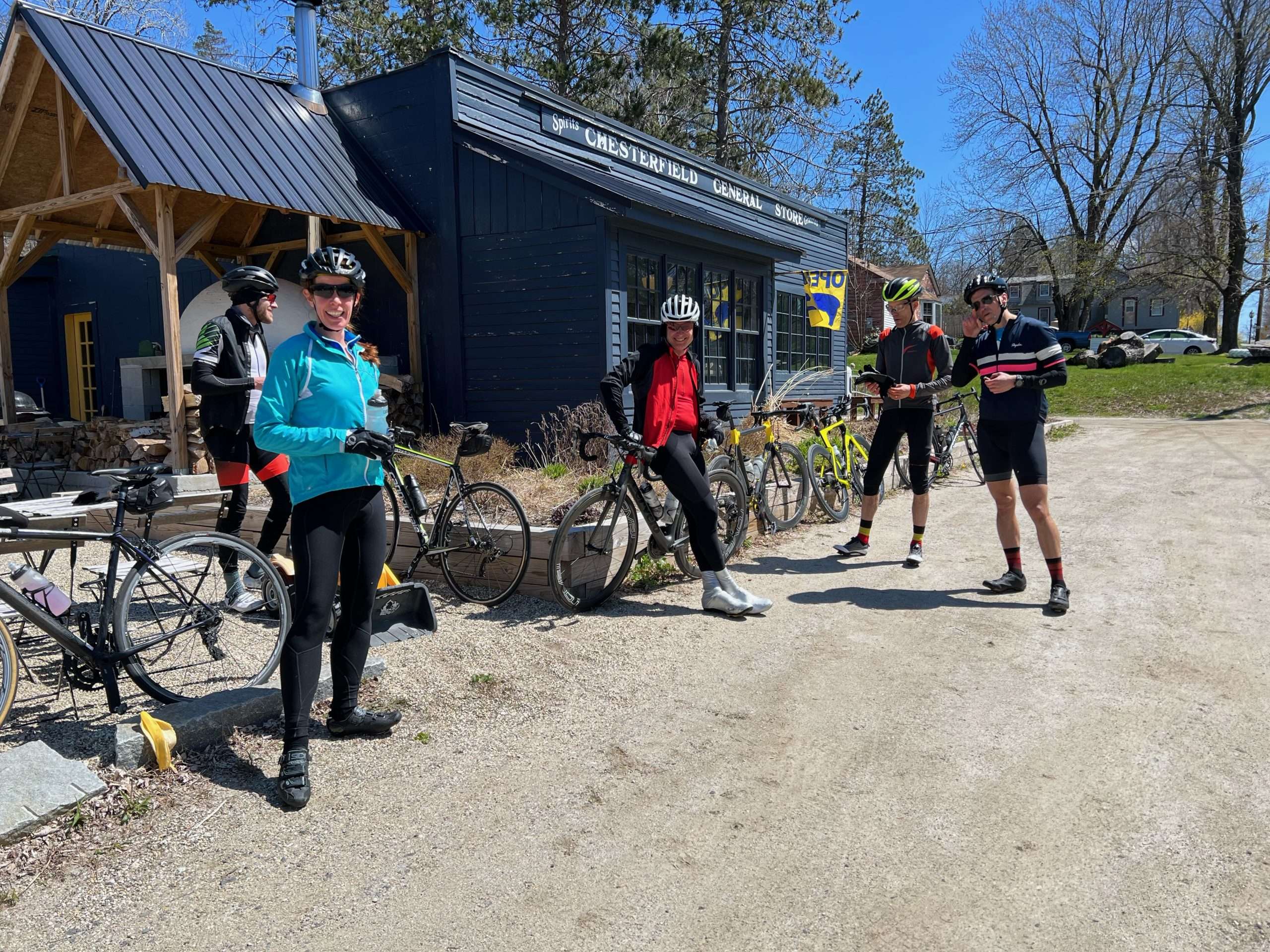 Soon after departing the general store, we stopped to honor Tim. He told me once that he grew up near Sugar Hill, so a very serious group photo was taken. 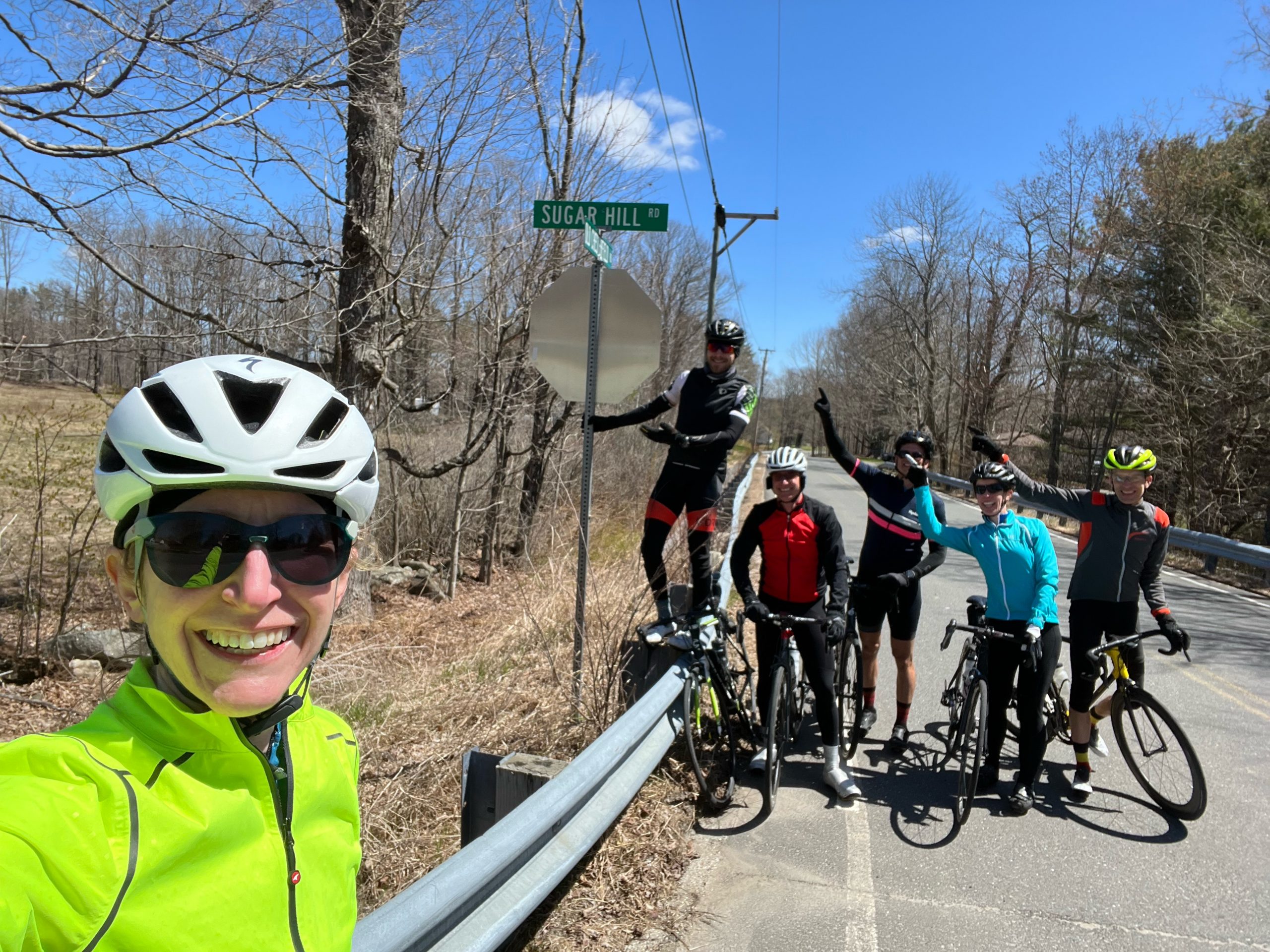 We had good group of climbers today. There were no complaints about the hills and everyone felt it was a great route.

Instead of going through Florence like the B group, Mark took the C riders on the bike path to Easthampton. After the brief 10% grade in Westhampton, the group stopped around mile 22 to refuel at Outlook farm.

The C Ride covered approximately 44 miles with 2,200 feet of climbing.

Hopefully next weekend the weather will warm up a bit!