Another great ride report from the archives! This one is in early fall of 2013– dreaming of some good riding weather soon!

Great ride today on a perfect early-fall day. It was 47° in heavy fog when I left home in Amherst, but this cleared quickly, and we had sunny skies and temps in the 60’s by the time we started in Northampton at 9AM.

We started with ten riders — Tim, Roberto, Mike S, Ron, Teresa, Rich F, Roger, Elissa, Andrew, and I. Tim put together a great route that took us up into the hilltowns, where the fall foliage is already well underway, using some off-the-beaten path back roads in Conway, Ashfield, and Chesterfield.

We climbed past the reservoirs up into Conway, and then climbed further up Shelburne Falls Rd, taking a high-speed left onto Pine Hill Rd. We usually take Baptist Corner Rd through this area, but Pine Hill (which turns into Beldingville and then Bellus) is quiet and remote, and has perhaps even better scenery (although it does have more ups and downs as well). We had a bit of confusion on Beldingville, briefly splitting the group, and sending the main part of the group up a tough dirt climb on Bellus Rd, but managed to reconnect on Baptist Corner Rd, and continued on into Ashfield for a pit stop at the gas station.

A few folks split off at that point, looking for a shorter day, while the remaining group of six forged ahead on to a big climb up Hawley Rd/Bear Swamp Rd, with more terrific scenery along the way. This was the maximum elevation of the day, around 1,700 feet, and the difference in the foliage from down in the valley was striking. We headed south on Watson-Spruce Corner Rd to 116, and then back east to the 116/112 junction. From there we took Steady Lane/Norton Hill Rd to the top of Creamery Rd, and descended Creamery Rd (first time I’ve descended this on the new pavement, which was a lot of fun). After that was the tough climb up Brier Hill Rd, rewarded at the top with views of Mt. Monadnock some 40 miles away.

We crossed the heavily cratered/frost-heaved road through the DAR forest to 112, and then on to Goshen for another quick pit stop. At that point, I was sort of expecting a nice descent down Route 9 back into Northampton, but Tim had a couple more surprises up his sleeve. We quickly turned right off of Rt 9 to head toward Chesterfield on South Chesterfield Rd past the lovely Hammond Pond. Roberto had a lengthy mechanical at this point, when his chain-catcher malfunctioned and refused to release his chain, but he eventually whipped it into shape, and we continued on, climbing a bit more to arrive at the top of the Northampton Hillclimb at Bofat Hill Rd.

At this point I had seen enought to know that a quick descent down to Spring Street was not in the cards, and Tim obliged, turning us off onto NW Rd right before the biggest part of the descent to (wait for it) climb some more. At the top of the climb we hit the intersection with Reservoir Rd/Kings Highway, which we climb a lot but which I have only descended once before. I was looking forward to a fast descent, but unfortunately, the whole descent has been freshly chip-sealed, with an annoying chattering tire-chewing surface everywhere, spiced up with occasional patches of loose stone. I don’t know the cost differential between chip-seal and a real paving job, but I suspect it must be fairly substantial, because I’ve seen a whole lot of it over the last couple years, which is not a good development from a cycling point of view.

The King’s Highway descent brought us out onto Rt 66, where we enjoyed a nice long gradual descent back into Northampton, where we cursed/thanked Tim for putting together yet another awesome route. I ended up with about 62 miles, at 16 mph with about 5,450′ of climbing.

Note that starting next Saturday, the SMR start time will move to 10 AM for the remainder of the season, to give a little bit more time for the day to warm up from the chilly fall mornings. We’ll be riding on Saturday mornings until the snow flies, so come on out and join us! 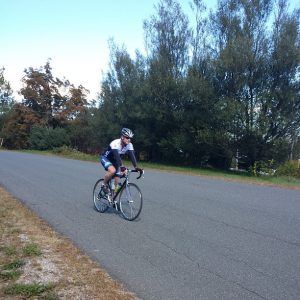 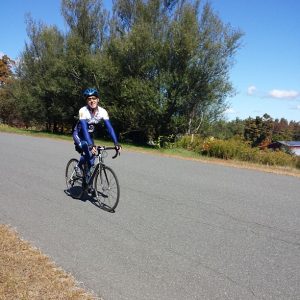 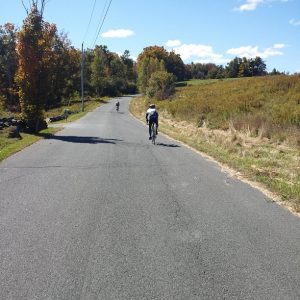 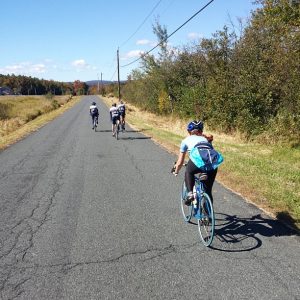 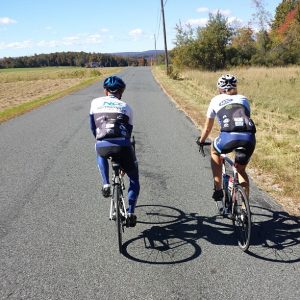 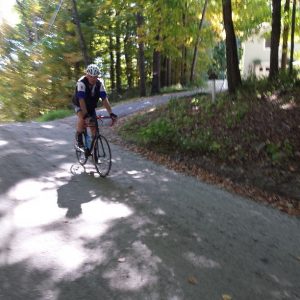 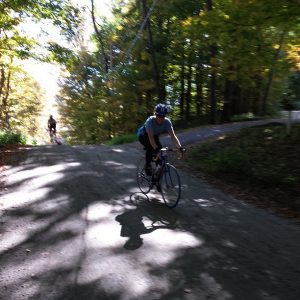 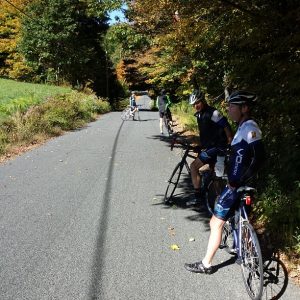 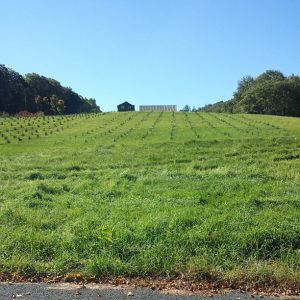 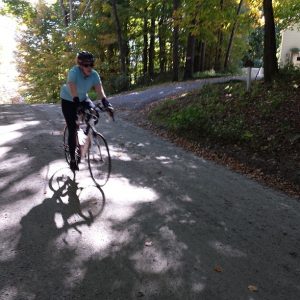 Great write-up Jonathan- thanks. I’ve got quite the reputation now haven’t I? Such an awesome day. Glad it was enjoyed.

By the way, just to add to my nutty reputation here… I’ve got to add it in… as some of you know, we do ride (unofficially) on Saturdays even after the snow flies, so long as it is safe to do so. But, lets not think about that now and enjoy the beautiful fall weather. See you on the road!

Some shots I got: 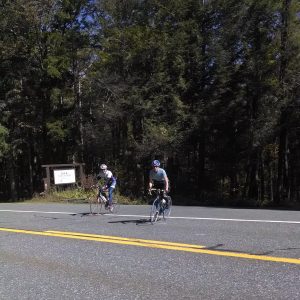 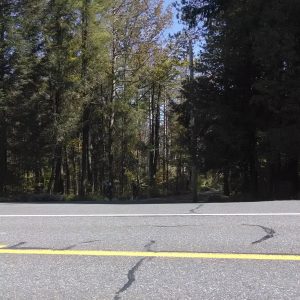 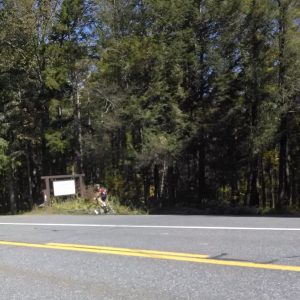 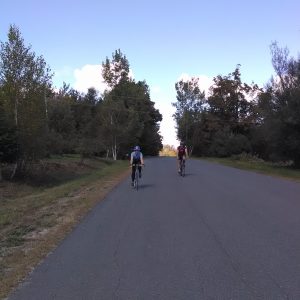 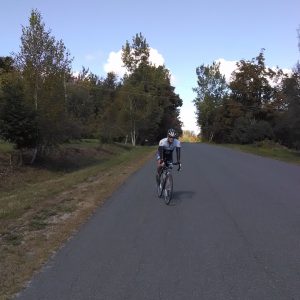 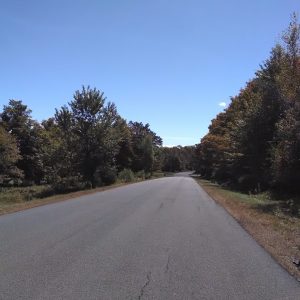 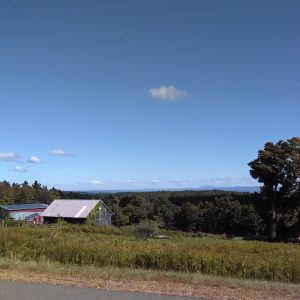