Here is another great (okay, super!) Saturday Morning Ride from the archives! Note that not all SMR’s are this long!- we sometimes lead an extended mileage ride.

The first super-sized Saturday Morning Ride of the year kicked off on a perfect morning, slightly chilly at the start, but warming up quickly under abundant sunshine. We rolled from the Academy at around 7:40 AM with about a dozen riders, after waiting a while for Tim but eventually giving up on him. We later learned that he broke a spoke near his house and had to switch wheels, putting him about 15 minutes behind us. He put it into time-trial mode, though, and managed to catch us pretty quickly.

We pushed northeast through Hadley, Amherst, and Leverett to Cave Hill Road, the first big climb of the day. The big guns duked it out at the front, while I limped along near the back. After passing through North Leverett, we came to the second climb up into Wendell. I chose to route us up Lock Hill Road, which is a steep dirt climb that I love, rather than the usual paved ascent up Locks Village Road. The dirt was in great condition after the bit of rain we had last night, and the climb was terrific.

After passing through Wendell, we continued north on a fabulous descent on Wendell Depot Road. Chris D and Ian set a blistering pace at the front, and I’m pretty sure I heard some whooping near the bottom. We crossed Route 2 and continued on north on Moss Brook Road and Wendell Road, which were great – a gradual ascent alongside a small river, with very little traffic. We hit Route 78 and turned south through some rollers and one really steep descent, where Ian blew a tire on the 50 mph descent. We were going so fast that nobody noticed, and it wasn’t until we hit 2A several miles later that we realized he was gone. I sent the group ahead to our rest stop a mile up the road, while Andrew and I waited for 10 minutes or so. With no sign of him, we turned back and retraced our steps a mile up the road without finding him. We reluctantly gave up and started heading back to rejoin the group. At the last possible moment, a pickup truck pulls up to the intersection with Ian and his bike in the pickup bed, hollering at us. We were already riding away and just barely heard him in time to turn around and go back.

Turns out he had messed up his CO2 cartridge while fixing his flat, and blew his only cartridge into the air. The fortunate arrival of the pickup truck, who offered a ride, was just barely enough to get him back to the group.

With that drama resolved, we continued on through Orange and New Salem, passing Lake Mattawa, and evenually arriving back in Wendell, where Mike Y flatted on the final ascent into town. We passed Lake Wyola, climbed into Shutesbury, and descended back down into Amherst, passing through South Amherst and Hadley on our way back to Northampton, where we stopped by Northampton Bicycles to check out their grand re-opening celebration.

I really appreciate everyone being patient at the start waiting on me. I know it is not fun standing around in cool conditions, especially if you rode in and were already warmed up. I am glad that I was able to catch up and enjoy the ride with you all today.

Thanks to Jonathan for putting together a very nice route that had everything for an ideal Saturday ride- quiet roads, challenging (but not soul crushing) climbs, exciting descents, beautiful scenery including multiple lakes and state forests, a bit of dirt roads, and a great bunch of people to ride with.

I’ve said it before, but it is worth saying again- this is part of what makes NCC so awesome- we are able to ride on so many diverse and different routes easily reachable from home– and have ride leaders who put awesome efforts into planning these. It is so great to see you all come out to these and enjoy them. I don’t know of any other club that does rides to this extent.

Great day. See you all next time.

Here’s a photo I stole off of Sam’s Strava post: 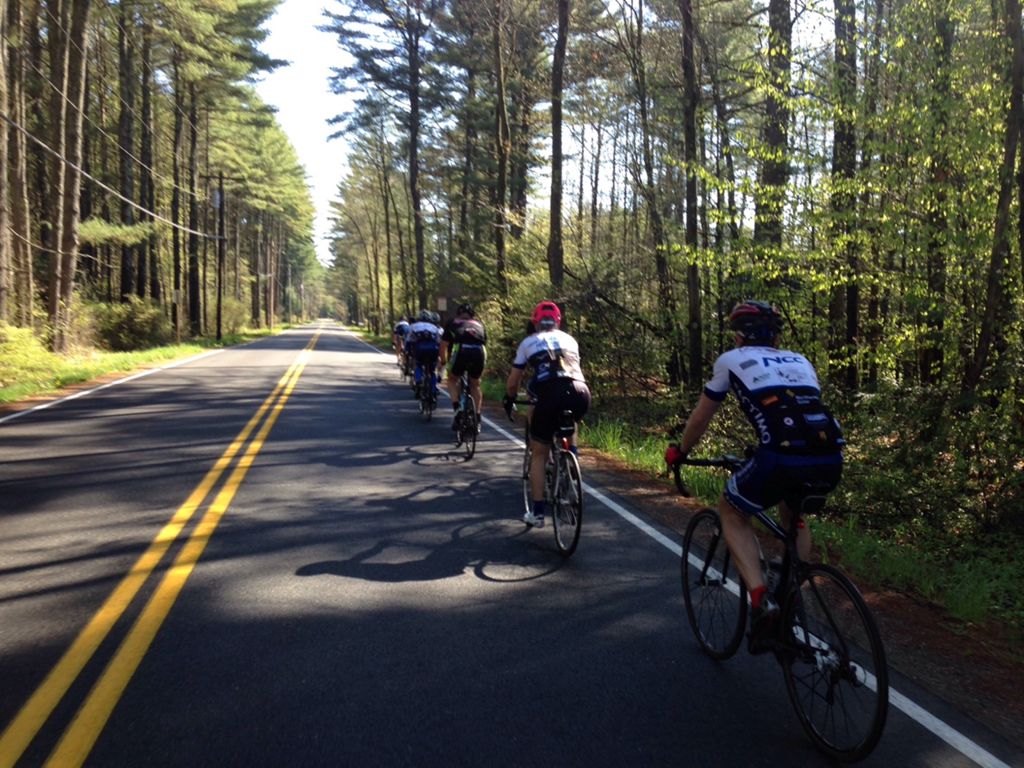 And again, another stolen from Sam, but we must have just stopped after a climb ‘cuz some of us (yours truly) look silly 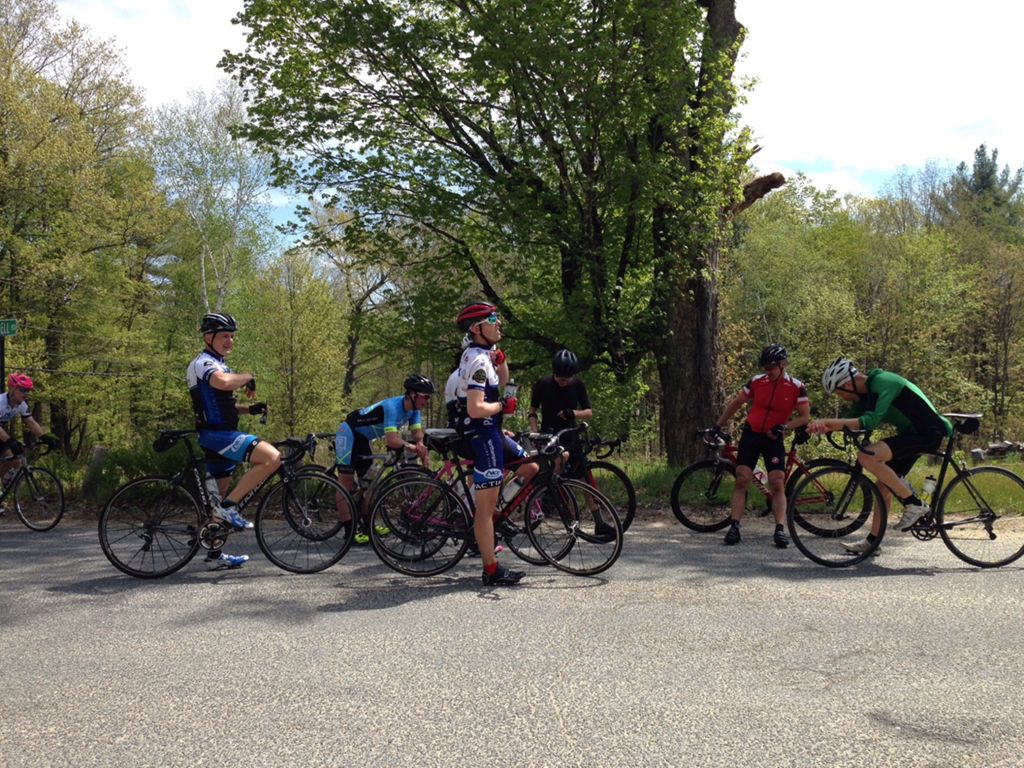 And here are (most of us) with a very tasty end of ride treat at Northampton Bicycle: