Apparently, there was a lot of cycling activity, both locally (D2R2 gravel) and not so local (Mt. Washington hill climb) that happened this past Saturday. This seemed to have had a more noticeable effect on the B ride as, I believe, they only had five riders. The C ride wasn’t so affected as it started out with eleven. We took the usual route through town for getting to the eastside of the river then made our way over to Rt. 47.

Riding into a light headwind a strong group, maybe a little too strong, nonetheless created a noticeable gap on the ride up Rt. 47. Regrouping at Pearl Street, three of the group suggested that the main group continue on and that they would follow along at an easier pace. The main group was now down to eight.

We continued on, descending then climbing on Pearl Street; descending then climbing on Burnett Road; then connecting to West Street for more light descending and climbing. One of the things that I’ve really enjoyed about this route, is that it gives you the opportunity to work hard on the climbs then recover some on the flats and descents. The idea of being able to recover though is contingent on riding at a pace & under conditions that allows it. In a group ride going at your own pace is not always possible, and while high humidity was present at the start of the ride, by the time we reached this point the sun was turning up the heat too. Recovery was becoming a relative issue.

Anyways, we turned left just before West Street connects to Rt. 202 in Granby, and then another quick left onto Porter Street which was a slight change, for safety reasons, from the route I usually take. Before long we were onto what I consider the favorite parts of this ride, Harris Mountain Road (HMR) and South East Street (SES). HMR is a two-mile long series of punchy climbs and short descents that make for an excellent hilly workout. SES is considerably longer and after an initial descent begins with a gentler and longer gradient before descending again, then toward the end it throws in a couple of punchier climbs. Somewhere along the way I got an update from Steve about his new “absoluteBLACK” Oval chainrings, he felt that they evened out his pedal stroke nicely. Hmm, maybe something to think about.

Before long we arrived at the Cushman Market for a well-deserved break. As we were preparing to leave two of the three that separated from the group earlier made their own appearance. By this time the humidity was pretty oppressive. 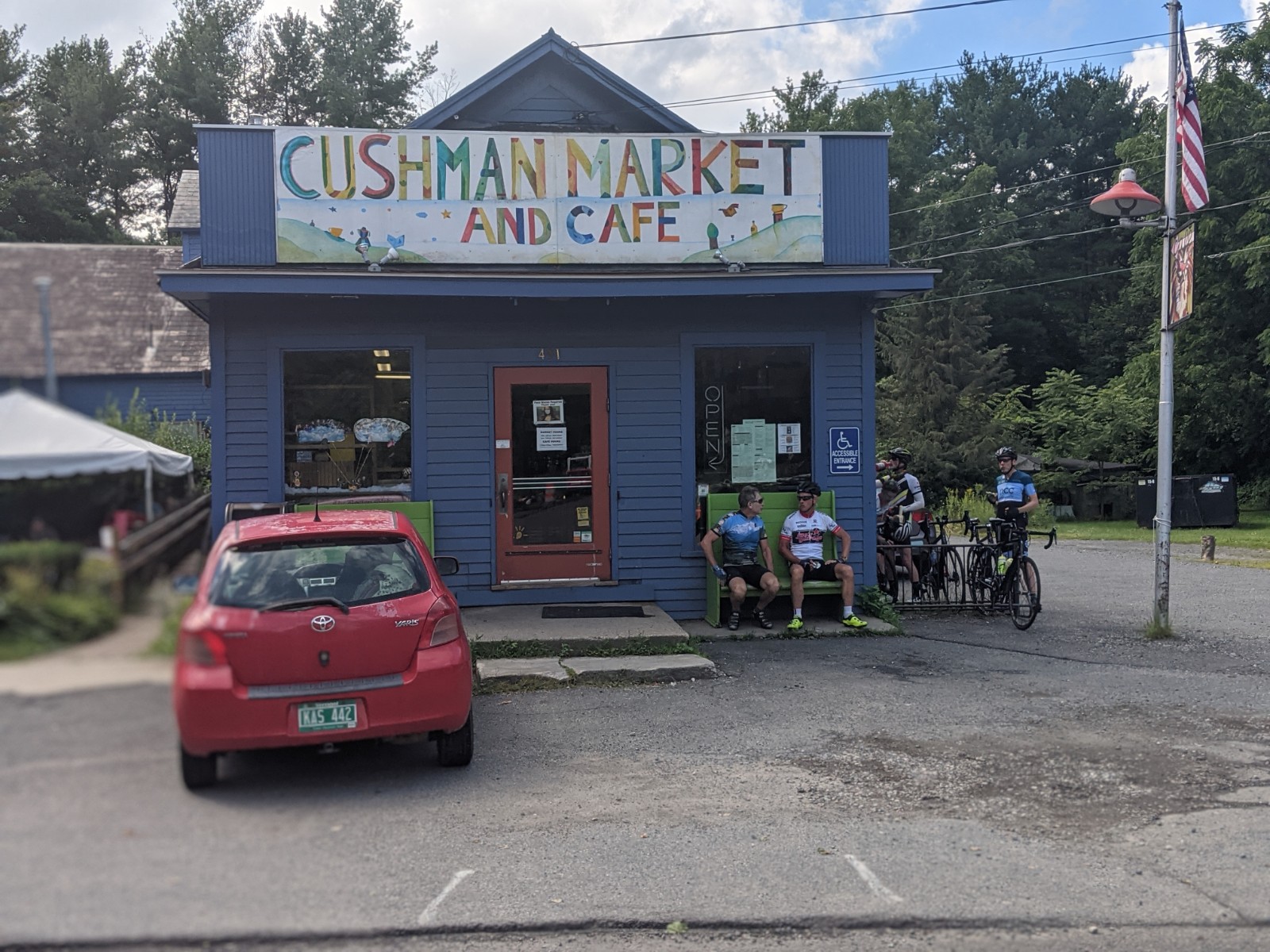 Getting on our way again we were soon down to seven as Rob who rode in from Shutesbury in the morning took his leave. Another, Mark, would drop off for home around the Mt. Warner climb. Then on the last pitch of the day (Breckenridge Rd) we would lose another to a muscle cramp. After pulling off for a while he continued on but at an easier pace. We were reduced to five. I finished the day with 46.6 miles and 1950’ of climbing in a little under 3 hours. Hoping for cooler temps and dryer air soon. 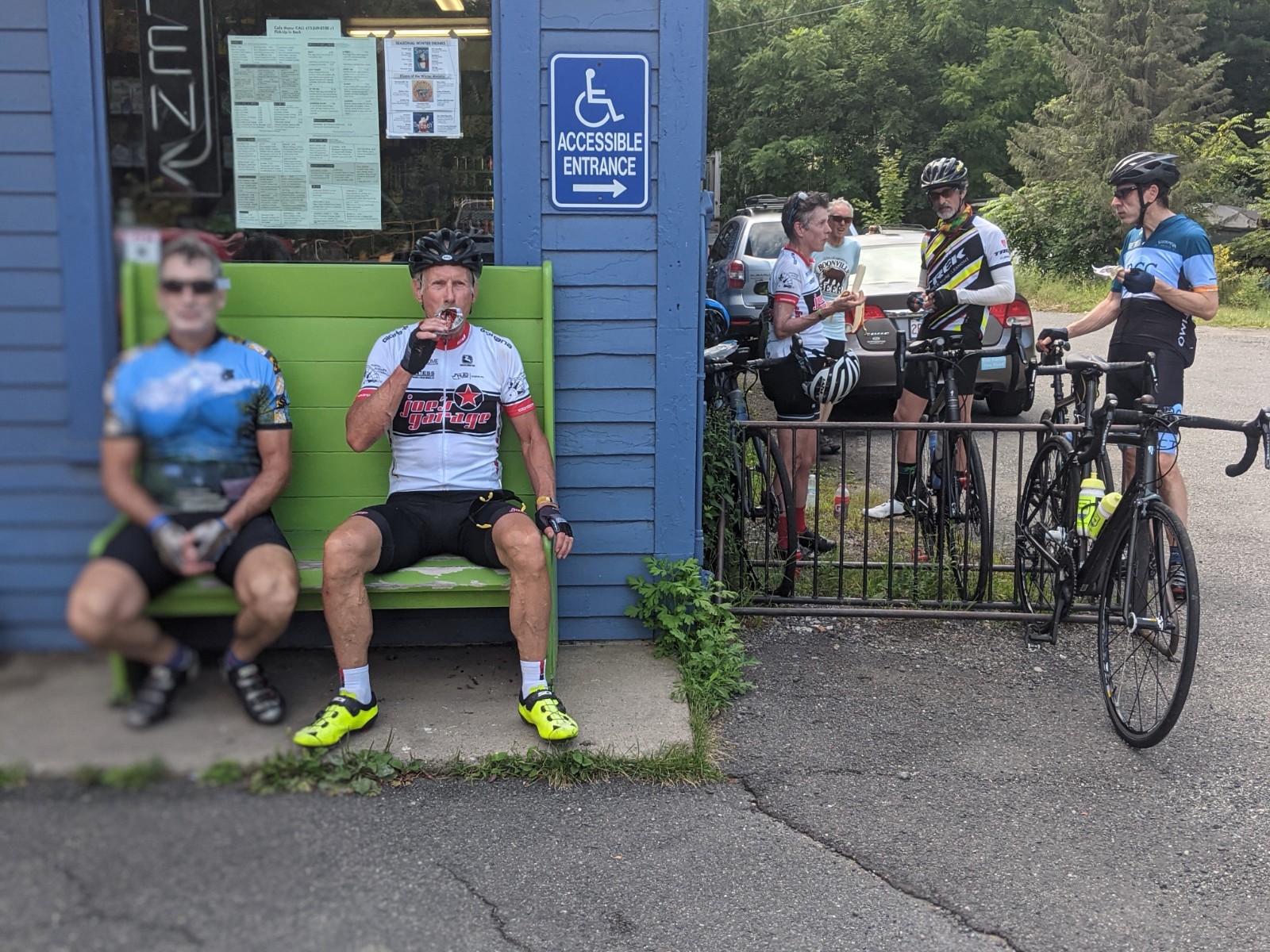