We left Pulaski Park a little after 9 AM. We had twelve riders in the group, including at least one individual who was participating in his first group ride. The weather could not have been nicer for today’s adventure.

Past Northampton High School, our route took us onto Riverside Drive before eventually making it to the far end of Nonotuck Street. As we got onto Nonotuck, we saw the B group ride by. I’m glad we gave the B group enough time to take the lead. No one from the C group was that envious of their planned 6,000 feet of climbing.

Tim turned off around mile twelve, and we were down to eleven riders.

We did a nice job signaling and verbalizing our directions. Somewhere around mile 20 we had a bit of a precarious situation. One of our new participants passed on the right and then immediately cut over two spots to the left. Somehow, we avoided a group crash. At the rest stop we discussed the event and agreed to pass only on the left and make our intentions known. 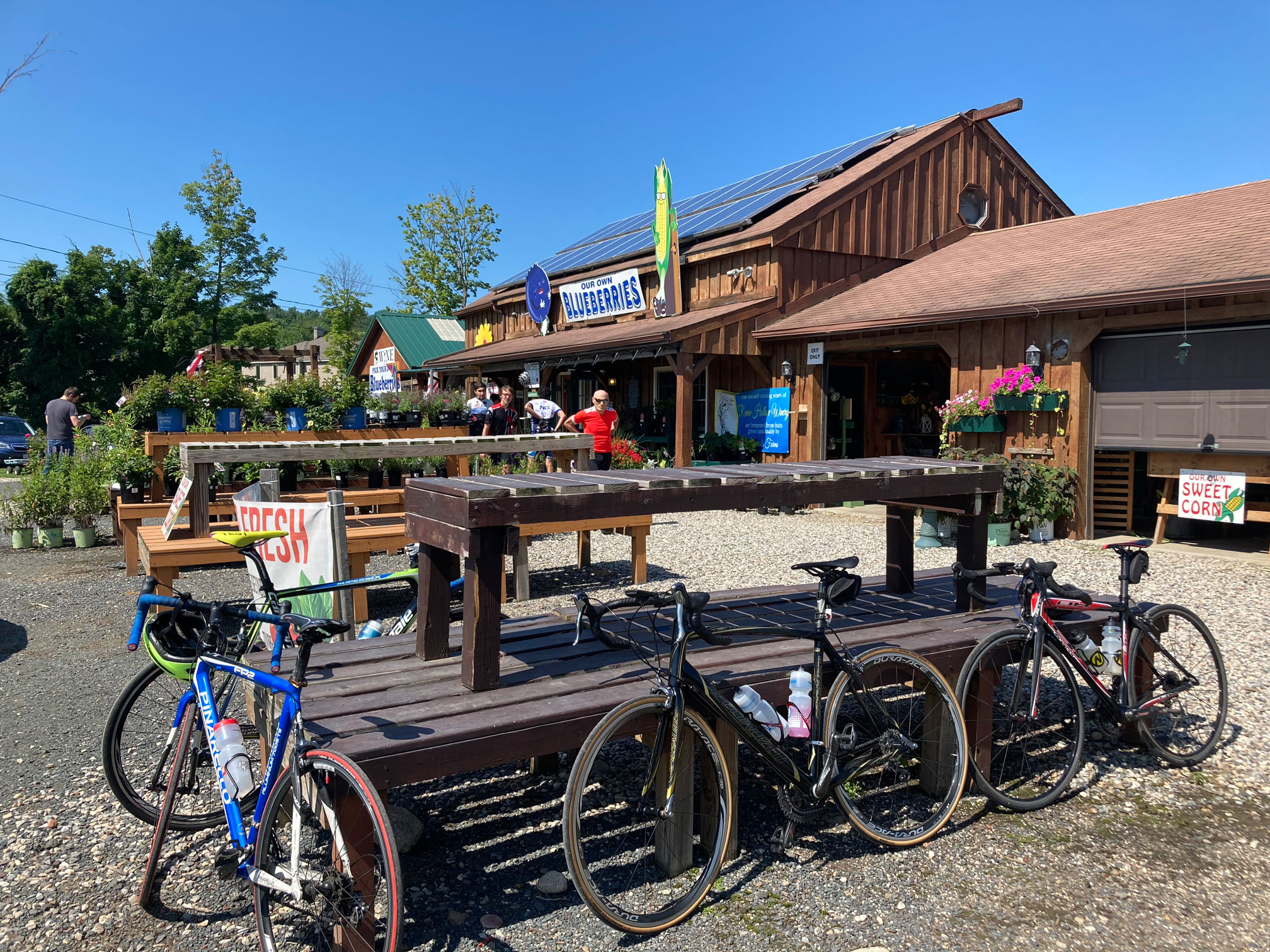 Around mile 22 we reached Kosinski Farm. During the route-planning process, John Coffey raved about the blueberry coffee cake. No one tried the coffee cake, but the brownies were enjoyed. At the farm store, the staff was nice enough to fill our water bottles. A few riders attempted to use the hose for water refills but were warned that the hose was a mix of water and fertilizer. Kosinski’s had a nice covered area where the group ate and chatted. Power meters were a hot topic. Jaime shared his Ebay finds with the group. The group admired my “repaired” Garmin Varia bag clip (duct tape and superglue). Bag clip recommendations are welcome. The only complaint was that the farm is not selling coffee until the pandemic ends. John apparently needed his coffee since he almost departed our rest stop without his helmet! 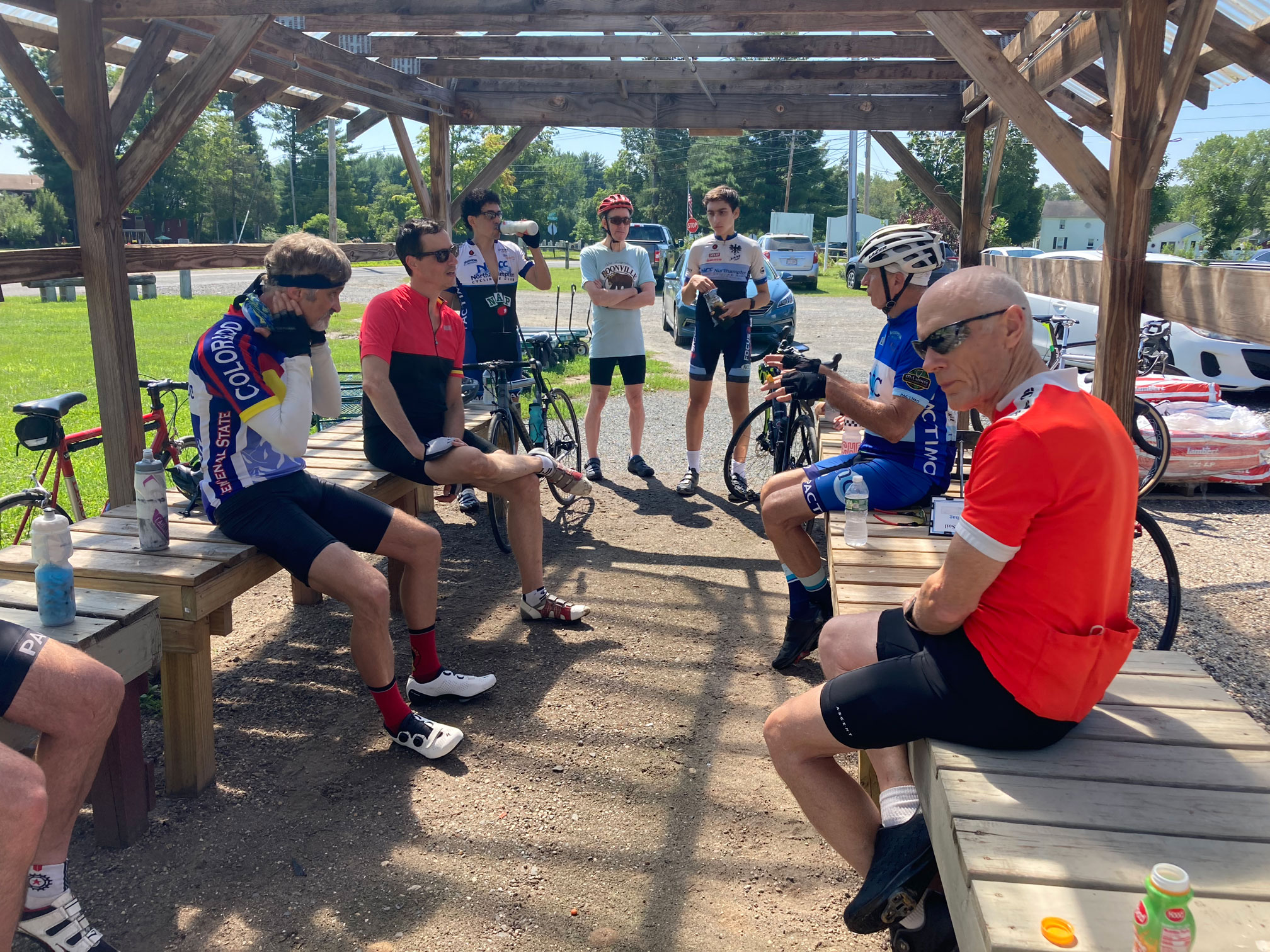 Near the intersection of Pleasant Street and Gunn Street in Southampton, our peloton encountered some rather large potholes. Unfortunately, Ari and Desmond hit the same pothole full force. Kudos to them for staying upright. I actually heard a clang as Desmond’s rim hit the hole. 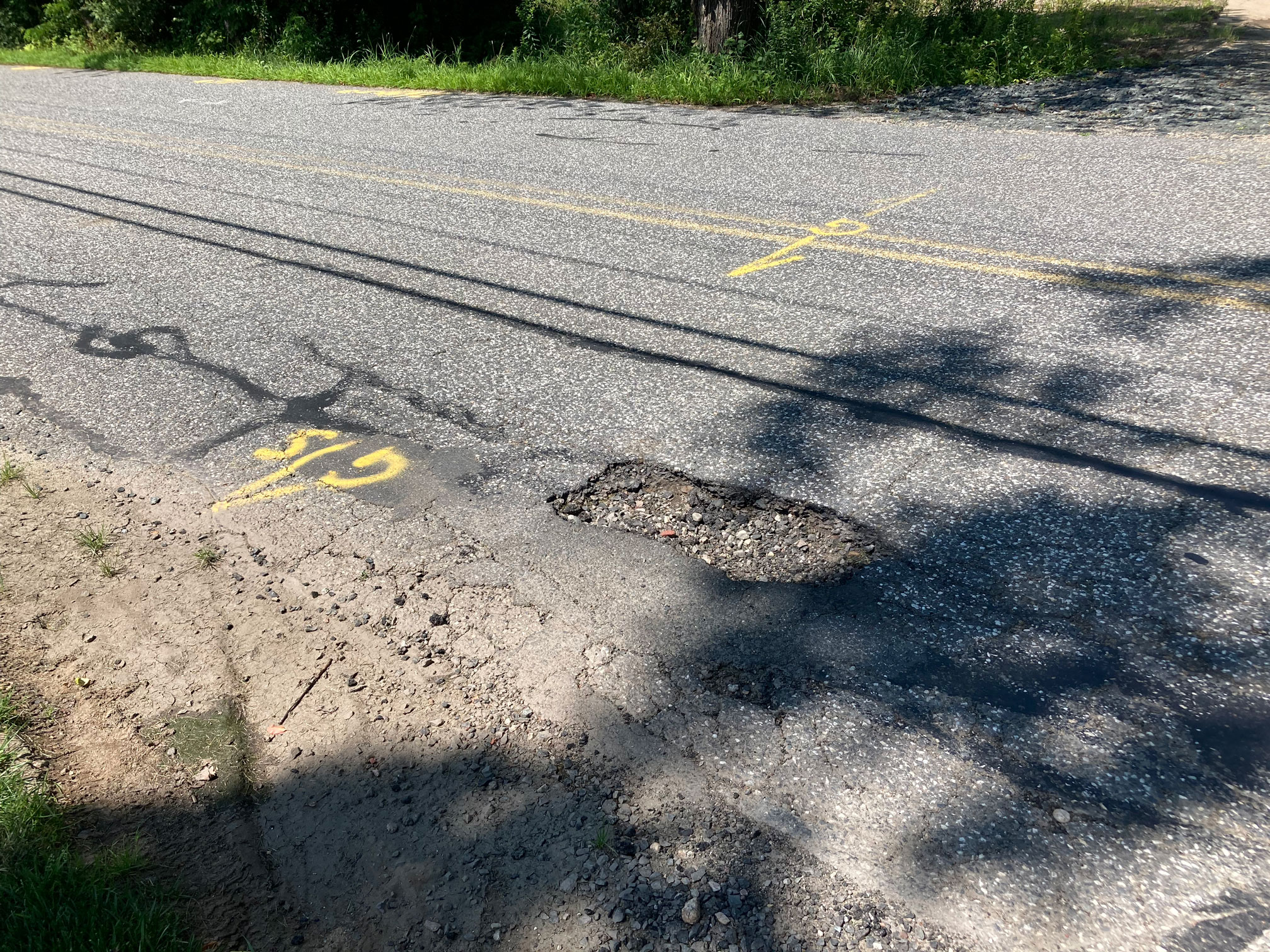 Ari and Desmond both got a rear flats. The pair did not have tubes or a pump, but the group had supplies. John and Mark got Ari’s tire fixed, but Desmond’s sidewall had a rather large gash that could not be booted. Ari jumped on his cell phone and arranged for a lift for the pair. The group was now down to nine. 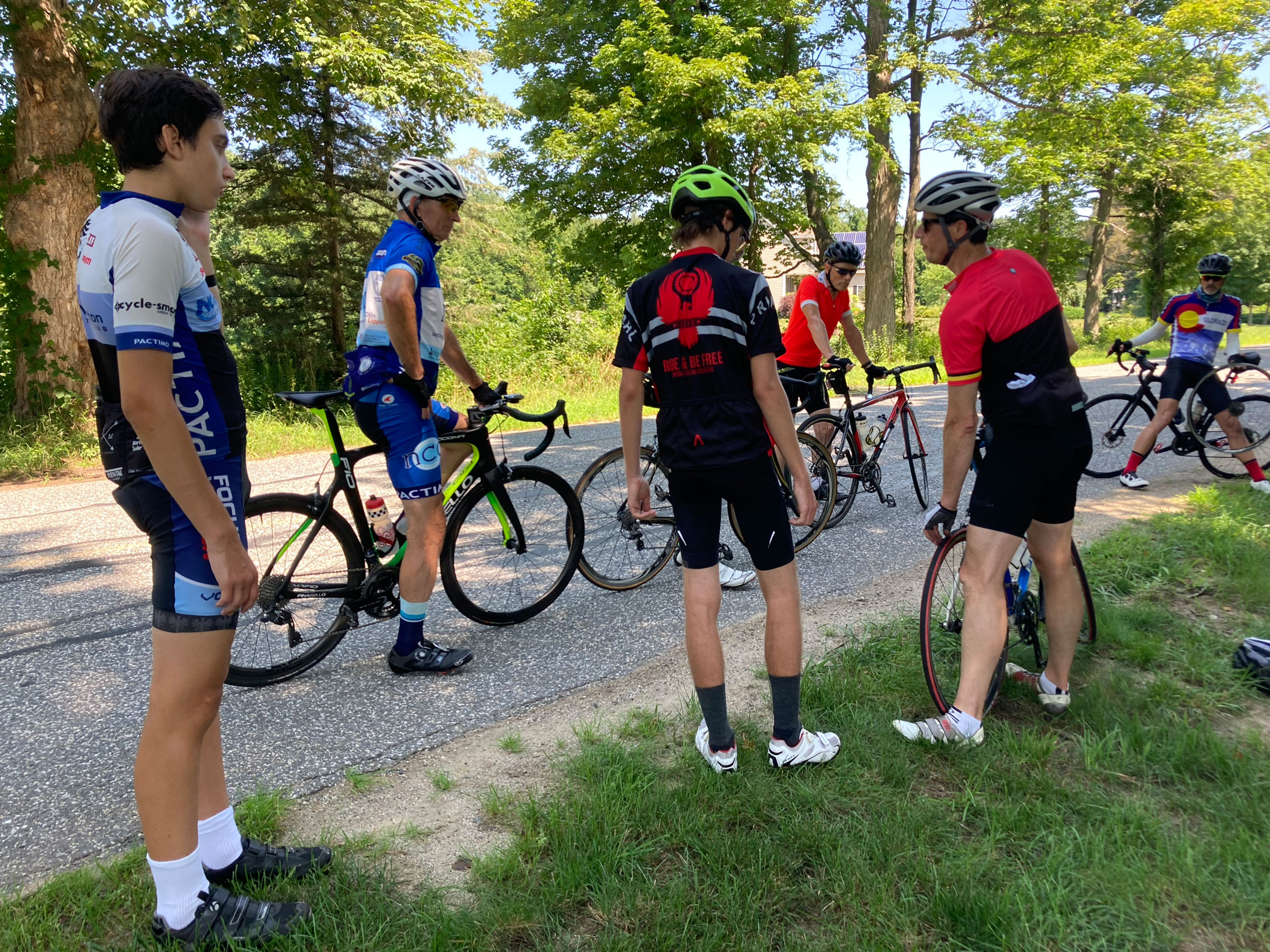 Since we rode right by Juliusz’s house, he pealed off at the edge of Easthampton. I was surprised when we got to the Whitebrook Middle School area that there a brand new rotary. As we turned by the Williston hockey rink, Roger departed. He got an early start and put in a bunch of miles starting a little before 7 AM!

We made it back to Pulaksi Park around 12:15 PM. During our tour of the Hamptons (and Westfield), we rode approximately 40 miles with 2,300 feet of climbing.