Thanks again for coming out this past Wednesday for race #2 of Zoom Twilight Crit. Another close call with thunder this week, and some electrifying racing. We appreciate the understanding with shifting some starts around, and keeping things moving for race day.

That thunder was looking particularly intense at the begining of the B Race. As our inhouse meterologist Christopher Norvold pointed out, the thing was really spiraling. Totally could have been a ‘nado. The B race went out in a shortened format. The race hung together for the most part, with some dangling breakaways. Henry Weis took the prime. Then with 5 to-go noticed that a ‘fairly benign’ lightening strike clapped close by. Things moved to bell lap. Bit of confusion. Possibly some singed arm hair. It was a group sprint with Sam Veggeberg taking a deisel 1st, Weis coming in second, and Mathers taking 3rd behind. 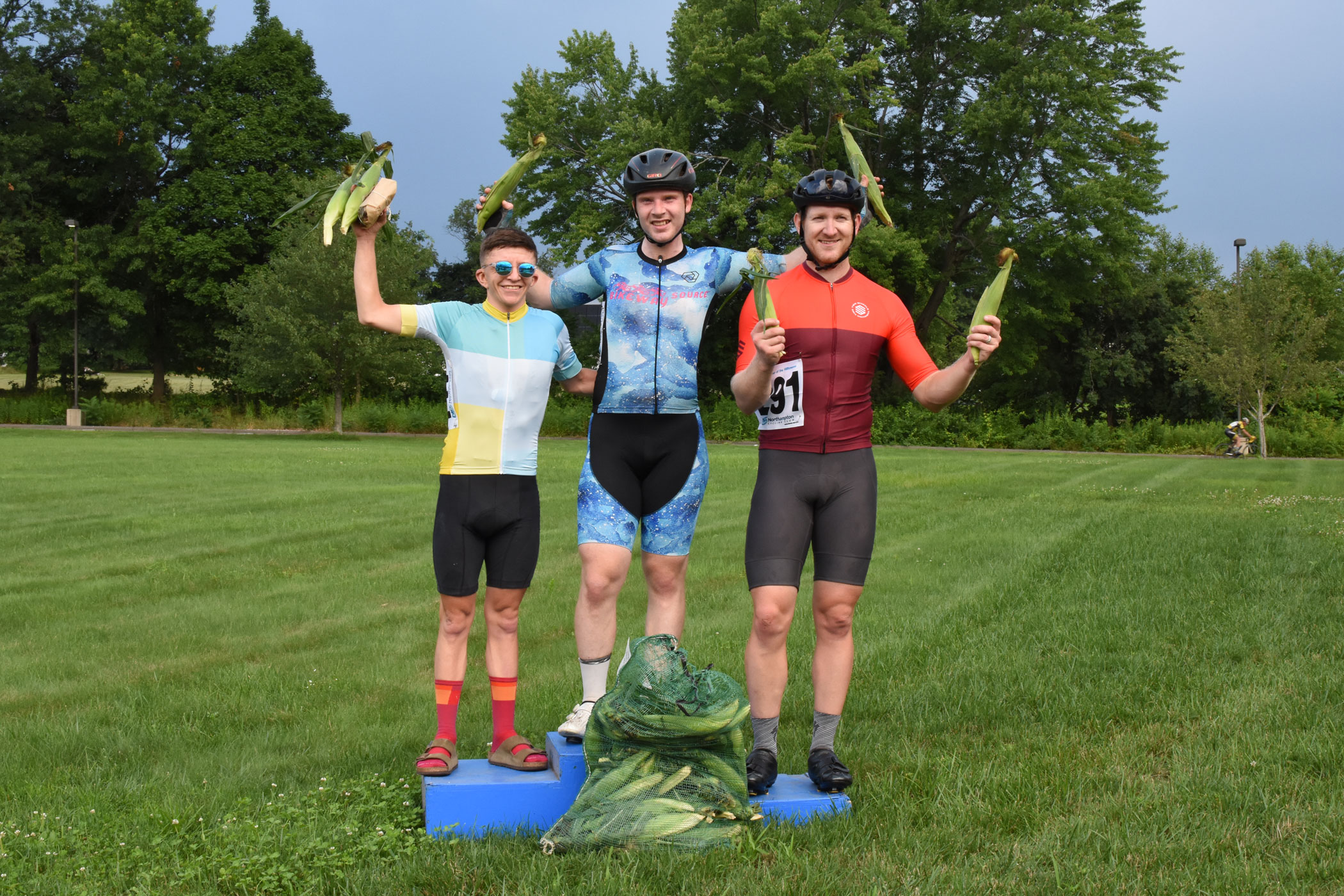 A race was also shortened down a bit, but we came out dry. Last week I joked that with all the diff states present, it was an international training race. This week, with eventual winner Liam Flannery of Bermuda, it really was. From the start Liam was looking around to break. He pulled in last weeks winner, Chris Niesen and they went to town quickly lapping the field. In the midst of that the field did some work. Chris Curven put in the most effort to get away, which helped earn him some stroopwafels in the field prime. Eventually, field sprint decided who got 3rd, with Flannery and Niesen in the field, and (while Flannery I believe also won that) our meteorologist Chris Norvold nabbed the last step for corn. 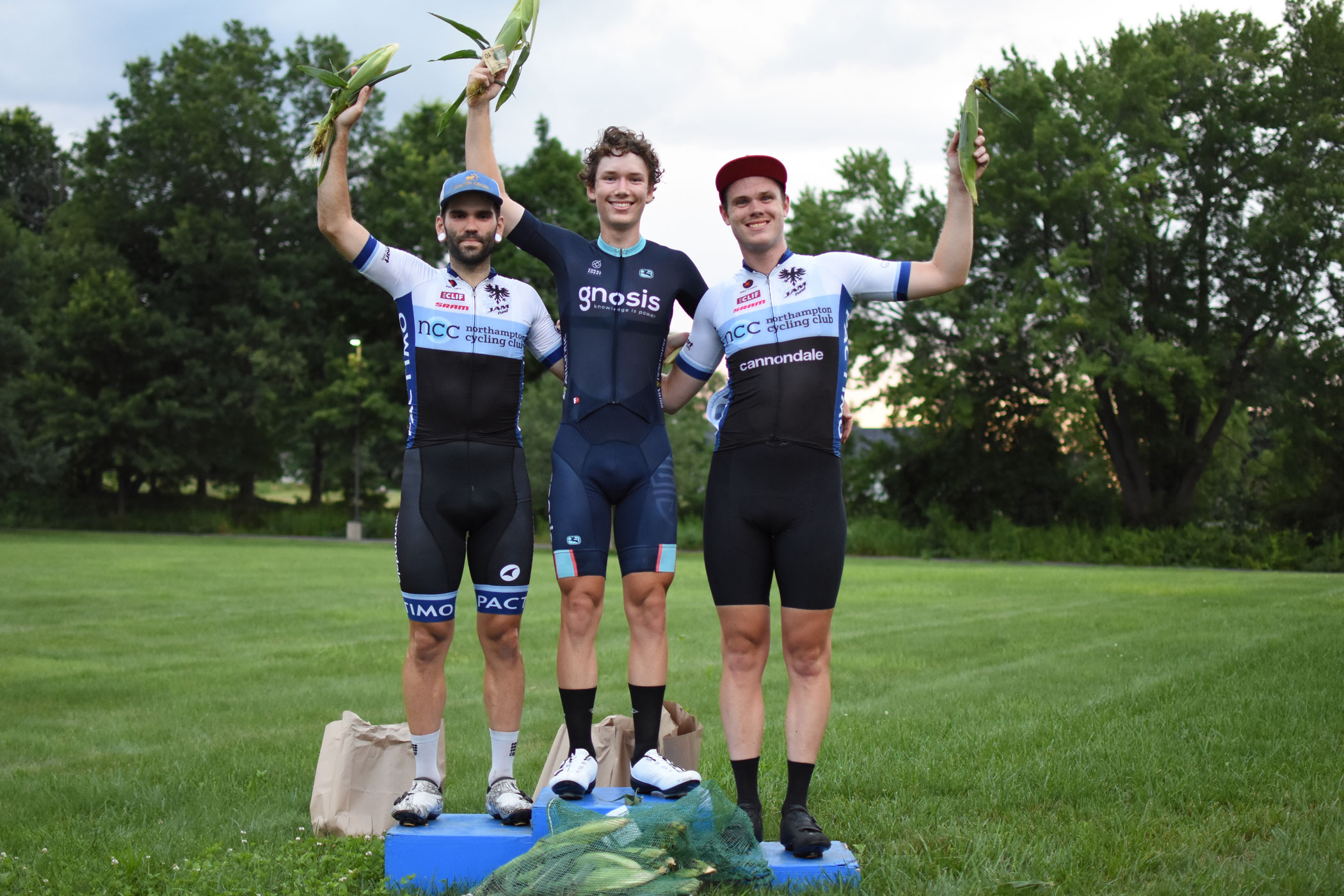 The community prize pots have been working out pretty well! If you haven’t noticed them, we put out two containers (for each race) to collect dontations to the prize pot of a suggested $1-$5 per person.

Chris was able to get the results a little deeper into the field this week. The top six (Points positions) are clear for us. The bottom of the field may have some misplaces but it should be pretty accurate. DNP= Did not place, which we have been using for riders that we could not get on the camera past the top 6. You can view the results for both fields on Road-Results. I’m still waiting for USAC to let me upload results for the first race and this one (they are bogged by IT problems apparently).

Great turnout and racing! As always thank you to USAC official Chris deHahn for his work. Uri Halevi and Jeff Fowler took some killer pics from the race. Check out the google album from the race here: Zoom Mass Twilight Crit 7/14/21

Visit Warner Farm at their market store, the Millstone in Sunderland (for you locals looking for mid ride baked goods), at the Chilifest (sept.), Mike’s Maze (fall), or even sign up today for a farm CSA share if you live in the Valley or Boston Area.