Tonight the weather cooperated, and we had a fantastic Thursday Night Gravel ride. It was a small ride with just three participants, but ride leader Juan took Mike and me on the counter clockwise version of the TNGR. This was Mike’s first NCC group ride.

We left Pulaski Park with the Hilltown riders. Both groups got stuck at all the traffic lights as we rode through Smith College. We separated at Woodland and made our way to Route 5. Only then did I realize we were going to climb Rocks Road! The appropriately named “road” had a stream flowing down its center.  Juan and Mike powered up the climb, while I decided not to hurt myself and walked a portion. Mike took advantage of his dropper seat post on the rough section.

At the top we had to pause for a truck stuck in the middle of a significant puddle. The driver explained he had broken something and could not get the truck out. He asked if we thought a tow truck would venture out to Rocks Road. It did not look promising. Juan is considering skipping the Rocks Road climb for future adventures and instead approaching from Linseed Road. 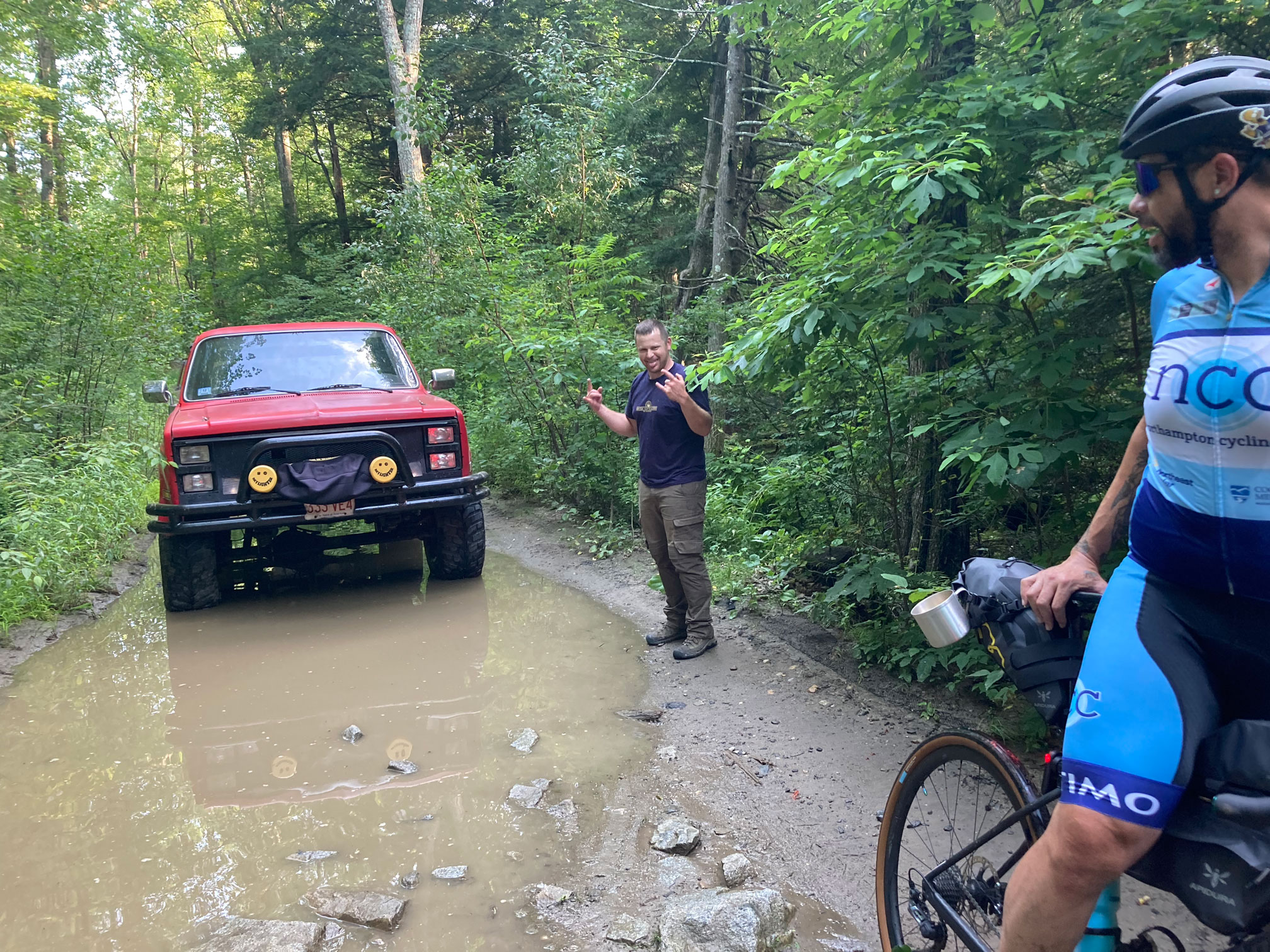 Our next gravel section was Conway Road and then the short hop over to Williamsburg/Nash Hill Road. The bridge on Williamsburg Road is finally complete. It was nice not to climb through a construction site carrying the bike. The dirt section of Depot Road was fast but fun! Juan announced that he was going for the Strava KOM. I should mention that he had his bike loaded with bike packing gear to practice for an upcoming adventure in Vermont. He figured the extra weight would only assist with the effort. He has the top NCC spot and did not break his tie for second all-time. 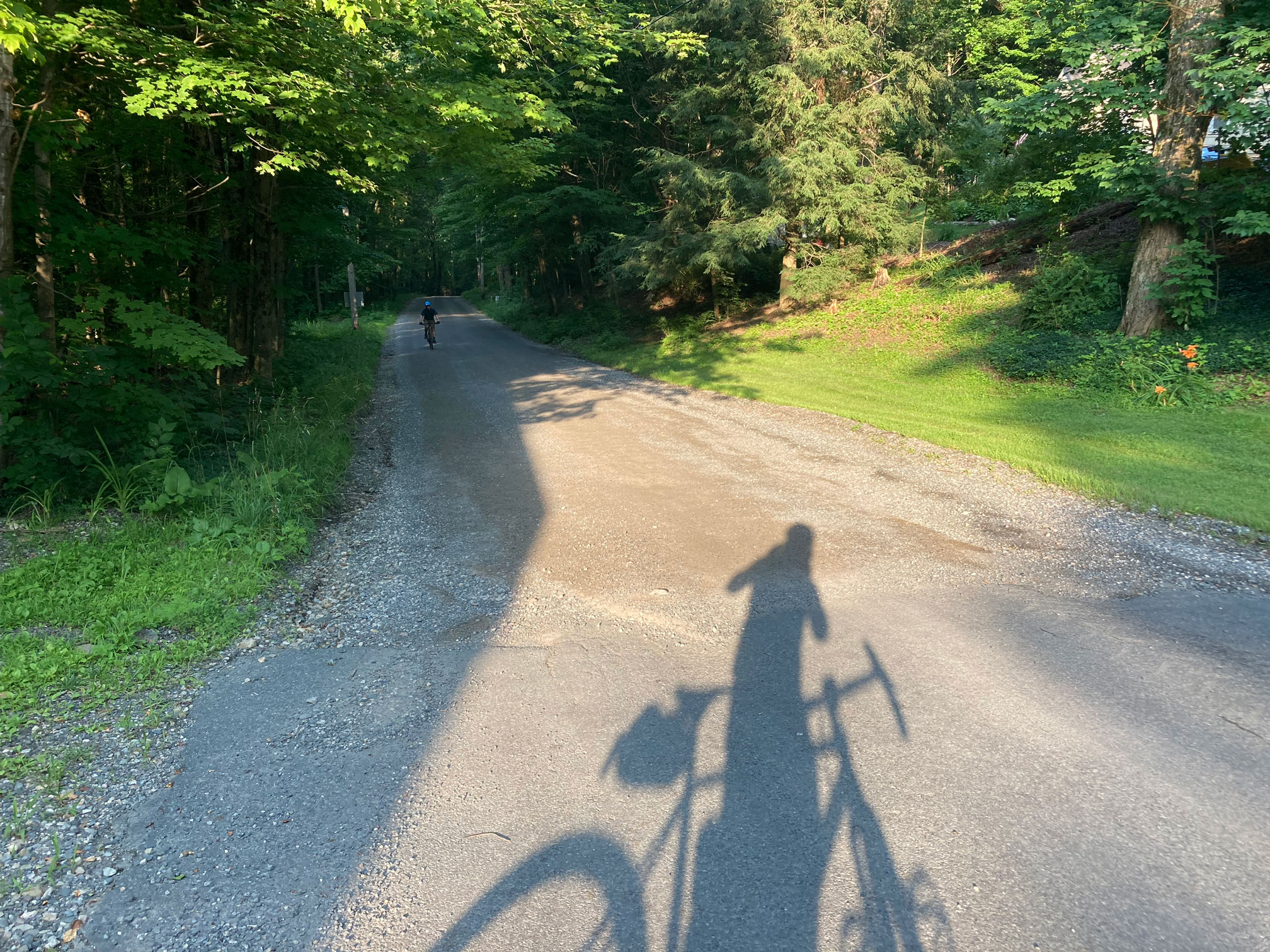 At the stop sign on Depot Road, Mike and I debated if we should turn left or go straight. We decided to go straight towards Williamsburg and eventually caught up with Juan.

In total, we rode approximately 25 miles with 1,050 feet of climbing. Our comfortably paced ride took us about 2 hours and covered 7 miles of gravel.