On Sunday, we had our inaugural Northampton Cycling Club Sunday Gravel Ride. We departed Pulaski Park in Northampton a little after 9 AM. We started the day with thirteen riders.

Today’s route was based on the JAM Funds‘ Mini Fundo. We went to Southampton via Burts Pit and Ryan Road. Then the fun began. We hit the first gravel section around mile 12.

After about 20 miles, we stopped at Outlook Farm for our first rest stop of the day. We even encountered Nick, fresh off racing yesterday, just doing his metric century (4,000 feet of climbing) recovery ride. Two of our riders decided to head back to Northampton. 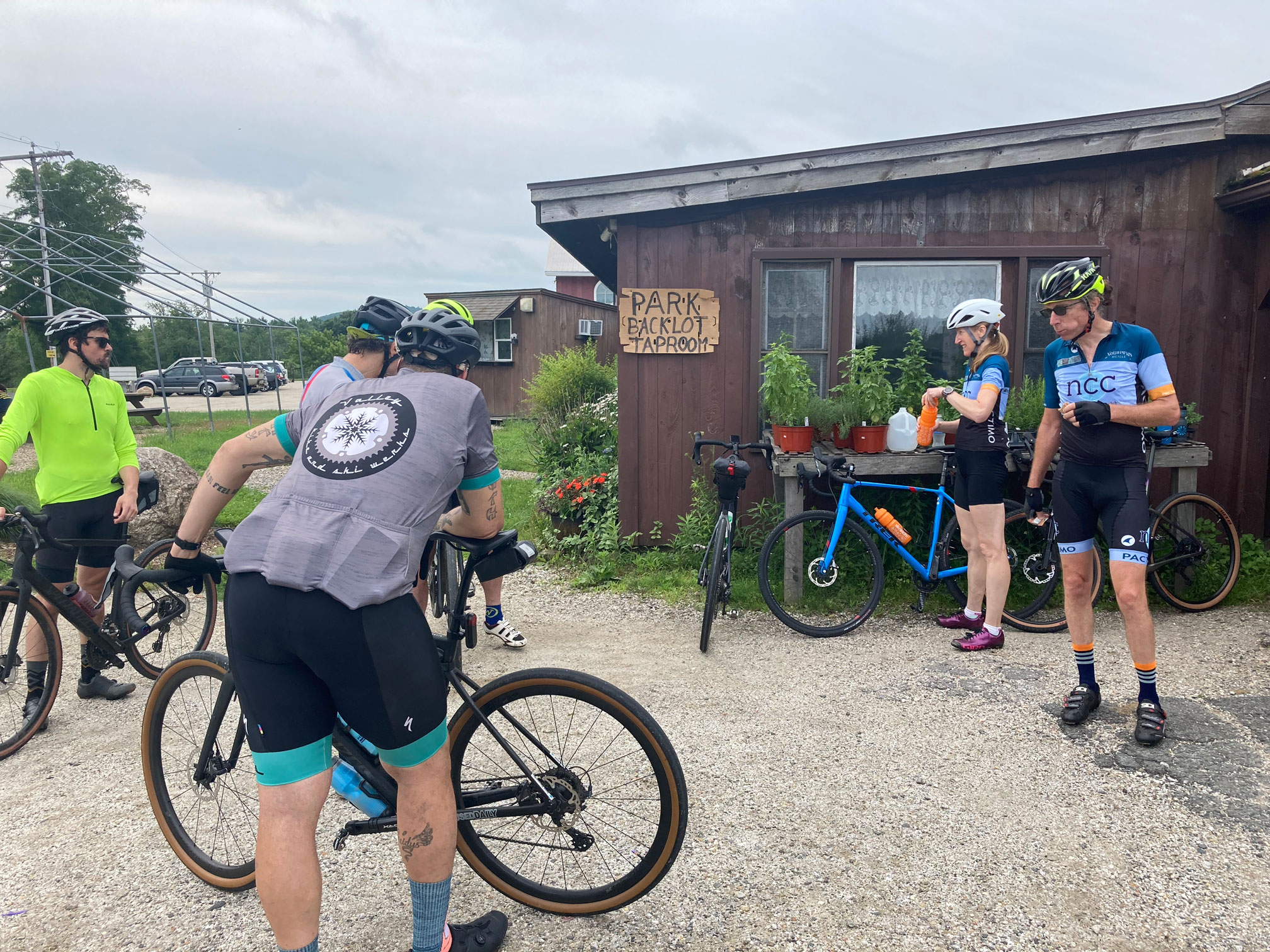 The bridge to get to Kings Highway is under construction. Fortunately, Chris and John knew this fact and helped us navigate Tob Road. The word “road” is a poor description for Tob. It was filled with massive stones, mud, and very (I mean very) steep inclines. I’m not too proud to say that I walked a good portion of this detour. I probably would have done the same on the full Kings Highway. At the top of Tob Road, it joined the top portion of Kings Highway. Looking at participants’ Strava maps, you can see many of us rode zigzag (paper delivery style) to get up the final portion. Two more riders headed back to Northampton when we got to Northwest Road. 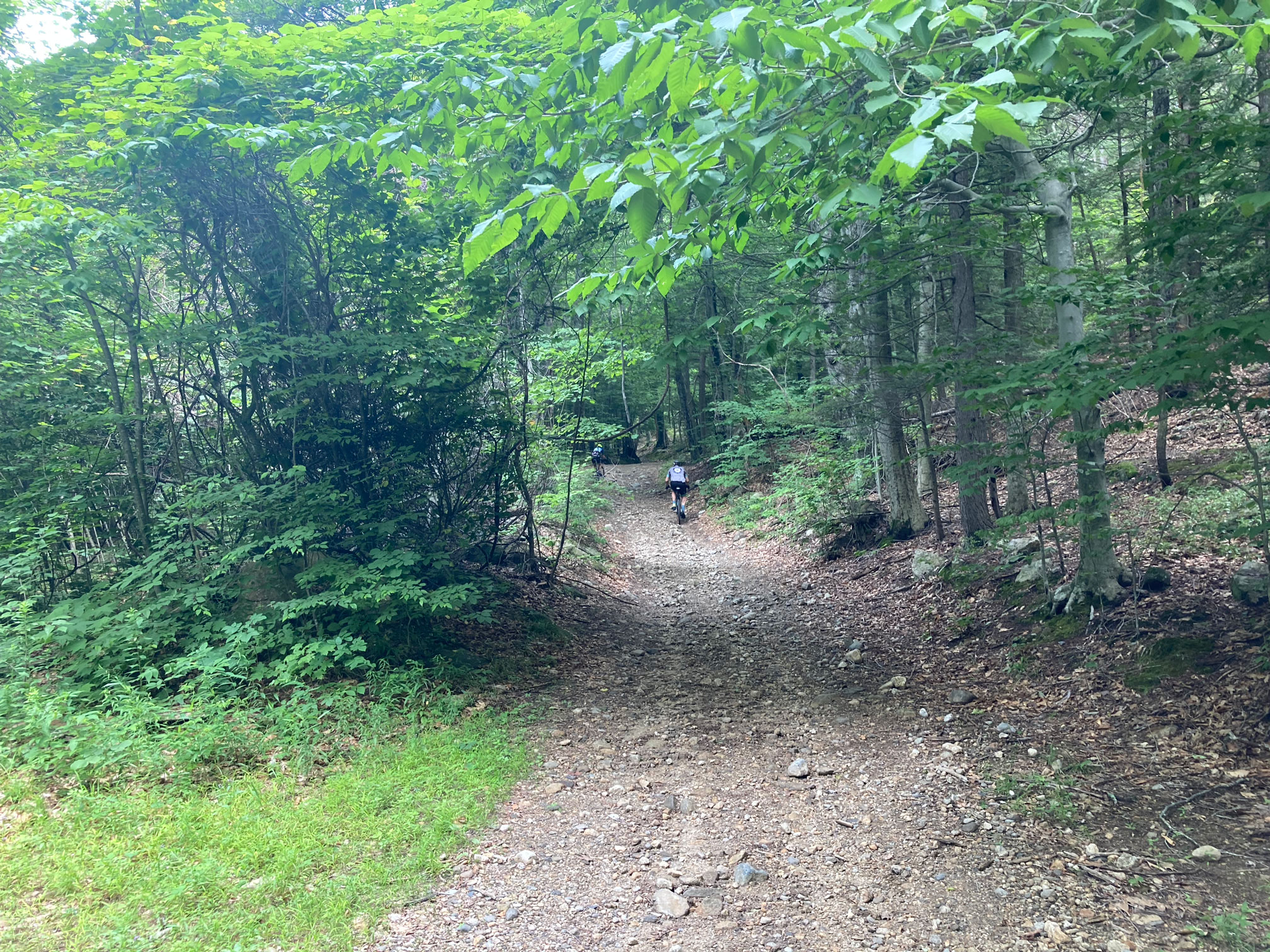 Despite some wanting to skip the second rest stop at the Chesterfield General Store, we decided to stop. The store was recently renovated and reopened. It is a great rest stop, which is very bike friendly. Some riders had pastries, others had coffee, and I had two very large (and wonderful) soft gingersnap cookies. The staff at the Chesterfield General Store even filled our water bottles for us. If you are in Chesterfield riding, this is a great rest stop. In our conversation at the tables outside the store, Gus and Patrick told us about the Zoom Mass Twilight Crit, which they raced on Wednesday. 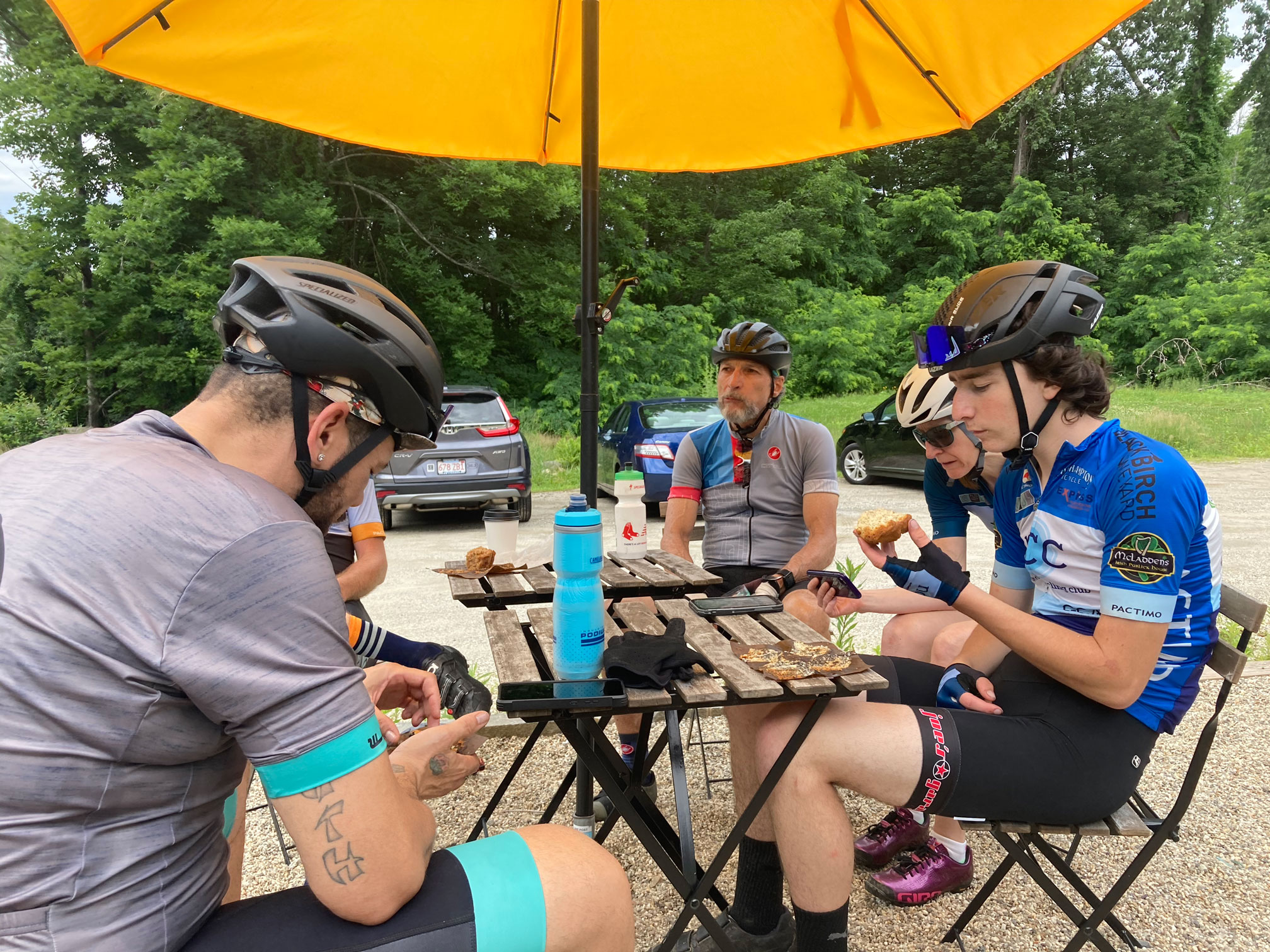 Despite a few more hills, most of the rest of the ride was downhill. Some of those hills were very fast! I was the slowest in the group, but 36 mph is fast for me. Perhaps seeing all the crashes at this year’s Tour de France has me paranoid, but I kept trying to slow down. I probably should have just gone as fast as everyone else. Patrick hit 48.5 miles per hour!

We decided to skip the final stop at the Williamsburg Market. We altered the route and came back to Pulaski Park using the Thursday night route. I had fallen behind by this point, but Melissa was nice enough wait at the new turnoff point so I did not take the long way back.

We arrived back at Pulaski Park around 1:50 PM, about an hour before the rain arrived. In total, we rode approximately 51 miles (15 miles on dirt/gravel) with 4,000 feet of climbing. Our moving time was a little under four hours. Today’s ride was a lot of fun. I hope this can become a regular occurrence. For our next experimental gravel ride, we may want to divide into two groups, extremely fast and everyone else.