Amazing turnout at the SMR this morning, with around 24 riders — one of the biggest Saturday rides I’ve been on. Tim had route duty this week, and he came up with a great one, traversing the southern tier of the hilltowns, with some brutal climbs and a fair amount of dirt thrown in.

We took the standard TNR route to Williamsburg, and then turned left onto Village Hill Road to take the back roads paralleling Route 9 up into Goshen. This starts with a steep paved climb, and then eventually turns to dirt — steep, and then really steep, on a sun-baked section of dry dirt that took most of us off our bikes to hike up, although some did manage to clean this section.

Those who raced Hilltowns last Saturday enjoyed an encore performance of the long descent on Route 9 from Goshen into Cummington. I flatted near the end of the descent, but managed to limp into the Olde Creamery where we stopped to refuel. I got stuck in line at the cash register behind an old lady buying a bushel of produce, and the rest of the group rolled out without me. Fortunately I knew the route, and I chased up Route 112 and eventually found the group waiting for me at the top of the climb.

We turned off 112 onto the aptly-named Trouble Street in Worthington, which initially features a steep paved climb and then turns to dirt and descends and then climbs a bunch more. Roberto and Peter spotted a bear in this section. After Trouble Street we hit Route 143, where a few folks branched off to take a shorter route home, while the rest of us forged ahead, enjoying the great descent on nice smooth pavement on River Road.

The smooth sailing came to a halt when we hung a right onto Clark Wright Road, which has a huge initial wall followed by an even steeper section that continues around several bends in the road, and seems like it will never end. I knew it was hard when I heard Roberto say “I need to stop and catch my breath” near the top of this section. This turned out to be the easier half of Clark Wright Road. After regrouping near the middle and passing through another dirt section, we passed an oncoming pickup truck whose driver warned us “I don’t think you’ll be able to pedal up that hill up ahead”. Pish pish, we said, and forged ahead, coming back onto pavement right at the point where the grade pitched up to around 25%. I had serious doubts about whether I’d be able to keep the bike moving forward, especially while dodging huge sections of broken pavement.

We emerged on the Skyline Trail, with a couple of tough climbs and quick descents leading to the big descent down into Huntington, where we took our second stop at the Huntington Country Store. Rather than our usual options from here of taking Route 66 or County Road, Tim had one more surprise in store, leading us up Montgomery Road briefly before turning left on Lambson Road, which turns into Harlow Clark. In keeping with the theme of the day, this starts out steep, and then gets steeper, and then turns to dirt, after which it rises and falls steeply several times, before dumping you out onto County Road, which (wait for it) climbs steeply for a while further.

The climbing mercifully ceased at the top of County Road, and after that it was just the long descent down Route 66 back into Northampton, where we arrived around 2:15 PM. I had 66 miles on the odometer at that point at 16.8 mph, with 6,400′ of climbing.

The most appropriate description for today’s ride came from Derek, whose ride description on Strava is “NCC tried to kill me”. I don’t think we killed anyone today, but it was certainly one of the hardest, and most scenic and interesting, routes that I’ve seen on one of our SMRs. Thanks again to Tim for putting together such a fantastic and challenging route.

I forgot to announce this at the start, but please remember that next Saturday, being the first Saturday of the month, will be another Super-Sized Saturday Morning Ride, our fourth and final edition of the summer. The ride will leave at 7:30AM, rather than the usual 9:00AM, and we’ll be heading out to Mount Greylock to preview the upcoming NCC Greylock Hillclimb, which will take place on September 14. This will be around a 100-mile ride from Northampton, with lots of climbing, so please prepare accordingly. 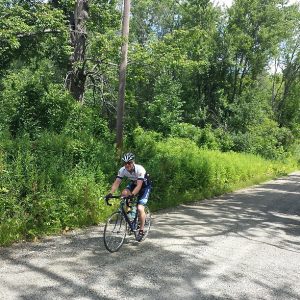 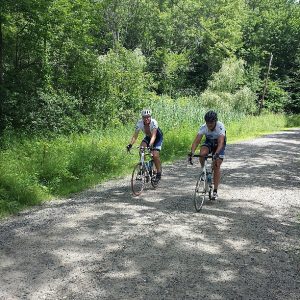 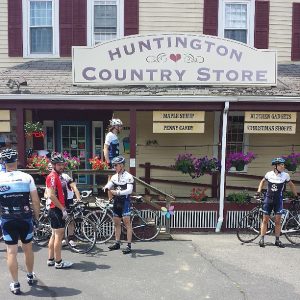 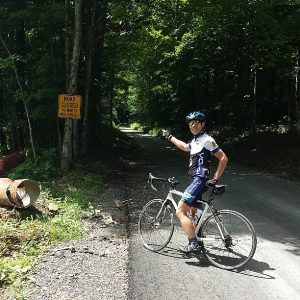 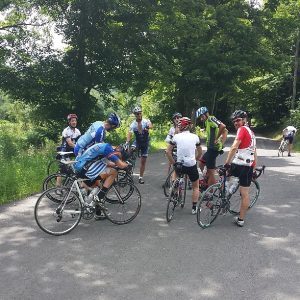 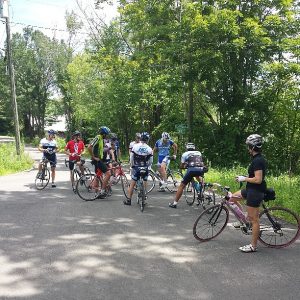 Apparently I just did not have enough of the steep gradients and dirt on Mt. Washington, so I had to find something like it closer to home!

I’ve lived all my life in Western MA, and it still amazes me what hidden roads and routes we have hidden away waiting to be discovered. This one I certainly will remember for a long time, and will go back to tackle again.

The most memorable part of the day for me is what Jonathan already mentioned- that Clark Wright Rd 25% blip. I was so determined to prove that guy in the pickup wrong- it was all I could think of as I almost had to dismount on it. But I made it up. Whew. But, what made it quite worth it was that near the end of the road there were some residents (humans, yes) who actually expressed how impressed they were and congratulated the group I was in as we went by. Bet they don’t see many cyclists tackle that!

It was nice to see so many of you come join us for the SMR. Here’s some snaps I took at the top of the County Rd climb: 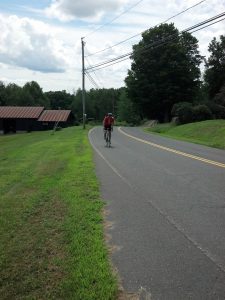 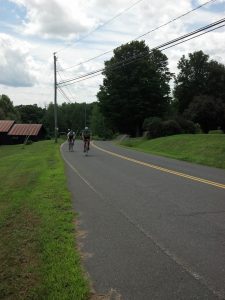 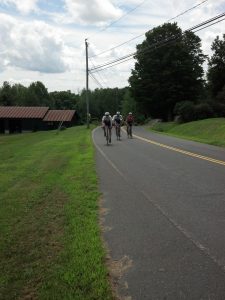 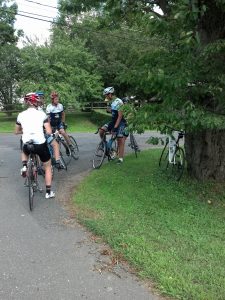 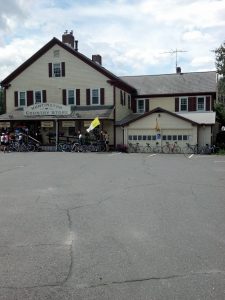 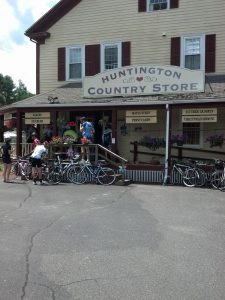 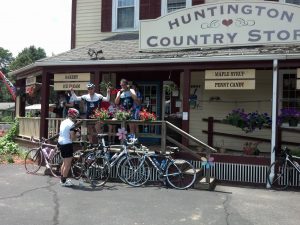 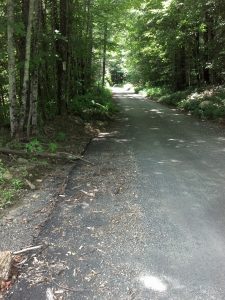 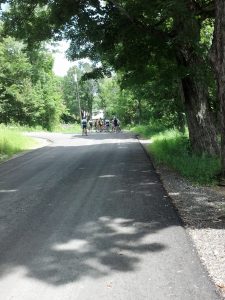