by Jonathan O’Keeffe » Sat Apr 30, 2011 9:29 pm
We had a large group of around 15 turn out on a sunny Saturday morning, with temperatures around 60°. Present were Andrew, Paul, a couple Kevins, Dan, Dawn, Roberto, Christin, Marie, Jen, Max, Chris, Perry, and myself, along with probably a couple others. Desiring to head north to confront the north wind on the outbound leg, we opted for a standard Shelburne Falls loop, figuring that the hills would shield us from some of the wind.

There were some strong climbers in the group, and we spread out right away on the climbs up North Farms Road, and then on Mountain Street and Whately Road, stopping several times to regroup. A few people split off at 116 and shortly after, leaving the rest of us to face the sharp climb on Shelburne Falls Road. Dawn flatted on this section, and then proceeded to slice open most of her knuckles while removing her tire, leaving behind several pools of blood on the roadside that are probably troubling the local authorities at this point.

We stopped to refuel at McCusker’s in Shelburne Falls, where we saw several other groups of cyclists. I warned Kevin about the Kombucha tea he had purchased, but he waved off my concerns, until the point at which he poured it into his water bottle and created an overflowing, foamy, foul-smelling chain reaction. He diluted it with a bunch of plain water to make it (hopefully) palatable, but I suspect that next time, he’ll head across the bridge to pick up some Gatorade.

We left Shelburne Falls on a short sharp climb to 112, followed by a long flatter section. Kevin S. challenged Paul on the only contested town line of the day, but I think Paul held him off. After that it was the very long, steady climb up 112 into Ashfield, where we again split up and regrouped at the top. We descended down 116 to Ashfield center, and then took Greenfield Road south to Williamsburg, with a well-organized high-speed paceline on the lower sections.

We got back into Northampton around 1:45pm, with around 50 miles total at 17.2 mph, and 4,100′ of climbing. Roberto and I limped back to Amherst, accompanied by Kevin S., who was looking for a few extra miles before heading home. 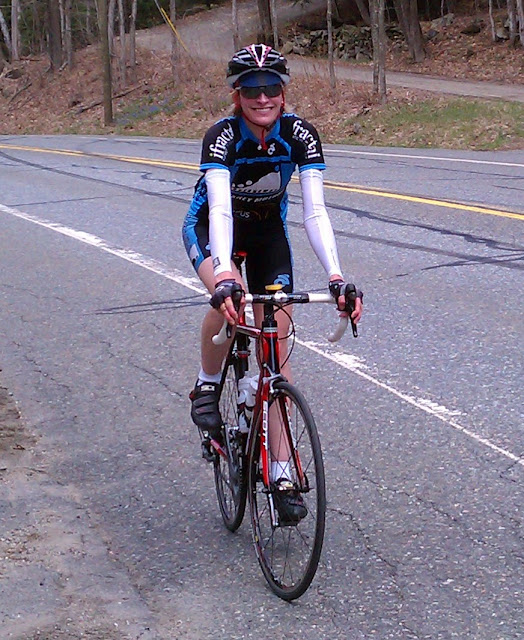 Dawn was one of the first ones up. 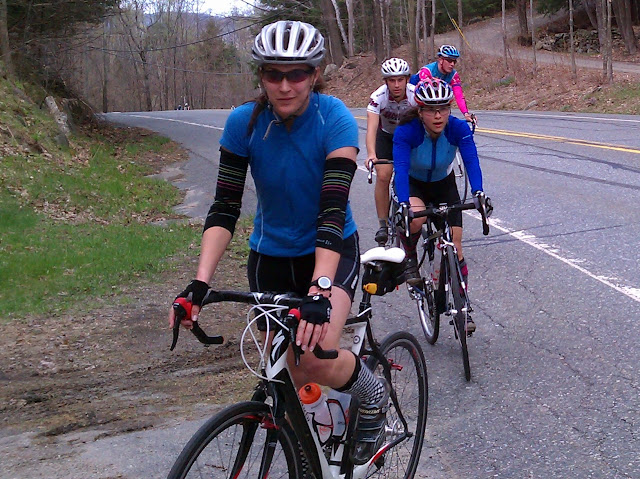 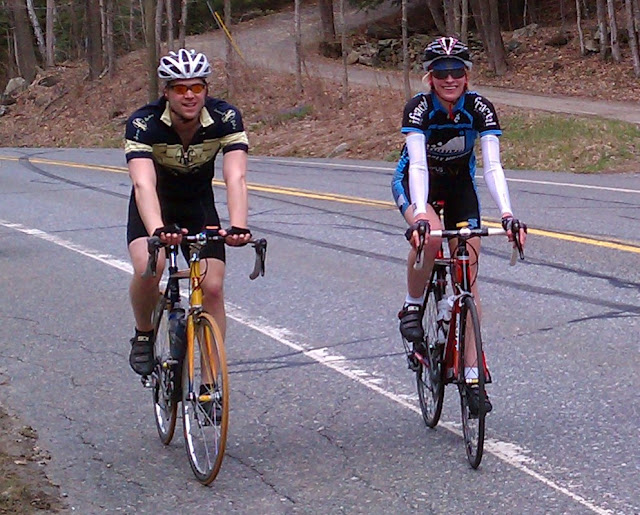 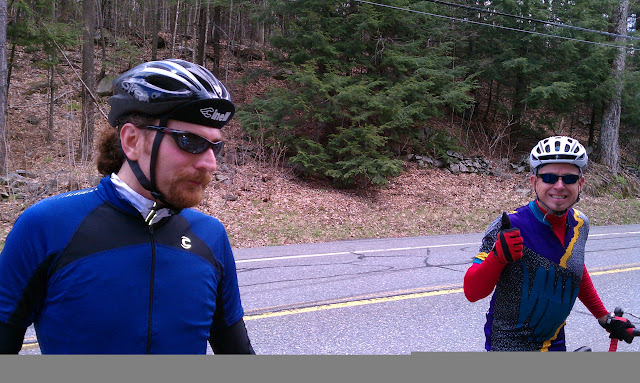 Roberto and Kevin recovering at the summit 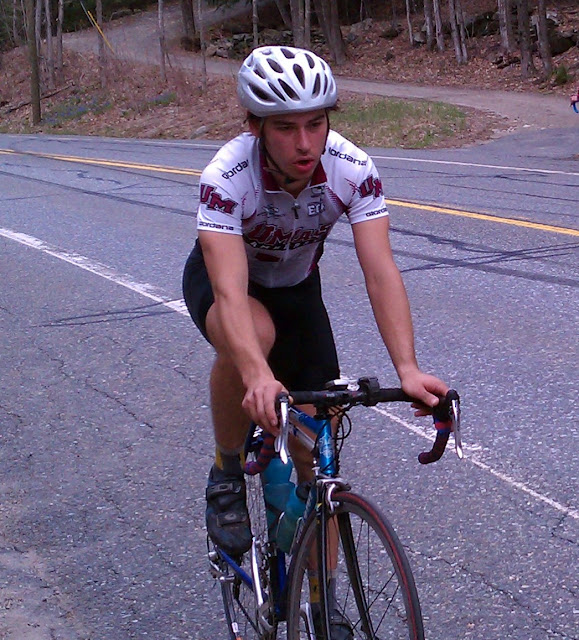 Max, on his second (possibly third?) pass on the upper part of the hill 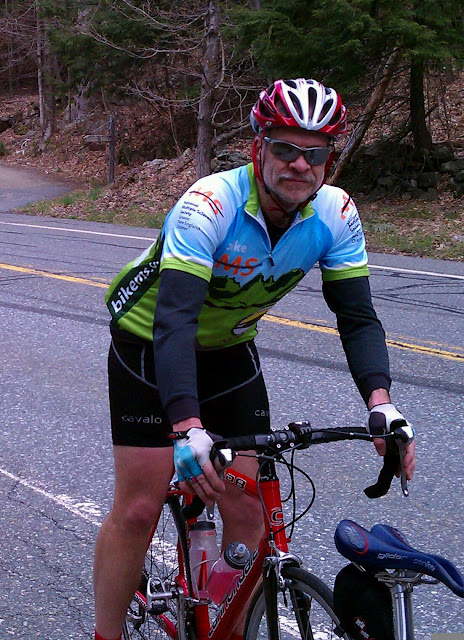 Kevin looking strong at the summit